Hello, as i posted the last of the Inside Out's for the moment last week, I would like to have some feedback on the 'specials' i posted, after all a good number of you downloaded the Brainwave syncs, the meditation series got plenty of interest too. Sharing some of your experiences is not just for my interest but for all interested visitors, so please let me hear from you.

Today's artists continually develop the quality of the sound of their projects,  these guys are seriously keen on contemporary sound technics of chill-out ambient and also folk and world motifs - their music is transforming, develops and is always full of new ideas and concepts, the future sound of Moscow .. ... N'Joy

Koan is the Duo comprised of Daniel Roeth and William Grey, and are based in Moscow, Russia. Daniel had been spinning vinyl since 1993 in local clubs; mainly Acid and Hard Techno. In 1995 he met William, who already had some experience in music making and sampler technologies. Together they founded two projects, “Koan” for Downtempo and “Vacuum Stalkers” for more Progressive/Tech stuff. Daniel soon left his career as a DJ and put all of his energy into the studio work. William took on the role of Sampler Programming/Producer.

During 1995-2005 they wrote and recorded a lot of tracks, some of which disappeared in time bubbles and some of which were released and had a lot of success in local Moscow clubs. The real success came after the release of their first album “Talking Stones” (2005) at the same label When Invisible Becomes Visible EP (2005) and mix-album Signs (2006) were released. It expands borders of Koan's creativity offering absolutely other sight on ethnic lounge, than we have heard on the first album. In the same 2006 there was the first international-published solo disk Koan under the name Two Moon Butterflies (2006). The release has offered listeners the whole new sound quality level. Some indelible hits made album completely sold in no time by all large Internet psy shops. Many top labels released their tracks that year and Koan guys also spends active summer, participating in the European festivals. In 2007 musicians got a little break, fiercely working over the new style, a new sound and new ideas. The release of 5 tracks Fulfilled Wish EP (2007) at fresh perspective Russian studio became an intermediate result of year. Also released out a project composition at the compilation again. Koan was issued also on Blue Tunes Rec. In 2008 digital 4 tracks release Watermarks Remixes - which includes remix from Behind Blue Eyes.

They released “When the Silence is Speaking” in late 2009. In 2010 they were very productive releasing basically 2 double albums   The Signs: Entanglement and Inhale/Exhale. The next year saw the light of day for ‎The Fables Of Belovodye  ‎as well as 2 EP's   Circe's Touch Remixes vol.1 & 2 In 2012 Koan released Argonautica, the Mitakuye Oyasin EP and the six versions La Incertezza EP. 2013 has been relatively quiet thusfar just the Red Path EP and one double album When The Silence Is Speaking / When The Silence Is Moving. You could say these guys have been very productive and all to a very high standard wouldn't they have come from
Russia they'd probably be called a supergroup by now....

Daniel Roeth and William Grey, known as the Moscow Koan is a duo, which arose in the early 1990s. "Legends" consists of 2 parts: "Inhale" and "Exhale", a collection of works 2002-2008. For the connoisseur of electronic, breaks, liquid, melodic, down-tempo and dub style music. This album has it all, absolutely exceptional. The Sequence of the tracks through out the album truly tells a story of its own. Highly recommend 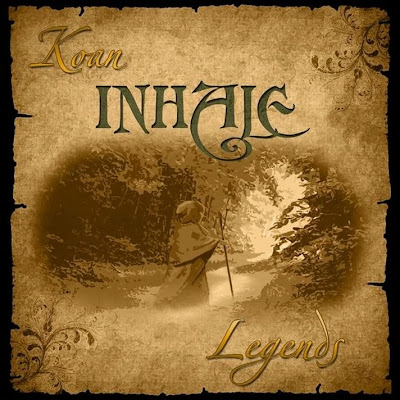 The Fables Of Belovodye is the third album by the Russian duo, which has become one of the greatest acts in the post-2005 psychill scene. The hugely addictive rhythms and the brilliant psycho-acoustic sound effects are all here, crystal clear and beautiful as ever. But with this effort, Koan takes it to a much deeper level. The listener is immersed in a far-away land, swirling in and above misty white oceans and organic landscapes every bit as surreal and wondrous as the sculpture on the front cover. From the beginning to the end the album has an excellent structure in dynamism, fast-after-slow works perfectly.Fables of Belovodye evokes moods as a soundtrack might do, but yet each piece brings a different story entirely. There really is quite nothing out there that sounds like this album. In that sense, and considering that Koan is still mostly unknown in many parts of the world, it seems this is music a couple of generations ahead of its time. 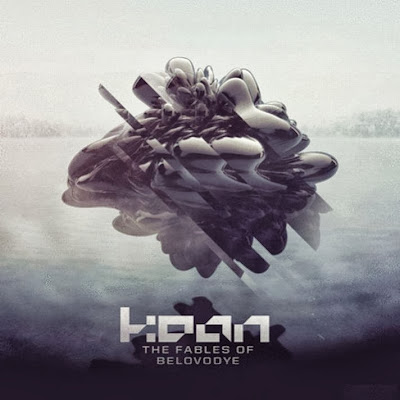 A re-up would be most appreciated please, Rho