Hello, today the beats are of a more suave nature, being cool ain't that hard just loosen up those hips..

These months Frenchies rule the beats and they have plenty to offer even though not that much reaches the world as  the music scene is rather dominated by the Anglo - American music industry. Meanwhile the French enjoyed themselves in their own niche so to speak, and they did rather well.  It takes a lot to preside over the pinnacle of Parisian chic, yet today's artists, lounge guru to the A-list, has been spinning his unique brand of seductive chillout for the past decade. Effortlessly hip, the French king of cool paints aural pictures with global sounds, layering them to create his laid-back lounge music. His masterful mixes strike the perfect balance between soul and chic; his eclectic influences range from nostalgic film music to dub to house.. ....... N'joy

Pompougnac was born in Paris to a psychotherapist and a dental surgeon. He spent his early life in Bordeaux. His first job was as a waiter at the courtyard café of Hôtel Costes in Paris' Les Halles district, but his DJ debut occurred when he was 18, at such Bordeaux discothèques as Ubu, The Colony, and The Dream.

After finishing his studies and national service, Pompougnac spent six months in London before returning to Paris in 1992. In Paris he mixed at such discothèques as Queen, Folies Pigalle, The Locomotive, Diable des Lombards, and Privilège. One year later, he became the resident DJ at Les Bains et Douche, where he met Claude Challe. Reportedly, in 1997 Albert de Paname introduced Pompougnac to Jean-Louis Costes, co-owner of Hôtel Costes, where Pompougnac had worked as a waiter some ten years prior. This time, Costes hired Pompougnac to be the hotel's resident DJ. Hotel Costes, located at the very trendy heart of Paris at 239 rue St-Honoré, is one of France's most famous hot spots, and regularly attracts stars of the film and fashion world.

Since then, Pompougnac's reach has grown. He has worked with Madonna, danced with Nicole Kidman and played movie premieres, catwalk shows and celebrity parties hosted by the likes of Cameron Diaz, Mick Jagger and Christy Turlington. The Hotel Costes CD series has continued to grow, and Pompougnac has also mixed a CD for Saks Fifth Avenue, while his 2003 solo album, "Living on the Edge," which featured REM's Michael Stipe, was hailed for its fresh, intelligent mixes.

The eighth part of the Hôtel Costes compilation released in 2005. In May 2007, DJ delivers his second solo album, Hello Mademoiselle. Pompougnac has published more than 20 studio mixes, and also DJs for the fashion award show Les Venues de la Mode. He has also performed for fashion shows by Gucci and Yves Saint-Laurent.

Stephane is also the A List’s choice of DJ; performing at Cameron Diaz’s restaurant in Miami, the Bamboo Bar as well as playing at the London premier of Ali. In between you might find him playing at Estella Warren's birthday party in New York, at Club Indochine in Zurich for Christy Turlington. Or at his global residences: the Lotus in New York, Jet Set in Moscow, Royal Mirage (Dubai), and still Hotel Costes in Paris. 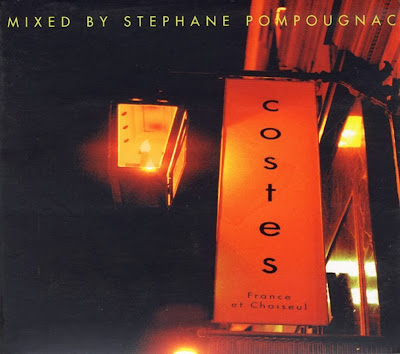 An eclectic collection of jazz-styled funk with a dash of cocktail lounge marks Costes La Suite as another standout by France's Stephane Pompougnac. And the resident DJ of the famous Hotel Costes certainly knows his stuff, mixing up more funky, uplifting house that powers these predominantly English-sung tracks. The funk-filled beats of Lovetronic's "You Are Love" is a standout, while "Carnaval de Sao Vicente," sung by Cesaria Evora, is a mood-setting piece worthy of any '70s-styled B-grade film. Occasionally the album careers towards the cheesy end of lounge, as in "Symphatique," but, otherwise, there's nary a low point. An eclectic mix which maintains a steady groove, Pompougnac continues to find a much sought after balance: music that stands out in its own right and yet makes the perfect backdrop while entertaining friends. Just like at the Hotel Costes, really. 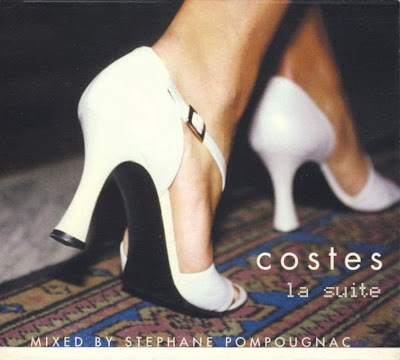 Stéphane Pompougnac's third installment of the his Costes series of mix sessions is strong in track selection and gradually makes a smooth transition into seamless mixes. At first, Costes, Vol. 3 starts off with a chunky mix of songs, and leaves one dreading that the rest of the album will be the same. Gradually Pompougnac shakes off the style and moves on to smoother mixes of foreign language and house-based tunes. With its quirky track selection, the album does nicely as an upbeat lounge compilation or a soothing downtempo house mix. 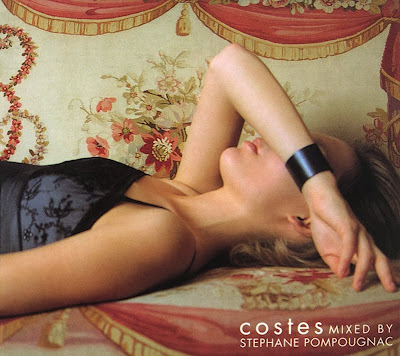 Could You Please Re Up.
TIA
Carlo