Hello, as Snowden's revelations draw in more and more attention,  now European heads of state are being snooped upon 24/7 by the NSA, making sure the playingfield is thoroughly skewed in favor of the US. Terrorism is just a sideshow compared to the use of total awareness spy systems , it's mostly used for economic spionage but don't expect all the dirty bank deals ever showing up one day. Expect the heart of the NSA being surrounded by the biggest scum of this planet, ruthless psychopaths sucking the teets of the NSA to grow their power. On a totally insignifican't side note Vettel looks all set to take his 4th worldtitle this weekend.


These months Frenchies rule the beats and they have plenty to offer even though not that much reaches the world as  the music scene is rather dominated by the Anglo - American music industry. Meanwhile the French enjoyed themselves in their own niche so to speak, and they did rather well.  It takes a lot to preside over the pinnacle of Parisian chic, yet today's artists, lounge guru to the A-list, has been spinning his unique brand of seductive chillout for the past decade. Effortlessly hip, the French king of cool paints aural pictures with global sounds, layering them to create his laid-back beats. His masterful mixes strike the perfect balance between soul and chic; his eclectic influences range from nostalgic film music to dub to house. As i have his complete 21 album discography at hand a second helping here makes sense. ....... N'joy

Pompougnac was born in Paris to a psychotherapist and a dental surgeon. He spent his early life in Bordeaux. His first job was as a waiter at the courtyard café of Hôtel Costes in Paris' Les Halles district, but his DJ debut occurred when he was 18, at such Bordeaux discothèques as Ubu, The Colony, and The Dream.

After finishing his studies and national service, Pompougnac spent six months in London before returning to Paris in 1992. In Paris he mixed at such discothèques as Queen, Folies Pigalle, The Locomotive, Diable des Lombards, and Privilège. One year later, he became the resident DJ at Les Bains et Douche, where he met Claude Challe. Reportedly, in 1997 Albert de Paname introduced Pompougnac to Jean-Louis Costes, co-owner of Hôtel Costes, where Pompougnac had worked as a waiter some ten years prior. This time, Costes hired Pompougnac to be the hotel's resident DJ. Hotel Costes, located at the very trendy heart of Paris at 239 rue St-Honoré, is one of France's most famous hot spots, and regularly attracts stars of the film and fashion world.

Since then, Pompougnac's reach has grown. He has worked with Madonna, danced with Nicole Kidman and played movie premieres, catwalk shows and celebrity parties hosted by the likes of Cameron Diaz, Mick Jagger and Christy Turlington. The Hotel Costes CD series has continued to grow, and Pompougnac has also mixed a CD for Saks Fifth Avenue, while his 2003 solo album, "Living on the Edge," which featured REM's Michael Stipe, was hailed for its fresh, intelligent mixes.

The eighth part of the Hôtel Costes compilation released in 2005. In May 2007, DJ delivers his second solo album, Hello Mademoiselle. Pompougnac has published more than 20 studio mixes, and also DJs for the fashion award show Les Venues de la Mode. He has also performed for fashion shows by Gucci and Yves Saint-Laurent.

Stephane is also the A List’s choice of DJ; performing at Cameron Diaz’s restaurant in Miami, the Bamboo Bar as well as playing at the London premier of Ali. In between you might find him playing at Estella Warren's birthday party in New York, at Club Indochine in Zurich for Christy Turlington. Or at his global residences: the Lotus in New York, Jet Set in Moscow, Royal Mirage (Dubai), and still Hotel Costes in Paris.

The Hotel Costes series continues to compile darkly attractive lounge music for listeners with an ear open to the sounds of percussive drum'n'bass. Many of Stéphane Pompougnac's picks revolve around the Thievery Corporation sound (Imada, Gotan Project, Dublex Inc.), serrated breakbeats quietly slamming into intelligible jazz and emphasis-free house music. Early on, there's little beating the Method's "I've Got a Cat." A taut production and cheerful, simplistic female vocals -- the title includes every piece of lyric -- float over what can realistically be described as a slide guitar gurgling salt water. With its adaptable selection, Hotel Costes, Vol. 4 rolls over much of its competition; it's never too stern and it's compiled with a light, often unmixed touch. 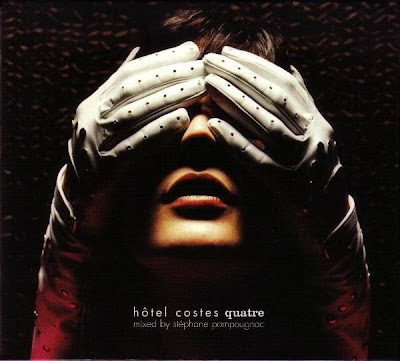 Living on the Edge is the first studio album by French DJ Stéphane Pompougnac. In Thailand, Pompougnac held a launch party for both the album and Hôtel Costes, Vol. 6 on March 2, 2004 at the Si Lom Road Sofitel in Bangkok. The mixer of the illustious Hotel Costes series has finally released his own album with some very good stuff! And for those of you expecting this to be a doppelganger of the series, you're absolutely right! "Living on the Edge" has that Pompougnac flavor that has been on Hotel Costes for years. There's bossa nova (Morenito), hiphop (the title track), pop (the cute and clumsy,"Clumsy"), jazz (Loulou de Pomérane), funk (Pour Faire le Portrait d'Un Oiseau), ambient (Fog) and house (every other song in between). Of course, there are a few songs here that you may have heard on previous stuff by Pompougnac, but, OK, so what? It is his material--the fact remains that SP has proven that he is just as skilled as an artist as he is a mixer! 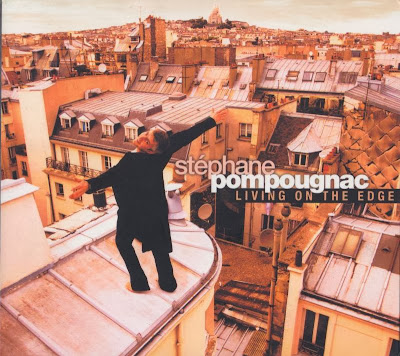 Alif Tree's “Belle,” Soundstream’s remix of Rhythm & Sound's “Free for All,” Freedom Dub's hushed cover of the Rolling Stones' “Emotional Rescue,” Gotan Project's “Diferente,” and Status IV's “You Ain’t Really Down” highlight Stéphane Pompougnac's ninth commercial mix for Paris’ Hôtel Costes. Pompougnac opens the disc with his version of Ennio Morricone's “The Ballad of Sacco and Vanzetti” and gently settles into another assortment of contemporary dance tracks that mirrors his lush, downtempo aesthetic. 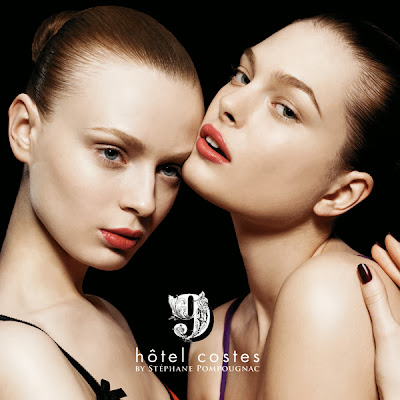 Rho-Xs, a re-up would be appreciated please.

I don't think Stephane Pompougnac - Hotel Costes, Neuf was ever reuploaded. The link seems to require VIP access... Weird. Could you check it?

Thank you very much.