Hello,  the silvery carcasses of two giant oarfish were discovered along the Southern California coast last week, baffling scientists and gaining a growing online following who gawked at the bony, snake-like creatures. The rarely seen deep sea-dwelling creatures, which can grow to more than 50 feet, may be the inspiration of sea monsters found in literature and throughout history, to the Japanese they are the harbingers of earthquake doom. Ooops but then the Japanese face lot's of impending doom, Fukushima could still blow up and it's youth is no longer interested in the opposite sex a third of the girls prefer a career and that means..no kids, at the same time young men prefer virtual worlds where status is more tied to skill. There i was that all that Hentai, obsessed with big breasts and rape and tediously demure or extremely talkative girls was to blame. Whatever, Japan is already a very old society but it looks it will get much worse.

As we continue the females in the eighties, today time for the grandma of rock chics , she's just 2 years younger than grandpa Jagger, but she's been touring plenty this last decade (far more than the grandpa) supported by a band that have been close over the decades. She's a good soul in a world of make believe, before the pain struck her band they produced 6 succesful albums  N'joy

In the early 1970s, Chris Stein moved to New York City and, inspired by the New York Dolls, aimed to join a similar band. He joined The Stilettos in 1973 as their guitarist and formed a romantic relationship with the band's vocalist, Deborah Harry. A former waitress and Playboy Bunny. Stein and Harry formed a new band with drummer Billy O'Connor and bassist Fred Smith. By 1975, Smith and O'Connor had left, and the line-up was Stein and Harry plus drummer Clem Burke, keyboard player Jimmy Destri and bass player Gary Valentine. Originally billed as Angel and the Snake the band renamed themselves Blondie in late 1975. They became regulars at New York's Club 51, Max's Kansas City and CBGB. Blondie got their first record deal with Private Stock Records in the mid-'70s and released their debut album Blondie in 1976

In August 77, Chrysalis Records bought their contract from Private Stock and in October reissued Blondie and released the second album, Plastic Letters. Blondie expanded to a sextet in November with the addition of bassist Nigel Harrison (born in Princes Risborough, Buckinghamshire, England), as Infante switched to guitar.  Plastic Letters was promoted extensively throughout Europe and Asia by Chrysalis Records. The album's first single, "Denis", was a cover version of Randy and the Rainbows' 1963 hit. It reached number two on the British singles charts, while both the album and its second single, "(I'm Always Touched by Your) Presence, Dear", reached the British top ten. That chart success, along with a successful 1978 UK tour, made Blondie one of the first American new wave bands to achieve mainstream success in the United Kingdom.

Parallel Lines, Blondie's third album, was produced by Mike Chapman. Its first two singles were "Picture This" and "Hanging on the Telephone". "Heart of Glass" was their first U.S. hit. It was a reworking of a rock song that the group had performed since its formation, but updated with strong elements of disco music. Clem Burke later said the revamped version was inspired partly by Kraftwerk and partly by the Bee Gee's "Stayin' Alive". Heart of Glass became a popular worldwide success. Selling more than one million copies and garnering major airplay, the single reached number one in many countries including the U.S., where, for the most part, Blondie had previously been considered an "underground" band. The song was accompanied by a music video that showcased Deborah Harry's hard-edged and playfully sexual persona, and she began to attain a celebrity status that set her apart from the other band members, who were largely ignored by the media, and thereby laid the groundwork for Blondie's demise......

Their fourth album, Eat to the Beat, was well received by critics as a suitable follow-up to Parallel Lines, but in the U.S. it failed to achieve the same level of success. In the UK, the single "Atomic" reached number one, "Dreaming" number two, and "Union City Blue" was another top 20 hit, while in the U.S. their singles did not chart as strongly.


Meanwhile, Harry was collaborating with German disco producer Giorgio Moroder on "Call Me," the theme from the movie American Gigolo. It became Blondie's second transatlantic chart-topper. Blondie's fifth album, Autoamerican, was released in November 1980, and its first single was the reggae-cover "The Tide Is High," which went to number one in the U.S. and U.K. The second single was the rap-oriented "Rapture," which topped the U.S. pop charts and went Top Ten in the U.K. But the band's eclectic style reflected a diminished participation by its members -- Infante sued, charging that he wasn't being used on the records, though he settled and stayed in the lineup. But in 1981, the members of Blondie worked on individual projects, notably Harry's gold-selling solo album, KooKoo. The Best of Blondie was released in the fall of the year. The Hunter, Blondie's sixth album, was released in May 1982, preceded by the single "Island of Lost Souls," a Top 40 hit in the U.S. and U.K. "War Child" also became a Top 40 hit in the U.K., but The Hunter was a commercial disappointment.

At the same time, Stein became seriously ill with the genetic disease pemphigus. As a result, Blondie broke up in October 1982, with Deborah Harry launching a part-time solo career while caring for Stein, who eventually recovered.

In the nineties EMI and Chrysalis Records cashed in some more and released several compilations and collections of remixed versions of some of their biggest hits. One of which is Beautiful, a rather ironic title when at the time 95, Debbie was rather volumunous. The remixes on the album which was e- released in a slightly different order and tracklisting are rather inconsistant , Blondie deserved better i think.

In 1998, the original lineup of Harry, Stein, Destri, and Burke reunited to tour Europe, their first series of dates in 16 years; a new LP, No Exit, followed early the next year. After more touring, this was followed by another album the dissapointing, The Curse of Blondie, in 2003, and a DVD of the Live by Request program from A&E was released in 2004. That year, Jimmy Destri left the group in order to deal with drug addiction, leaving Harry, Stein and Burke as the only members of the original line-up still with the band. Though Destri's stint in rehab was successful, he was not invited back into the band. In 2006, Blondie celebrated their 30th anniversary with induction into the Rock & Roll Hall of Fame and the release of Greatest Hits: Sound & Vision, a best-of collection that contained all their classic videos as well.

October 2009, the band began recording sessions for their ninth studio album with producer Jeff Saltzman in Woodstock, New York. After playing with the band for over a decade, both Leigh Foxx (bass) and Paul Carbonara (guitar) were elevated to official membership status with Blondie; keyboard player Matt Katz-Bohen, who had replaced Destri, was also made on official member, making Blondie a six-piece band. The new album, titled Panic of Girls was finally released May 2011, after  the support "Endangered Species Tour" of 2010 had finished their label Sony clearly lacked faith and or money to push them back into the limelight. The band continued to tour regularly into 2012. A concert in New York City was streamed live on YouTube on October 11, 2012. The same week, the band listed three previously unreleased songs recorded during the Panic of Girls sessions ("Bride of Infinity", "Rock On", and "Dead Air") were made available for free download

If new wave was about reconfiguring and recontextualizing simple pop/rock forms of the '50s and '60s in new, ironic, and aggressive ways, then Blondie, which took the girl group style of the early and mid-'60s and added a '70s archness, fit right in. Blondie's secret weapon, which was deployed increasingly over their career, was a canny pop straddle -- they sent the music up and celebrated it at the same time. So, for instance, songs like "X Offender" (their first single) and "In the Flesh" (their first hit, in Australia) had the tough-girl-with-a-tender-heart tone, while going one step too far into hard-edged decadence  The whole point was that you could take Blondie either way, and lead singer Deborah Harry's vocals, which combined rock fervor with a kiss-off quality, reinforced that, as did the band's energetic, trashy sound. This album, released on independent label Private Sound, was not a major hit, but it provided a template for the future. 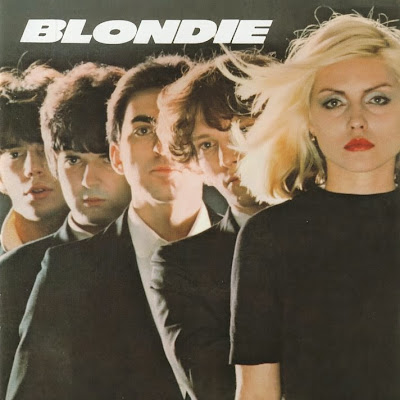 In artistic terms, Plastic Letters, Blondie's second album, was a classic example of the sophomore slump. If their debut, Blondie, was a precise update of the early-'60s girl group sound, delivered with an ironic, '70s sensibility, its follow-up seemed to consist of leftovers. The production (again courtesy of Richard Gottehrer) was once again bright and sharp, but in the service of lesser material it alone couldn't save the collection. The two exceptions to the general mediocrity were "Denis," a revival of Randy & the Rainbows' 1963 hit "Denise," for which Deborah Harry sang a verse in French to justify the name and gender change, and "(I'm Always Touched by Your) Presence, Dear," written by Gary Valentine, who had left Blondie shortly before the recording of the album. Due to these two songs, the album became a commercial success, at least overseas. British-based Chrysalis Records had bought out Private Stock, giving Blondie greater distribution and more of an international marketing focus. The result was that "Denis" broke them in Europe, nearly topping the U.K. charts and followed into the Top Ten by "(I'm Always Touched by Your) Presence, Dear," with the album also peaking in the Top Ten. In the U.S., Blondie finally charted, making the Top 100. 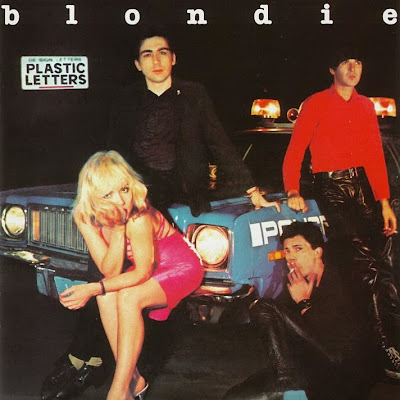 Blondie turned to British pop producer Mike Chapman for their third album, on which they abandoned any pretensions to new wave legitimacy (just in time, given the decline of the new wave) and emerged as a pure pop band. But it wasn't just Chapman that made Parallel Lines Blondie's best album; it was the band's own songwriting, including Deborah Harry, Chris Stein, and James Destri's "Picture This," and Harry and Stein's "Heart of Glass," and Harry and new bass player Nigel Harrison's "One Way or Another," plus two contributions from nonbandmember Jack Lee, "Will Anything Happen?" and "Hanging on the Telephone." That was enough to give Blondie a number one on both sides of the Atlantic with "Heart of Glass" and three more U.K. hits, but what impresses is the album's depth and consistency -- album tracks like "Fade Away and Radiate" and "Just Go Away" are as impressive as the songs pulled for singles. The result is state-of-the-art pop/rock circa 1978, with Harry's tough-girl glamour setting the pattern that would be exploited over the next decade by a host of successors. Parallel Lines was ranked at number 140 on Rolling Stone magazine's list of The 500 Greatest Albums of All Time, as of 2012, the album has sold over 20 million copies worldwide. 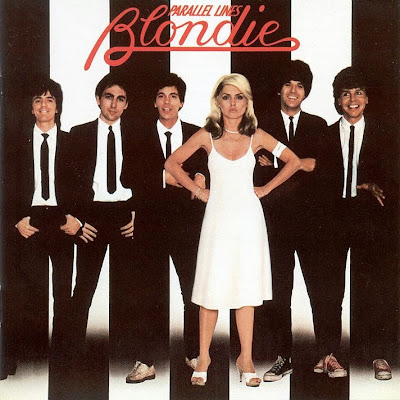 Hi Rho-Xs - thanks for the Blondie - they're great albums that bring back memories! Having an issue with Plastic Letters from D/files - telling me "access is denied". I've tried 3 times to access it - is this an issue my end? Thanks!

Hello Rho,
Can you re-up the Blondie albums please?