Hello, today the 130th post of GoldyRhox, classic pop rock, in the darklight a UK band, that derived their name from the metric total of semen ejaculated by the average male, the tongue-in-cheek British art-pop band comprised an all-star roster of Manchester-based musicians: vocalist/guitarist Graham Gouldman was a former member of the Mockingbirds and the author of hits for the Yardbirds, the Hollies, Herman's Hermits and Jeff Beck; singer/guitarist Eric Stewart was an alum of Wayne Fontana & the Mindbenders; and vocalists/multi-instrumentalists Kevin Godley and Lol Creme were both highly regarded studio players. Formed in 1970, they began as a session unit dubbed Hotlegs; after establishing residence at Stewart's Strawberry Studios, Hotlegs scored a surprise U.K. smash with the single "Neanderthal Man," subsequently issuing an LP.

For the most part, the group featured two strong songwriting teams, one 'commercial' and one 'artistic', but both teams injected sharp wit into lyrically dextrous and musically varied songs. Stewart and Gouldman were predominantly pop-song-writers, who created most of the band's accessible songs. By way of contrast, Godley and Creme were the predominantly experimental half of the band, featuring an Art School sensibility and cinematic inspired writing. Every member of the group is a multi-instrumentalist, singer, writer and producer, and the writing teams regularly switched partners, so that Godley/Gouldman or Creme/Stewart compositions were not uncommon. After Godley and Creme left the band in 1976, Gouldman and Stewart were the main creative forces behind the band. Stewart left the band in 1996, and Gouldman continues to lead a touring version of the band to this day. 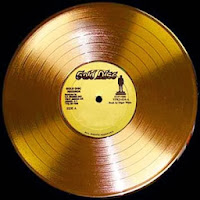 Today's mystery album is the third studio album by the English art rock band. It was released in 1975 and peaked at number three on the UK Albums Chart. The album was the first to be released by Mercury Records after signing the band for $1 million in February 1975. The catalyst for the deal was the fact the record executives had heard one song – "I'm Not in Love".

Eric Stewart recalls: “At that point in time we were still on Jonathan King's label, but struggling. We were absolutely skint, the lot of us, we were really struggling seriously, and Philips Phonogram wanted to do a deal with us. They wanted to buy Jonathan King's contract. I rang them. I said come and have a listen to what we've done, come and have a listen to this track. And they came up and they freaked, and they said, "This is a masterpiece. How much money, what do you want? What sort of a contract do you want? We'll do anything, we'll sign it." On the strength of that one song, we did a five-year deal with them for five albums and they paid us a serious amount of money.”

The rest of the album, which was already complete, was released just weeks later. It was recorded and produced by the band at Strawberry Studios in 1974 with lead-singer Eric Stewart engineering and mixing. It received good reviews when originally released as LP and Cassette by Mercury Records in March 1975. The first single "Life Is A Minestrone" was another UK Top 10 for the band, peaking at #7. Their biggest success came with the song that sold the album, "I'm Not in Love", which gave the band their second UK #1 in June 1975. The song also provided them with their first major US chart success when the song reached #2.The album has since been re-issued on several occasions with bonus tracks and having been remastered. The artwork was designed by Hipgnosis team and illustrated by artist Humphrey Ocean.