Hello, today the 131th post of GoldyRhox, classic pop rock, in the darklight a British progressive rock band, active between 1975 and 1990, consisting of Eric Woolfson and Alan Parsons surrounded by a varying number of session musicians and some relatively consistent band members such as guitarist Ian Bairnson. Behind the revolving line-up and the regular sidemen, the true core of the Project was the duo of Parsons and Woolfson. Woolfson was a songwriter by profession, but also a composer and pianist. Parsons was a successful producer and accomplished engineer. Almost all songs on the band's albums are credited to "Woolfson/Parsons".

Through the late 1970s and early 1980s, the group's popularity continued to grow (although they were always more popular in North America and Continental Europe than in their home country, never achieving a UK Top 40 single or Top 20 album).
Most of the Project's titles, especially the early work, share common traits, they were concept albums, and typically began with an instrumental introduction which faded into the first song. The group was notable for using several vocal performers instead of having a single lead vocalist. Lead vocal duties were shared by guest vocalists chosen by their vocal style to complement each song. Woolfson sang lead on many of the group's hits (including "Time" and "Eye in the Sky") and the record company pressured Parsons to use him more, but Parsons preferred "real" singers, which Woolfson admitted he was not. The band sold over 50 million albums world-wide. Woolfsen died (age 64) from kidney cancer in London on 2 December 2009. He was survived by his wife, daughters Sally Seddon and Lorna Covington and three grandchildren 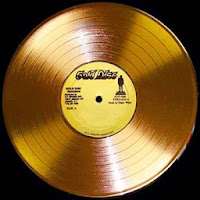 Today's mystery album is the fourth studio album by the band released 27 August 1979. The album's concept deals with the female's overpowering effect on man. Each song touches on her ability to dissect the male ego, especially through sexual means, originating with Eve's tempting Adam in the beginning of time. Not only does this idea gain strength as the album progresses, but a musical battle of the sexes begins to arise through each song. The gorgeous "You Won't Be There" spotlights man's insecurity. Sung by Dave Townsend, its melodramatic feel sets a perfect tone. Other gems include the bitter but forceful "Damned If I Do" sung by Lenny Zakatek, and the dominating fury of "Lucifer," a powerful instrumental. The female vocalists, Lesley Duncan and Clare Torry do a splendid job of representing the females point of view throughout the album. Not only does it solidify its main idea, but the songs are highly entertaining with catchy rhythms and intelligent lyrics. Musically, the tempo appealingly switches back and forth from slow to quick, as does the temperament of the album. It's one of their finest marriages of both concept and music. The cover art for the album by Hipgnosis features three women wearing veils, with their faces partially in shadow. The image wraps around from left side of the front cover to the back. Two of the women are shown on the front cover, with the third on the back. On the shaded part of each woman's face, the shadows and veils partially conceal disfiguring scars and sores. Here in the remastered and extended 07 version.

Your wish has been fulfilled yyyo