Today more from Mali, after all it has one of the most intensely musical cultures in all Africa. Today's artist sort of announced himself the previous weeks, he is unique not only because of his reputation as the "Golden Voice of Africa" but because he has albinism aswell, a bad omen in supersticious Africa. But then he was of royal heritage alas this meant that under the Malian caste system, he should never have become a singer, which was deemed to be a griot’s role. In short a most unlikely career was what followed here. ......N'joy

So Les Ambassadeurs were sophisticated and 'hip',  leader of the hip team was Guinean guitarist Manfila Kanté, who had joined the orchestra a year before Salif, coming from Ivory Coast. He succeeded Malian sax player Moussa 'Vieux' Sissoko as chef d'orchestre. Among the other team members were Tagus Traoré (trumpet) from Guinea and singer Ousmane Dia, a Senegalese who had played with the legendary Star Band. But the majority came from Mali, with organist Idrissa Sumaoro (who will the subject of a future post), rhythm guitarist Amadou Bagayoko (of Amadou & Mariam fame), multi-instrumentalist (flute, balafon, violin) Keletigui Diabaté and singer Beidy Sacko.

Salif and Manfila (died juli 2011 age 65) formed a unique artistic alliance, together they forged a directory bold and innovative Mandingo combining tradition and modernity. In 1978, Les Ambassadeurs, left to try their luck in Abidjan and renamed International Ambassadors record an album in a few hours will find a snapshot across West Africa and beyond success "Mandjou" ... Crowned this success, Les Ambassadeurs recorded in 1980 the album Seydou Bathily . Then the following year out Tounkan and Mana Mani , two albums from sessions conducted in Washington, USA that will become references of the new African generation. . 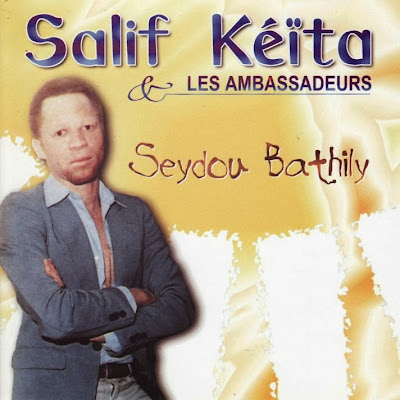 Salif Keita's success story reads like an improbable historical novel. Born in Mali and descended from a famous warrior king of the Manding Empire, Keita is an albino, which is still considered bad luck in many parts of Africa. He was ostracized from birth, and his childhood was marred by his father's oft-expressed revulsion. Although it was considered shameful for people of his caste to become entertainers, he must have felt that he didn't have much lose, so he migrated to the capitol city of Bamako bent on a career as a singer. After epochal stints fronting bands like Rail Band and les Ambassadeurs, he moved to Paris during the mid-'80s. His reputation had proceeded him, and he quickly became a fixture on the flourishing African music circuit. Although he was famous in Africa and had achieved a strong fan base among connoisseurs around the world, Soro was his international breakthrough album. The project was produced by Ibrahima Sylla, a visionary who had already discovered dozens of African stars and would later become the driving force behind Africando. The arrangements featured the roiling rhythms, slightly nasal female backup choirs, and traditional percussion typical of Malian music. But these were nearly overwhelmed by attack-trained brass charts, rocked-out electric guitars, overtly synthetic keyboards, and programmed drums. In retrospect, only a voice as powerful as Keita's could have not only managed to cut through the din but make an ally of it. Despite a tendency to sound somewhat dated, Soro preserves the Golden Voice of Mali at an absolute peak of perfection, 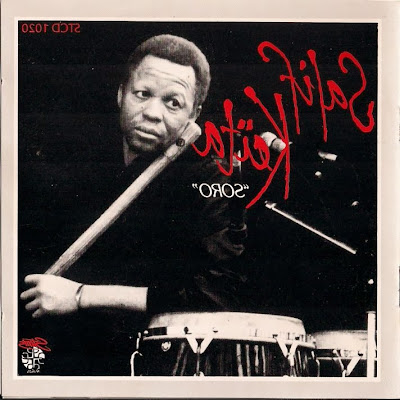 An early-'90s album from the great Salif Keita. This one pulls out all the stops to appeal to a Western audience at some level. Keita's vocals are, as always, outstanding. On top of this, though, a slew of performers make appearances and/or help out on production. Former bandmate Kante Manfila provides the primary guitar work for the album and master keyboardist Joe Zawinul both plays keyboards throughout and provides the production work. Also, balafon master Keletegui Diabate provides some outstanding work where needed. To top this, both Carlos Santana and Wayne Shorter make appearances on their respective instruments within the structure of the album. As would be expected, then, the album sounds wonderful. Zawinul's production shies away from being overly glossy, but has enough doctoring to blend the sounds together in just the right way. As far as Keita albums are concerned, this is one of the best, and as far as Afro-pop is concerned, this is also one of the best. Anyone looking to break into Afro-pop should pick this album up, as it combines the work of a true vocal master with the work of a number of musicians (Western and African) of the highest caliber to create a seamless work on the whole. 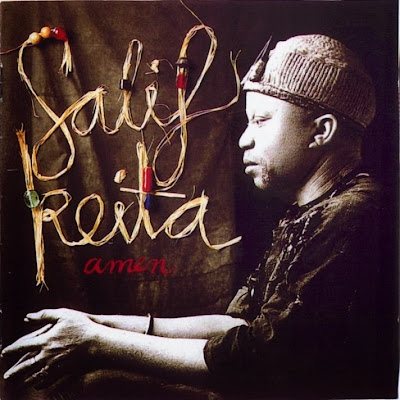