Today more from Mali, after all it has one of the most intensely musical cultures in all Africa. Today's artist sort of announced himself the previous weeks, he is unique not only because of his reputation as the "Golden Voice of Africa" but because he has albinism as well, a bad omen in superstitious Africa. But then he was of royal heritage alas this meant that under the Malian caste system, he should never have become a singer, which was deemed to be a griot’s role. In short a most unlikely career was what followed here. ......N'joy

The Lost Album resurrects six lengthy and largely acoustic tracks recorded in 1980 by West African singer Salif Keita and his longtime collaborator, guitarist Kante Manfila. Musical partners since the late '60s, first in the Rail Band and then in Les Ambassadeurs Internationaux, Keita and Manfila seem to be moving away from that group's somewhat westernized Afro-pop sound with these sessions. This is not to say that these are all traditional African musical forms: although the hypnotic "Toura Makan" sounds like it could have fit on one of the Nonesuch Explorers collections, Manfila's opening showcase "I Djo Fama" begins with a double-tracked acoustic guitar figure that's been processed to sound like Mike Oldfield's trademark half-speed guitar experiments. The arrangements are stripped down and the production medium-fi at best; some percussion, kalimba, a bit of trumpet, and a female vocal chorus make occasional appearances (frustratingly, there are no personnel or recording credits), but throughout, the focus remains on Keita's spellbinding vocals. Free of the synthesized gloss of his breakthrough solo albums from later in the decade, The Lost Album features a young Keita in a slightly rougher but warmly intimate musical setting. 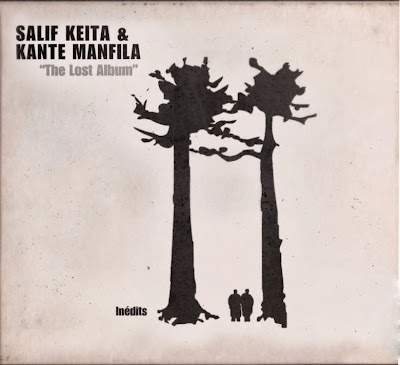 Sometimes a return to basics can be the best way for an artist to move forward. For Salif Keita, that's definitely the case with Moffou. In spite of using a hefty number of musicians (17, plus six backing vocalists), the sound is very stripped-down. Even the supple electric guitar work of Djeli Moussa Kouyaté is mellow and low-key. The real beauty here is Keita's voice, carefully framed and used to maximum effect. High, almost piercing, it's a gorgeous instrument that can ride and transform a melody, whether the lulling gentleness of "Yamore" or the more upbeat -- but never frenzied -- "Iniagige." Overall, it's a record of swaying, seductive gentleness, one perfectly suited to Keita's style. After a few artistic missteps, he needs an album like this to reaffirm who he is and give a renewal to his sound. While it's strongly rooted, it's by no means strictly a Malian roots album; that's never been all of his music by any means. While ineffably West African, there's a lovely light sheen to the production that could only be European, and serves the sound well, smoothing it out but never losing the intimate flavor that's at the album's heart. Moffou reaffirms Keita's star status, and his reputation as one of the world's most glorious voices. 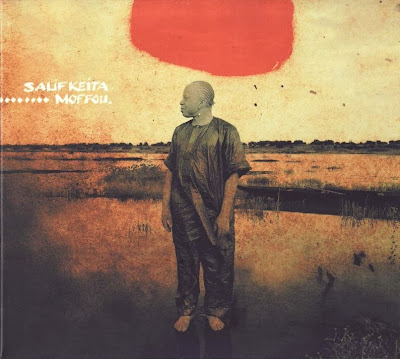 The Grammy nominated West African artist, Salif Keita, whose voice The Washington Post once declared as "one other mortals can only aspire to" returned after many years to Bamako, Mali to record M'Bemba, a remarkable, multifaceted collection which beautifully blends native choirs (comprised of his foster sisters), rolling hypnotic guitars, happily dancing percussion, and such indigenous instruments as ngoni lute and kora. These evoke the memory of Keita's ancestor, Sundiata Keita, the warrior king who founded the Mandingo Empire in the 13th century. Over the course of an hour, Keita -- whose globally successful 35-year career has somewhat offset the hardships he's faced in his homeland being an albino and a musician -- weaves a true tapestry of all of his favorite global influences. These include rock, soul, French chanson, and Afro-Cuban rhythms, all stirred up around his deep, guttural vocals, echoing chants, the seductive, jangling guitars, and a variety of earthy grooves. On the gentler reflections, like the opening track "Bobo," and the sweet, anthemic title track (enhanced by the female chorus), there's a hauntingly beautiful sense of history mixed with struggle and, ultimately, optimism. While the album will mostly be enjoyed by fans of real-deal African music, newcomers will hopefully be inspired to begin mining Keita's rich history as both a musician and a survivor. 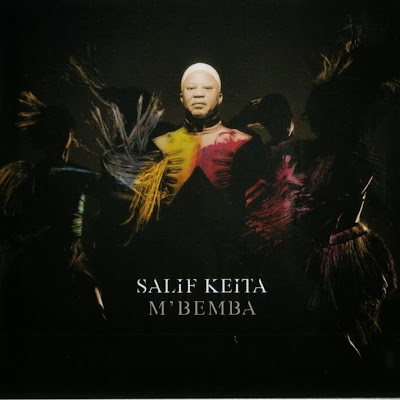 excellent blog!
fan of malian music, i could find some unknown (for me) recordings.
thanks.

One more request from me. This time I'd love for you to reupload Salif Keita's "Moffou" album.

Thank you and have a great day!

Can you please re-up Moffou.