Today more from Mali, after all it has one of the most intensely musical cultures in all Africa. Today's artist sort of announced himself the previous weeks, he is unique not only because of his reputation as the "Golden Voice of Africa" but because he has albinism aswell, a bad omen in supersticious Africa. But then he was of royal heritage alas this meant that under the Malian caste system, he should never have become a singer, which was deemed to be a griot’s role. In short a most unlikely career was what followed here today compilations of his seventies work. ......N'joy

In the spring of 1973 Salif Keita left the Rail Band to join Les Ambassadeurs du Motel. About the move he states (in Florent Mazzoleni's "Salif Keita - La voix du Mandingue): "With the Rail Band I learned nothing, we only played what we heard. Les Ambassadeurs were more experienced: we weren't playing modernised folklore. Les Elephants Noirs* were intellectuals. Arriving at the group I signed an apprenticeship contract to study music. We really played all kinds of music. We were like a real family, I really felt more at ease with Les Ambassadeurs. We rehearsed and studied the songs from 10 a.m. to 2 p.m. and played them the same evening."

So Les Ambassadeurs were sophisticated and 'hip',  leader of the hip team was Guinean guitarist Manfila Kanté, who had joined the orchestra a year before Salif, coming from Ivory Coast. He succeeded Malian sax player Moussa 'Vieux' Sissoko as chef d'orchestre. Among the other team members were Tagus Traoré (trumpet) from Guinea and singer Ousmane Dia, a Senegalese who had played with the legendary Star Band. But the majority came from Mali, with organist Idrissa Sumaoro (who will the subject of a future post), rhythm guitarist Amadou Bagayoko (of Amadou & Mariam fame), multi-instrumentalist (flute, balafon, violin) Keletigui Diabaté and singer Beidy Sacko. 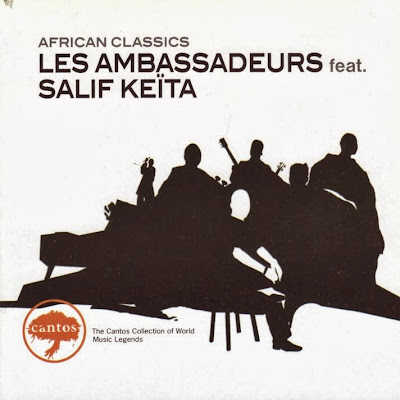 From the Wrasse label comes this compilation of works featuring the great Mansa of Mali in his earlier days. The album essentially covers the years up to 1984, when Les Ambassadeurs broke up. The coverage is of the old Rail Band days with Mory Kante, the Ambassadeurs days (from Bamako and Abidjan) with Kante Manfila, and some of the early solo work from Salif Keita. The instrumental work is outstanding, as both of the bands of which Keita was a member were known for their musicality (as well as taking Mandingo music electric and mixing in some Cuban sounds). The highlight is, of course, Keita's powerful vocals, though at the time of some of these recordings, he still hadn't spent much time listening to American singers (Stevie Wonder, Ray Charles, and Tina Turner are often cited as influences), so the sound isn't developed to the stage it was at later. If there is any problem to be had with the album, it's that the recording quality is at times mildly less than perfect (though still not too bad). The music is good, and Keita's singing exceptional. 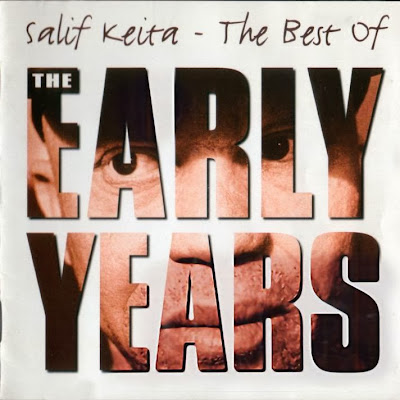 Salif Keita - The Best Of The Early Years (flac 436mb)

How do you make a compilation of the early years of Salif Keita, one of Mali's golden voices, without his classic "Mandjou"? The answer is, you don't, and it's included on 1969-1980. The tracks mostly come from the latter half of the period, after he'd left the Super Rail Band and set up with les Ambassadeurs. Recorded in Abidjan and Washington, D.C., it's stirring stuff from one of the great, if underrated, African bands. Under the leadership of Kante Manfila, les Ambassadeurs had it all -- the swing and roots, and the jazz abilities equal to anybody, anywhere. But Keita's voice was the icing on the cake, as he proved again and again, not only on "Mandjou," but also tracks like "Mana-Mani" and "Sidiki." He might not have been born into a griot family, but his voice possessed all the magic of a griot, ranging easily from rough to silky, with a staggering emotional range that's amply demonstrated in these songs. If you only know Keita from his solo work -- some of which has been very patchy -- you owe it to yourself to go back and discover his excellent roots. 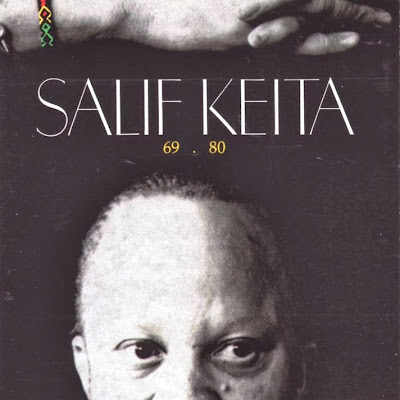 Thanks for all these posts. Really cool listening to music that I wouldn't come across normally.

Thanks very much for the re-ups Rho!
Peace,
DJ

Gello Rho!
There are some more I missed but for the while, would you please re-up: