Hello, as Tea Party dances around as they feel they hurt Pres. Obama, it's the ordinary Federal employee that faces hardship. American politics has become a joke, it's why a third party is essential, maybe the republicans will split. That would be a good outcome new Republicans to the middle and Tea Party (republicans) to the right. In two weeks this confused party could bring the US crashing down if they refuse to raise the debt ceiling, how gun ho would that be ? Panic in the streets of London, and this whilst the western media have kept Fukushima out of the limelight, they start removing partly damaged fuel rods in November, the chances of a catastrophe are high, it could even become a global catastrophe, yet the task will be done by nervous company-men. And this ain't no Hollywood blockbuster, don't expect the Fab-Four or aliens come to the rescue. All of a sudden the silly predictions of a global war in 2015 look a little less unlikely.

As we continue the females in the eighties today, today an American singer, songwriter, she went through a punk rock phase, wearing a Mohawk hairdo and squatting in abandoned buildings in San Francisco, plenty of streetcred then, her success started in a most unusual way, the UK took a shine to an album she didn't know existed as it's recording was done in a most informal way. The first real album was a success however she didn't want to take that path and these days walks born again with god. But thiis here is about her eighties work. .....N'Joy

Michelle Shocked was born Michelle Johnston in Dallas, TX, in 1962, where she spent her early childhood traveling around army bases. In 1977, she ran away from her Mormon fundamentalist mother to live with her father, who introduced her to country bluesmen Big Bill Broonzy and Leadbelly, as well as contemporary songwriters Guy Clark and Randy Newman. She spent the next several years exploring the folk underground, spending the early '80s in Austin, where she began honing her own songwriting skills. After dropping out of the University of Texas, she moved to San Francisco, where she quickly embraced the city's punk scene. When she returned home, her mother had her committed to a psychiatric hospital. She was released when her insurance ran out. Shocked left Texas in 1983, traveled throughout the U.S., and became an activist in the squatters movement in New York. In 1984, she moved to Amsterdam. In 1984, Shocked adopted the stage name "Michelle Shocked", often 'misquoted' as "Miss Shell Shocked" or "Me-Shell-Shocked" (delibarate ambivilance for sure)

In 1986, Shocked returned to the U.S. and, while volunteering at the Kerrville Folk Festival, English producer Pete Lawrence was impressed by her campfire-side playing and recorded her on his Sony Walkman. The recordings surfaced in the fall of that year as The Texas Campfire Tapes on Cooking Vinyl Records and became a surprise hit in England, eventually topping the independent charts. The success led to her signing with Mercury Records in 1988. Short Sharp Shocked, produced by Pete Anderson in 1988, displayed even more talent, combining the informal, tradition-rooted folkiness of The Texas Campfire Tapes with a strong postmodern feminist perspective and punk attitude. The album quickly earned her respect among the alternative community and critics.

In an unexpected move, Shocked returned in 1989 with Captain Swing, a '40s-style big band swing outing that surprised her fans initially but had no shortage of strong material. In 1992, she took something of a step back with Arkansas Traveler, a rootsy collection of songs based on the blackface minstrelsy that covered all forms of early American, homegrown music.That same year Shocked married journalist Bart Bull (they divorced in 2004). In 1993, Mercury finally became fed up with her confusing style jumping and refused to release her proposed gospel album. She then left on a solo tour, selling her newly recorded, independently produced (with Tony Berg) Kind Hearted Woman. Late in 1995, Shocked began legal action against Mercury Records to break her contract.

By 1996, Shocked was released from Mercury and embarked on the First Annual Underground Test Site Tour, with Fianchna O'Braonain. Another independent release, Artists Make Lousy Slaves, was sold at the shows. Kind Hearted Woman was picked up for commercial re-release by Private Music in 1996, and as a condition of her release from Mercury, her old label released a "best-of" compilation, Mercury Poise: 1988-1995, the same year.

In the mid-1990s, Shocked joined the choir of the West Angeles Church of God in Christ. After attending for several years, she became a born again Christian. Since her religious conversion, Shocked has made statements against homosexuality, linking this stance to her religious beliefs. After laying low for several years, in 2002 Shocked re-emerged with a new album, the gospel-influenced Deep Natural, and her own record label, Mighty Sound. In addition to releasing new work from Shocked, Mighty Sound began a program of expanded reissues of her back catalog, which she gained control of following her release from Mercury.

While performing at the Wild Goose Festival in June 2011, a Christian event at which the inclusion of gay Christians was debated, Shocked responded to an audience member's question about homosexuality by saying "Who drafted me as a gay icon? You are looking at the world's greatest homophobe. Ask God what He thinks." On March 17, 2013, Shocked made an impromptu speech against same-sex marriage during a concert at Yoshi's nightclub in San Francisco, which led some audience members to leave in protest, and club management to end the show. At least eight venues cancelled scheduled performances in response to reports of Shocked's remarks. But let's remember she's been committed to a psychiatric hospital by her religiously fanatic mother, becoming one, though without children, was always on the cards, sad.

This album contains recordings of Michelle Shocked during a serendipitous meeting between English music enthusiast and wannabe record label exec Pete Lawrence and Shocked. The story goes that they were both attending the 1986 Kerrville Folk Festival in Texas when, during a walk around the campgrounds, Lawrence heard Shocked playing and asked if she would sing some of her songs for him. He produced a Sony Walkman cassette recorder and off they went. Shocked apparently thought nothing more of it until she received word that her new album had charted in England. She made the most of the opportunity and performed her very first professional gig at the Queen Elizabeth Hall in London. The album's lo-to-no fidelity actually works in favor of overall ambience as it creates a palpably organic backdrop for Shocked's uniformly enchanting tales. Her honestly executed material provides stripped-down authenticity that perfectly matches the singer/songwriter's original voice. The ultimately informal performance allows Shocked to effortlessly segue songs together into mini-medleys and give brief spoken explanations of tracks such as "The Incomplete Image" -- which seems to be more of a description of the fragmented work than an arbitrary title. Musically, Shocked seems to deeply draw upon the ramblin' imagery of Pete Seeger and Woody Guthrie on tracks such as "Down on Thomas Street" or her Bay Area ode "Fogtown." In 2003 Shocked and producer Cheryl Pawelski reissued a complete version of these recordings titled Texas Campfire Takes (2003) . 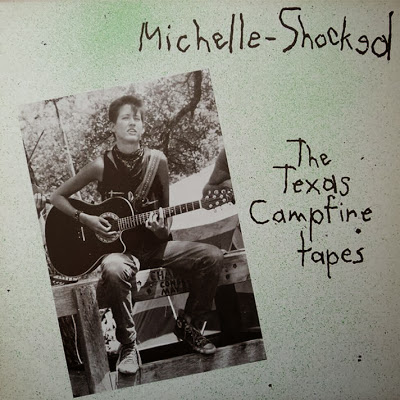 Short Sharp Shocked released in 1988 was remastered and reissued in 2003 as a two-CD set by Shocked's own label, Mighty Sound. The title is a combination of her last name, and the behavioral science phrase short, sharp shock meaning "punishment that is quick and severe." The album finds Shocked taking a semi-fond trip back to an East Texas childhood, and all of the defined roles, limited expectations, claustrophobia, and ultimate rebellion coming from that environment. Musically, she tackles the spectrum of rootsy folk in a warm way that shows not only a love for, but also a great deal of knowledge of the forms (producer Pete Anderson added a Nashville gloss to the recordings that shouldn't go unnoticed). The songs have a very personal, almost diary feel, but at the same time, they speak a universal language -- none so poignant as the album's centerpiece, "Anchorage," a touching letter from an old friend. The cover photo, which shows Shocked restrained by police officers during a protest, indicates little about the music found within (save for the uncredited album closer, the hardcore punk work-up of "Fog Town" featuring MDC), but the music certainly reveals much about the protestor. 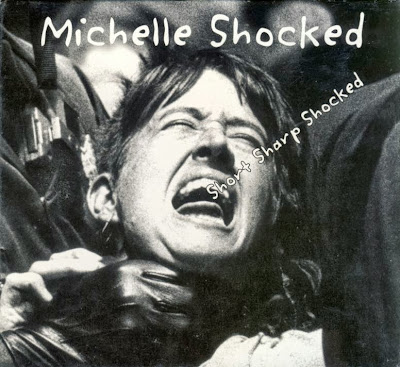 Shocked made a big jump from The Texas Campfire Tapes to Short Sharp Shocked, but no one expected the direction she would take for Captain Swing. Rather than continuing as a folky singer/songwriter, she opted instead to take on western swing and big-band music, complete with horn-heavy arrangements and bright orchestration. And although the cartoon image of her on the cover gives a smirk and a sly wink, the album is surprising devoid of irony. She treats the genre with affection and she's obviously having a good time swinging. Captain Swing may have confused fans of Short Sharp Shocked, but the album has several great moments, and most of all, it offers a good time. 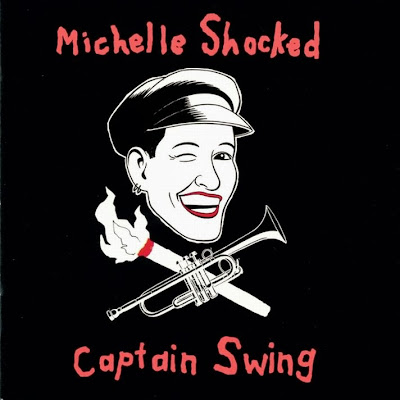