Hello, these past 2 years there has been a weekly dose of reggae here, I estimate about 250 reggae/dub albums have been highlighted, for me the choices have eroded, admittedly there is still a lively reggae scene on Jamaica and beyond but it's output is more drowned out by todays cacophony and it has become a niche once again. Besides, I don't post new work. I'm sure that there will be more from the reggae/dub scene here but on a more occasional basis. For now i will end the series with a number of sampler albums

For the last foreseeable time we return to the place where it all started, Jamaica, over the years there have been countless sampler albums, it was the quickest and cheapest way for an artist to reach a bigger public and to create a name not just among peers. Funk and reggae are a grand jive to begin with, just on paper; the even swing of reggae and the complicated, thick bass grooves and expressive vocals of funk and R&B are a rhythm all-star team.   .....N'joy

Here are some fun, funky reggae grooves for ya. This compilation is comprised of remastered originals and covers from the vaults of Island Records' sister label, Trojan Records. It's a nice snapshot of the funk that was always present in reggae and its ska and rocksteady predecessors, and how hard hitting American R&B from the era was eventually infused. Tough, vital music that contains some of the most powerful, hypnotic grooves ever committed to tape; if you think reggae is all aimless ganja-fueled noodling, you really need to hear this. 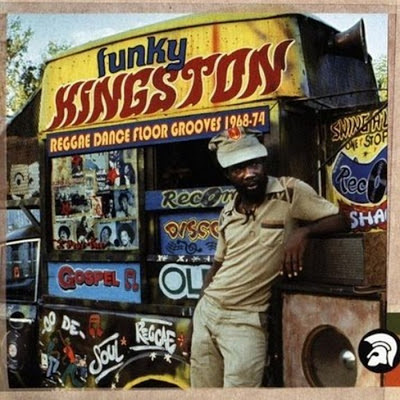 "Soul Power", the sequel to the beautiful Funky Reggae Sampler "Funky Kingston" is packed with 20 pieces on each whistle purity and fill every floor.  Whether in dance or in the Soul Party.  Known names are next to total nobodys, no one of them knows something.  But that's irrelevant whether a three years or three minutes was famous.  Soul Power is exactly what the name means power, soul power, sweat and sex.  Go to the funky trip with an absolute high light: Shark Wilson & The Basement Heaters (what a name!) Call "Make It Reggae".  Here, the cut as a brilliant sounding perverted bastard of the Godfathers Please "Make It Funky" and a GM is nothing more reggae, riddim, would for the rare groove DJ your trust ever shell out a monthly wage.  And it goes on, whether is fused by the Chequers "Papa Was A Rolling Stone" with "Get Up Stand Up", which once again boil Chosen Few Father "Shaft" or Lee Perry, Bunny Scott along with the "Kinky Fly" dances.  This is highly explosive material.  Disreputable.  Greasy.  Moist.  Dangerous.   To sum up, those who seek the mindless fun place with "Soul Power" is the best drug for a weekend. 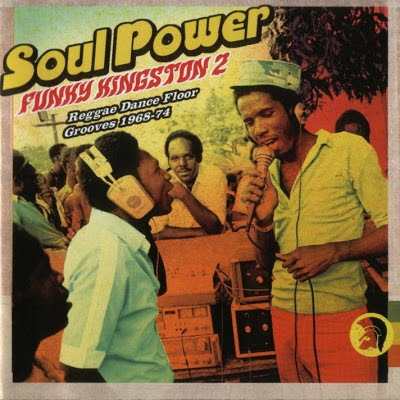 Jamaica Funk gives us a series of some of the finest examples that mainlanders gave something in return. R&B, soul, and funk were all flowing back to the island in relative trickles, flavoring 1970s reggae and combusting into a one-of-a-kind brand of funk--devastating sexy and as politically charged as its reggae cousin--that nonetheless didn't make it back around into the export river. And it may have well perished in molten clumps of vinyl--weathered vinyl whose mortality is brought to life in the disc's liner-note photography--if it hadn't been for this loving, infectious digitization of rare 45s.

There's nothing like a dud here. Lee Perry gets his moment with a Jah Lloyd megafunk--yet with dubby, almost rapped staccato vocals--cover of "Lama." Other joys include the instrumental (sub organ for vocals) kick-drum bump "Jam #1" from Winston Wright and the Upsetters. Sidney, George, and Jackie's wah-ed to heck, clarinet-lit version of "Papa Was a Rolling Stone" is a tiny revelation, and the Now Generation's gentle take on "People Make the World Go Round" is arguably better than the original. Herman and the Aquarians' goofy bounce, "Dunce Cap" (starting "when boy and girl gets together lot of things can happen"), could melt the snow off the poles. 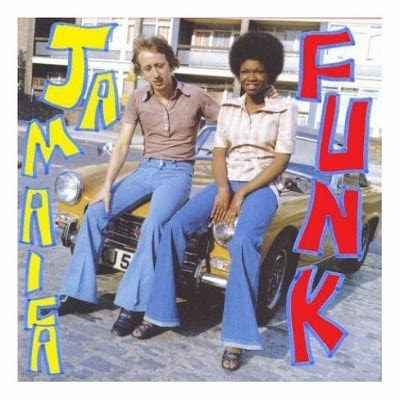 Thanks for these cool albums!
Peace,
Don Julian

Great collection of tracks! I noticed the links to Funky Kingston 2 are dead so I managed to find an alternative link (judging from the file size I am guessing it is the same rip)

Unfortunately, I could not find a working link for the Soul Jazz compilation Jamaica Funk (Original Jamaican Funk And Soul 45's) - so it would be splendid if you could update the link - though I appreciate you are already doing that for other albums and there are only so many hours in a day!

Thank you for re-up.