Hello,  as the Roman Catholic blows its own trumpet once more, declaring former popes holy. Just eight years after his death and little more than two since his beatification, John Paul will be made a saint following the pope's approval of a second miracle attributed to his intercession. Well it should distract from the corrupt practices at the vatican bank the week before, plenty of demons left there.
Wimbledon got it's projected men's final the UK is so desperate to have a Scot Murray win thetitle that should Djokovic refuse to let him have it, the UK stock market will suffer come monday morning. No such drama for the ladies final, however the goodlooking public favorite, Lisicki will have a hard time against the aggressive Corsican Bartoli, it's not just about the 1 million pound prize money but the eternal status at the Wimbledon club as well.

Meanwhile we're here for some beats, we've been getting serious and clinical and it should hardly be a surprise we turned to Germans for that, the coming Beats we remain in Berlin as it is such a cosmopolitan city where creativity /art is highly regarded, it's evident that there's much more to be explored and we just follow the beats. .Native Berliner Sascha Funke's warm take on tech-house is rather clean and very melodic ....... N'joy

Born in 1977 by 1989 Sascha listens to a lot of euro-dance-pop as a twelve year-old. His first purchased record after the fall of the wall was "Technotronic Mega Mix". His first contact with techno and house is thanks to Marusha's radio show 'Rave Satellite'. Sascha buys his first techno record 'The Seawolf' (Underground Resistance).

He organizes parties in youth clubs in the East Berlin section Lichtenberg and thus encounters his first DJ experiences with trance, his mentors were even then Paul Kalkbrenner and Ellen Allien , which still connects him an intense friendship.  1997 Sascha Funke begins his DJ career in berlin clubs like Discount or So36. Sascha attempts first steps as a producer with borrowed equipment and the help of his soon to-be label partner Paul Kalkbrenner in their collective studio, he moved with his first studio in the side rooms of the Casino Club, and began producing his tracks. While in the early days as an organizer of more trance sound was fixed, he later moved to other electronic music genres such as Techno , House and Minimal .

2000 Sascha's musical home becomes Bpitch Control. He DJs at the Ostgut, WMF, Maria and Tresor and releases on Kompakt. Throughout 2000 and early 2001, Funke issued a trio of 12" singles on the label -- Campus, Safety First, and Drei Auf Drei. During the same period, Funke also released a pair of singles for Berlin's BPitch Control imprint -- Luftschloß and 2:1 Fur Die Liebe. Some of his productions for Kompakt have appeared on the Schaffelfieber, Total 2, and Total 3 compilations, but he wound up sticking with BPitch Control for several years, goes on their 'gemeinsam-tour 2002' and works on his first album. Releases his debut-album 'Bravo' in September 2003. Goes on Bravo tour around the world.

In 2006 he moves his studio back into the Bpitch house. Compiles the second “Boogy Bytes” mix CD. In 2008 he releases Mango which got extra exposure because of his appearance in the successful movie Berlin Calling (Kalkenbrenner) That same year he records a live mix at Berlin’s famed Watergate Club (where Funke is a resident DJ). In 2011 he releases Brave

Funke's trio of 12s for the then young Kompakt helped define the sect of that label that thrived on warm, clean, uncluttered productions. When he switched over to BPitch -- where he made his biggest splash of all, with a magnificent 2001 cover of Bros.' "When Will I Be Famous?" -- he fell into that label's reputation for more aggressive sounds and began to leave a significant impact on a second label. Bravo, Funke's overdue full-length debut, is a hodgepodge of old and new material that plays to the producer's two primary strengths -- full-bodied arrangements that balance abrasion and comfort, and his love of dance-pop, regardless of whatever scene it can be shoehorned into. The two tracks with vocalist Fritz Kalkbrenner are unsurprisingly two of the most emotional; while not quite as lyrically focused as Pet Shop Boys (one of Funke's favorites), "Now You Know" and "Forms and Shapes" are as suited for the bedroom as they are tailored for the club. One of the most compelling features of the album is the tension between minimal-minded techno and progressive house. Funke never seems to commit one way or another, but it's no matter -- it helps create a sound of his own that can appeal to followers of both stripes. Those who prefer the Kompakt-era material (none of which is reprised here) will be made most happy with "Quiet Please," a track where the open spaces between the notes are as important as the shimmers of keyboard. It's an excellent album from one of Germany's most consistent producers. 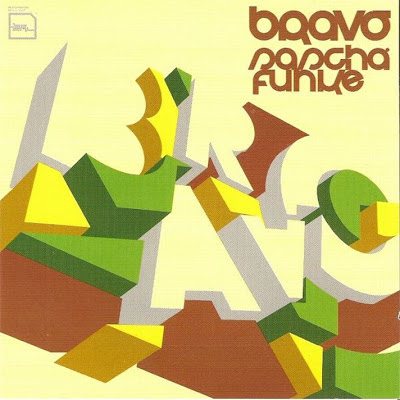 Sascha Funke released a series of generally well-received (if uneven) 12" singles between 2003's Bravo and this, his second production album. Tracks like "To Be," "In Between Days," and "Auf Aix," all released on Bpitch Control, his home base since departing from Kompakt in 2001, enhanced several mix albums. Made of all-new material -- "Double-Checked," while issued as a stand-alone single, was released almost synchronously with the CD and double vinyl -- Mango is much more about moods and textures than Bravo, the majority of it coming across as a subtle way of mining for film score work. The entirety of the sequence plays out without a second of controlled chaos or anything resembling unbridled restlessness, with only "Double Checked" (one of the album's highlights, a bell-and-handclap-enhanced charger with a vampirish spoken bit) and "Lôtre (Mehr Fleisch)" as possible sops to those who are expecting a set suited for dancing or exceeding the speed limit. It all seems unassuming by design, but the danger in that approach is crossing the wrong side of the fine line that separates cunning subtlety from unaffecting tepidity. No track is outright poor, though "Chemin des Figons" comes dangerously close; its overly simplistic, staid foundation and downcast guitar thrums could almost pass as a missing instrumental by post-punk poseurs She Wants Revenge. At the other extreme is the album's opener, a darkly glowing, gorgeously melancholy track in which you can really lose yourself. The remainder of the material, while not incredibly remarkable, is easily enjoyable for background listening or deep thought. One of Bpitch Control's more durable and well-made full-lengths, if not a crowning achievement. 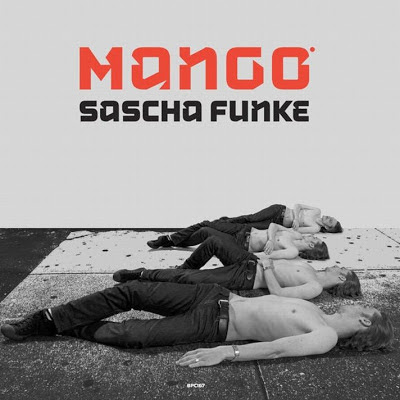 Though it closes with loose pocket house—Patrice Scott's "Visions of Mantada" and the '94 Acid Jesus remix of Milch's "Housefrau"—for the most part Watergate 02 is child happy, melding emotive techno with some of the year's steamier cardiac fare. Of course, it ain't really comin' from the bedroom: it was recorded live at the club in August heat. But there are as many headplay moments as those that make your legs twitch, and Funke's to be commended for a mix that, for all of its core biggies, is still markedly distinct from the year's other big mixes. 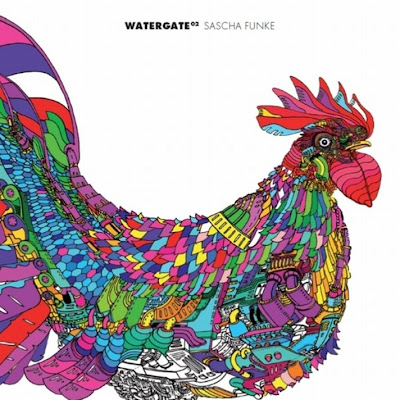 hi, thanks for all the good work. Could you reup this post, please? The man is funky. Mango and Bravo were gone by the time I got here. msj

Thank you and have a pleasant weekend.
T.S.

Could you please reupload the links?