Hello, Aetix time again, first off some of you may have noticed Fileserve no longer hosting. not sure what scared them or whether they consider jumping on the cloud storage bandwagon or maybe they are just confused had a bad experience at a US airport..who knows well fortunately i hadn't much use for them and i've re-upped the files posted there, busy busy times here keeping this blog going.

For 4 years in the early aetix the voice of the John Cooper Clarke orated his insights into the human condition and his own experiences with streetlife. Sadly his path crossed the back alley's/stages where heroin was pushed and being a sensitive experience r he got hooked and disappeared of the stage for the remainder of the eighties. He found his way back in the nineties but saw the audience changed and into xtc and dancing. More recently, Clarke has turned some of his stage act away from an emphasis on performance poetry and towards more of a stand-up-oriented affair, but poetry is still very much a key part of his performance. and still tours with bands around the UK.

Punk poet John Cooper Clarke was born January 25, 1949 in Manchester, England; he first began performing his verse backed by a local folk group called the Ferrets, but in 1977 signed to the Rabid Records label to release the Martin Hannett-produced single "Psycle Sluts." With his rapid-fire verbal delivery and stinging social commentary, Clarke quickly emerged as the poet laureate of the punk movement, and he read his work as an opening act for groups including the Sex Pistols and the Buzzcock

Often referred to as "the bard of Salford", he usually refers to himself on stage as "Johnny Clarke, the name behind the hairstyle". In the summer of 1979, when London's Comedy Store became Britain's first alternative comedy club, John Cooper Clarke was already on the front cover of NME. Clarke has opened for such acts as the Sex Pistols, The Fall, Joy Division, Buzzcocks and Elvis Costello and his set was, and still is on occasion, characterized by lively, rapid-fire renditions of his poems, which were usually performed a cappella.

His recorded output has mainly centred around musical backing from The Invisible Girls, which featured Martin Hannett, Pete Shelley, Bill Nelson, Paul Burgess and Steve Hopkins. His first album, Disguise in Love, was released on Epic in 1978. After supporting Elvis Costello and the Attractions on their legendary Armed Forces tour, Clarke scored a Top 40 hit with the single "Gimmix; " a live disc, Walking Back to Happiness, appeared in 1979, and a year later he released a second studio effort, Snap, Crackle and Bop. While hugely popular as a stage performer, his records sold poorly, and 1982's Zip Style Method was his final release for Epic; while still maintaining a high visibility as a live act, Clarke appeared less and less frequently in the years to follow, spending the better part of the 1980s battling an addiction to heroin. (He also spent several years romantically involved with former Velvet Underground chanteuse Nico, no stranger to drug problems herself.) By the following decade Clarke cleaned up his act, returning to the stage and contributing regularly to poetry journals.

Clarke has often been unfairly pigeonholed as a punk poet, and although his poems do describe a similar inner-city landscape in a comparably spare and streetwise style, his importance as a writer and performer stretches far beyond the finite boundaries of seventies New Wave. Clarke's rat-a-tat rhymes are far funnier than the throwaway gags of almost any stand-up, and his dispassionate fast-forward delivery gives them a momentum that's as invigorating as the purest pop music. Yet on the printed page, his perfect couplets often seem far more wistful, as silent readers are suddenly struck by their true literary worth, which puts them right up there with Britain's finest popular verse. Ten Years In An Open Necked Shirt, first published in 1983, remains a masterful slim volume, featuring such high-rise classics as Kung Fu International and I Married A Monster From Outer Space.

John Cooper-Clarke's caustic brand of "talking in tune" soon won him recognition as the British punk scene's poet laureate. Following the Innocents EP and the 1978 album Où Est la Maison de Fromage? (both on Martin Hannett's Rabid Records), Disguise in Love was Clarke's major-label debut. This album finds the Mancunian bard at his adenoidal, alliterative best, delivering some of his more memorable satirical verses. Fixated on the daily, warts-and-all miseries of life in postwar Britain and beyond, Clarke casts a wide misanthropic net, taking on everything from track suits to extraterrestrials. The Invisible Girls (featuring Bill Nelson, Pete Shelley, and Martin Hannett) provide musical backing that complements each poem, from a minimal, heartbeat-style jogging groove ("Health Fanatic") to a cheesy disco pastiche ("Post War Glamour Girl"). Clarke's performance works well with these arrangements, especially on "(I Married A) Monster From Outer Space" -- a story of intergalactic love gone wrong set to sci-fi electronics -- and "Readers' Wives," on which lurid observations on D.I.Y. polaroid porn are adorned with an appropriately kitschy soundtrack. Clarke's ear for the rhythms of everyday language and his galloping, sometimes staccato delivery can be best appreciated on two unaccompanied pieces: "Salome Maloney," an apocalyptic tale of ballroom dancing and death, and "Psycle Sluts 1&2," an amphetamine-paced paean to biker women praised by Frank Zappa as an example of Clarke's "exquisite diction." While it's a testament to Clarke's comic sensibility that these tracks remain laugh-out-loud funny, it's also important to recognize him as an innovator. 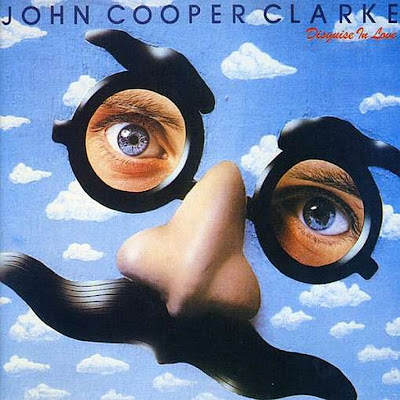 On the one hand, this album demonstrates business as usual with latter-day beat poet John Cooper-Clarke; on the other, it is ripe with unease in terms of Cooper-Clarke's direction, thanks to a more than casual nod to the obligations of a musical approach -- Cooper-Clarke comes perilously close to singing in some spots, and dangerously close to copping a rap approach in others, while the Invisible Girls' backing keeps falling into a low-budget pop trap. Cooper-Clarke's poems remain quirky, and sometimes have his old cynical bite ("Beasley Street" sees him pouring words out against a gradually more urgent backing), but there are far too many times on this set when he seems at a loss as to where he's going. Still, he remains unique. 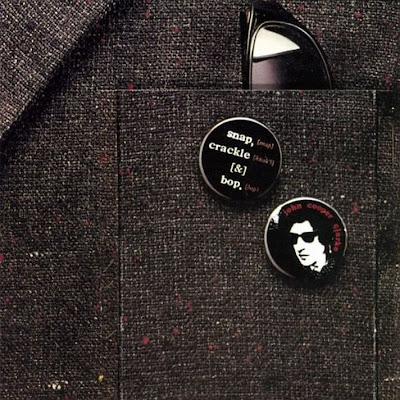 Zip Style Method comes from 1982 and, to date, remains Cooper Clarke’s last set of original material, released before he descended into a personal heroin hell (thankfully he is now clean). It’s evidence of a poet at the height of his powers, bristling with stinging, sardonic satire and taking a sideswipe at Thatcher’s Britain on vignettes such as Midnight Shift and New Assassins. There is also room for his surreal visions, such as The Day My Pad Went Mad. The backing tracks are dated, however, now sounding like quirky 80s synthesizer beats that don’t always enhance the poetry. The extra tracks on this reissue are superior, stripped-down, Peel session versions of some of JCC’s material. 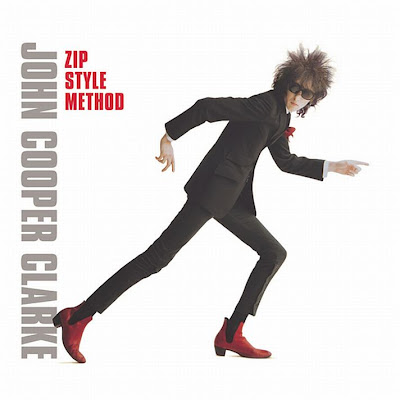 Brilliant!
Don't know what we would do without your TARDIS to great music!
Regards
Ed

Can you please re-up "Disguise In Love" & "Zip Style Method"? Thanks.

Thanks for the quick re-up.

Rho - enjoying some of the re-ups as I missed them first time around.
From Disguise In Love 'Psycle Sluts' - the world seems to end with a Wimp when I play it via Monkey's Audio and with a Wimpy on VLC player. Strange difference but either way not pleasant.
Thanks for all, particularly the Ramones and Trojan Dub recently.

Hi can you re-up john cooper clarke please? Thanks.

Hello, could you provide ''Disguise in Love'' again.The Others would be nice too for the bonustracks,but this record i couldn't find nowhere else (active that is)...
Regards