Hello, some of you may have missed the Grooves thang yesterday, it will be back but I though it was time to switch to beats for the next months, I know it ain't the same but hey it's somethang to get thru those saturdaynights..

Low-frequency oscillation (LFO) is an electronic signal, which is usually below 20 Hz and creates a rhythmic pulse or sweep. This pulse or sweep is often used to modulate synthesizers, delay lines and other audio equipment in order to create effects used in the production of electronic music. Audio effects such as vibrato, tremolo and phasing are examples.
xxxxx xxxxx xxxxx

The Sheffield techno duo of Mark Bell and Gez Varley have a reputation that, at first glance, might seem to exceed their abilities. Having released only two records and not many more singles while they worked together, the pair's apparently meager contribution would hardly seem to bear out the claim that they were one of British techno's most important, agenda-setting groups. Nonetheless, early singles such as "We Are Back," "Freeze," and "Love Is the Message" from their debut Frequencies, as well as "Tied Up" from their second disc, Advance, have indelibly marked British techno with Detroit's progressiveness, electro's funk, and an unflinching, uniquely British experimentalism.

Varley and Bell met while studying a Graphics and Photography course at Leeds and gave their first track, the eponymous "LFO", to Nightmares on Wax. The popularity of the demo in clubs led to the track being released by the Sheffield-based Warp Records in 1990, and it was a Top 20 hit in the U.K., reaching number 12 in the singles charts in July.

The pair had been approached by the Sheffield-based Warp label in the late '80s after tapes the pair had put together on some junky, second-hand equipment caught the ears of local DJs and the dancefloors of local clubs. Both Bell and Varley admit to roots in the early- and mid-'80s hip-hop and electro invasions, as well as the more obvious British acid house explosion, and their affectation for thick, electronic breaks, vocoder samples, and sparse, modal melodies derived largely from that source. (LFO were also one of only a few -- with 808 State and Coldcut -- to find domestic reissue through the New York-based hip-hop label Tommy Boy, making obvious a connection between British experimental techno and American hip-hop and electro-funk.) Releasing their bass-heavy debut in 1991 to universal acclaim, the pair were silent for the next five years, with rumors of a follow-up surfacing from time to time failing to produce anything. Reportedly working with early Depeche Mode member Alan Wilder and Karl Bartos of Kraftwerk (none of that material has ever seen light), LFO finally resurfaced in 1995 with the ironically titled "Tied Up," followed several months later by Advance. The group also remixed tracks for Björk and the Sabres of Paradise, but dissolved the partnership soon after. Varley left in 1996 and formed Feedback with Simon Hartley , while Bell began an intermittent production career, working on tracks for Björk's Homogenic and Dancer In The Dark as well as Depeche Mode's Exciter from 2001. After resolving what Warp called his mid-range crisis, Bell returned with the third LFO full-length, Sheath, in the fall of 2003. Bell performed with Björk on her 1997 Homogenic tour and 2007/2008 Volta tour.

LFO's album Frequencies is really and experiment in bass. Every track on the record has a deep electronic bass theme in the songs. This is probably the most bass driven album I have ever heard. When the album was released it came with a warring that Tommy Boy the bands label was not responsible for speaker damage resulting from the playback of the record. Their sound is still as fresh today as it was in warehouse parties of the early nineties. Frequencies has influenced multiple producers, DJs and bands throughout the years, and the original album charted worldwide and gained Top 40 placement in the UK. It includes the cult dance floor filler ''LFO,'' which achieved a number twelve chart position in the UK. LFO originally released Frequencies in 1991, an album that not only plays a crucial part in Warp's history - but also represents a pivotal moment for the British rave movement. Nearly legendary as the album-that-almost-never-happened, Advance was a full five years in the making, with hardly a peep of new material in between. The result isn't as essential as their debut, but growth and maturity are evident, particularly in the focus and depth of composition. Brash, bold, brave and beautiful, 'Advance' is timeless in its own mid-90s kinda way. The material flows nicely, with the heavier, more body-oriented material broken up by contemplative, atmospheric ambient interludes. In all this is the right measure, the perfect beat, a true masterpiece, don't miss it (again). 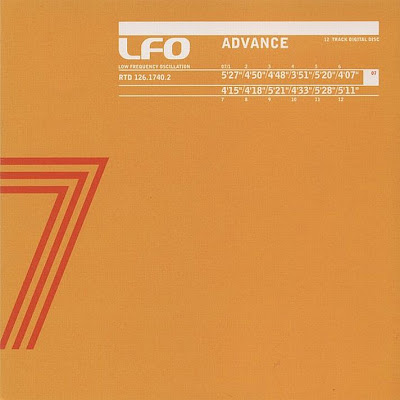 The most anticipated record of the year for fans of British techno, LFO's Sheath is another masterpiece from the pen of Mark Bell, though much of it sounds cobbled together from previous projects. While 1996's Advance foreshadowed electronica's emphasis on dirty percussion and grinding effects lines, Sheath has only a few tracks along those lines; the rest ranges from gauzy electronic pop to jarring yet brittle techno hardcore to deep subbass reminiscent of the first few LFO singles. Ethereal and richly melodic, the opener, "Blown," sounds like a valentine to Björk, whose 1997 masterpiece Homogenic was produced by Bell. While the second track (the relentlessly percussive "Mum-Man") is as harsh as the previous was gentle, most of Sheath is given over to down-tempo work, like the beautiful "Sleepy Chicken" -- though, true to form, it's followed by a stark, vocoder-led bleep nightmare, the single "Freak." No concept, few forms to mark a shift in LFO's sound; just a set of productions that prove, once again, Bell is the most imaginative producer in British techno. 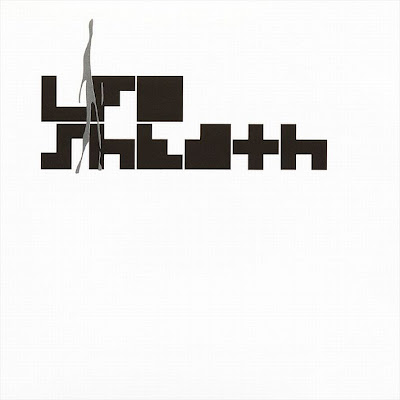 if you make these files available again i will commence legal action against you for copyright breach. Do not share our music share your girlfriend about and see how she likes that. No doubt you'd do it for a few extra quid. L.F.O

Hello, first of I have no commercial interest nor do i want to profit in any way of the music i post. You seem to be infected by the music industry's delusion that you as a band loose money from this, let me tell you, i think i'm very optimistic if 5% of my visitors ever heard of LFO before this post. I'm doing you a service, that is if you are still active, if not do you really think stopping me will buy you a beer or two in the pub ?
You seem totally ignorant about how huge the music choice is, not to mention other activities like games and how little time to consume it all.

I don't believe you'd rather be forgotten and not paid, rests me to say i won't make them available again and i doubt very much i will ever play your music ever again- at home that is, maybe i shouldn't have bought these in the first place.

You fully realize that if LFO did actually find this, they'd send their lawyers to the site and not post some snotty bullshit.

I considered that obviously, on the other hand LFO seems dead and it could well be a frustrated member did a search and this site came up early, hence the angry words. I'm not that worried about the legal thing neither do i seek a confrontation.

Hello. I appreciate the conflict above may have been tense and unwarranted, but I do like some of the stuff LFO came out with. If you still have this stuff around, I would be very grateful for a reupload of these albums.

Thanks for your service. Ignore the cunts and keep spreading the good vibes - that way, once your time is up, others can carry on doing what you are doing.

Hello Josh at the time of my initial post, it turned out that Frequencies had just gotten a re-release after 20 years, i'd guess sales had been disappointing hence the angry response. As it happens Mark Bell has died 3 years ago on an operation table, may he rest in peace.