Matthew Cooper (Eluvium) relocated to Portland, Oregon several years back and has since spent many a night holed up in his house transforming the vibrations in his brain into sweeping walls of elegant noise. With a depth ranging from fragile to glacial, he takes dense layers of guitars and pianos and builds them into an awe-inspiring fortress around himself.

Eluvium is the moniker of ambient recording artist Matthew Cooper, who currently resides in Portland, Oregon. Cooper, who was born in Tennessee and raised in Louisville, Kentucky before relocating to the Northwest, is known for blending various genres of experimental music including shoegaze, electronic, minimalism and piano. His albums often feature artwork and photographs by Jeannie Paske.

His ambient washes and symphonic guitar pieces would feel equally at home on a Brian Eno record or a Fennesz recording. His debut release, Lambent Material, was released on the Temporary Residence imprint in 2003. Cooper recorded five full-lengths for the label over the next three years (An Accidental Memory in the Case of Death, Talk Amongst the Trees, Travels in Constants, and Copia) before taking a short break and returning with Similes and The Motion Makes Me Last EP in 2010.

In April 2008 it was announced that Cooper would release a "solo album" under the name Matthew Robert Cooper. Writing on the Temporary Residence message boards Cooper explained the change "this is not far from something "eluvium" would release—but since i began writing them—i felt that they were somehow disconnected from eluvium—perhaps a different personality took shape—thus, the use of a different name. Miniatures was slated for a Summer 2008 limited vinyl release.

Cooper has also teamed up with Charles Buckingham, with whom he has worked on the ambient video project titled Window Exchange, to produce the "unedited improvised basement minidisc recordings" of 'Concert Silence'. In the Fall of 2007, Concert Silence made 09.22.07 [2-3pm], a 51-minute, six part instrumental piece. Cooper has scored fellow Portlander Matt McCormick's feature film debut "Some Days Are Better Than Others".

What sets Lambent Material apart from most of the inevitable conveniences of comparison is that the debut release by Eluvium (aka Matthew Cooper) is really worthy of such high praise. Taking bits and pieces of each of the aforementioned artists and filtering them through his own creativity, Eluvium visits familiar elements of ambient music; the drones, washes, and layers are all there and in full force, with no filler or wasted space. Every note is meaningful and relevant, no matter how many times looped or manipulated. Shimmering arrangements and fluid transitions recall the age of sonic innovation, and just when the album hits its musical peak with "Zerthis Was a Shivering Human Image," Cooper reprises the beauty of the earlier tracks to send the album to a soft, haunting completion. In a genre where oversimplification is equated with laziness, this is a carefully thought-out treasure chest of sonic joy.. 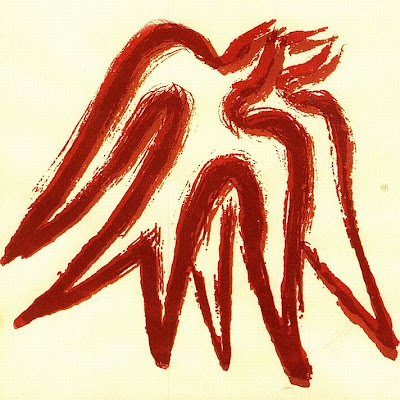 Sophomore jinxes are far too common in the world of music, which is exactly why this follow-up is simultaneously surprising and sublime. Lambent Material, the debut LP by Matthew Cooper (aka Eluvium), existed cautiously on the lines of pure ambient and textural noise experiments. This time he's flipped the script around, offering meditations that are equally as sincere as those found on his debut, but a total 180-degree departure sonically. On this very carefully measured seven-song solo piano suite, he borders at times on Debussy and at other times on Satie. Through the cycle, he captures a very potent but moody feeling of loss and quietly tells these small stories with great honesty, free of pretense or unnecessary chord changes and exercises. Equally beautiful and accessible, this could likely be a disappointing follow-up for those expecting more of what Lambent Material had to offer. But if you listen patiently, you will be led to a conclusion that will leave you wanting more than its painfully short 26-minute running time has to offer. 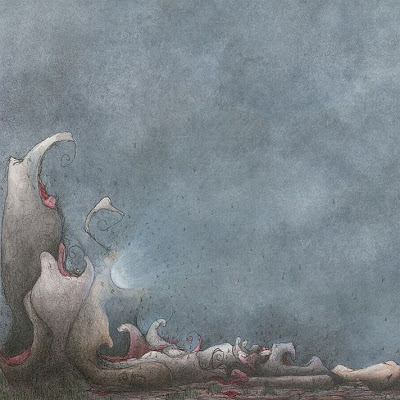 Eluvium – An Accidental Memory In The Case Of Death (flac 109mb)

Matthew Cooper (aka Eluvium) returns to forms and ideas he started to flesh out with Lambent Material and brings them to a more fully realized state throughout Talk Amongst the Trees. The album is longer than Lambent and employs the same types of instrumentation, but takes it in a more focused and emotionally charged direction. It's experimental music in the vein of Eno, Kevin Shields and Max Richter to be sure -- but like these aforementioned composers, it's not the process or concept that is the main concern, but the effect the music has on Cooper, and in turn, on his audience. "New Animals From the Air," the album's ten-minute opener, picks up where "I Am So Much More Me" (Lambent Material's closing composition) left off; warm swirling guitar swells flying around slow and melodic passages that seem to creep from out of nowhere. This is where Cooper does almost instinctively what it takes others to master over the course of a few releases: his sense of timing. He knows when to start and let ideas fold around themselves, and most importantly knows when to let them fade away into the creative from which they came. "Area 41," although brief, provides a haunting interlude which would not feel out of place on the sublime Pop Ambient series that German label Kompakt issues annually; while "Everything to Come" and "Calm of the Cast-Light Cloud" are so warm and serene that even the hardest of chin-stroking post-rock fans would acknowledge their simplistic beauty. As with Eluvium's debut, this album's peak comes on an extended centerpiece. This time the boost isn't provided by a threat of noise, but by a sense of cinematic grandeur. The 17-minute "Taken" is built from a series of strummed guitar chords that seem to be continually climbing upward on an Escher staircase. As it marches along "Taken" becomes almost heroic, even after you realize that it actually changes little with each passing minute, which makes it all the more endearing and a natural climax setting up the somber finale "One." 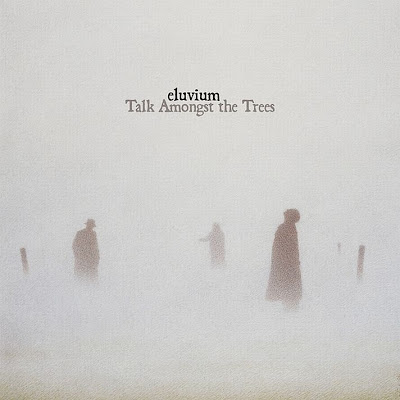 Could you reup 'Talk Amongst the Trees'?

That would be very much appreciated!

Hi Rho-Xs,
Would you please re-up Sundaze 1216.
Many thanks.