Ready for some more fuzzy heart logic ? .Matthew Cooper (Eluvium) spent many a night holed up in his house transforming the vibrations in his heart and brain into sweeping walls of elegant noise. With a depth ranging from fragile to glacial, he takes dense layers of guitars and pianos and builds them into an awe-inspiring fortress around himself.

Eluvium is the moniker of ambient recording artist Matthew Cooper, who currently resides in Portland, Oregon. Cooper, who was born in Tennessee and raised in Louisville, Kentucky before relocating to the Northwest, is known for blending various genres of experimental music including shoegaze, electronic, minimalism and piano. His albums often feature artwork and photographs by Jeannie Paske.

His ambient washes and symphonic guitar pieces would feel equally at home on a Brian Eno record or a Fennesz recording. His debut release, Lambent Material, was released on the Temporary Residence imprint in 2003. Cooper recorded five full-lengths for the label over the next three years (An Accidental Memory in the Case of Death, Talk Amongst the Trees, Travels in Constants, and Copia) before taking a short break and returning with Similes and The Motion Makes Me Last EP in 2010.

In April 2008 it was announced that Cooper would release a "solo album" under the name Matthew Robert Cooper. Writing on the Temporary Residence message boards Cooper explained the change "this is not far from something "eluvium" would release—but since i began writing them—i felt that they were somehow disconnected from eluvium—perhaps a different personality took shape—thus, the use of a different name. Miniatures was slated for a Summer 2008 limited vinyl release.

Cooper has also teamed up with Charles Buckingham, with whom he has worked on the ambient video project titled Window Exchange, to produce the "unedited improvised basement minidisc recordings" of 'Concert Silence'. In the Fall of 2007, Concert Silence made 09.22.07 [2-3pm], a 51-minute, six part instrumental piece. Cooper has scored fellow Portlander Matt McCormick's feature film debut "Some Days Are Better Than Others".

The entry for evening is reproduced in the album's sparse liner notes:

To see stars shining out clear, denotes present distress, but brighter fortune is behind your trouble. 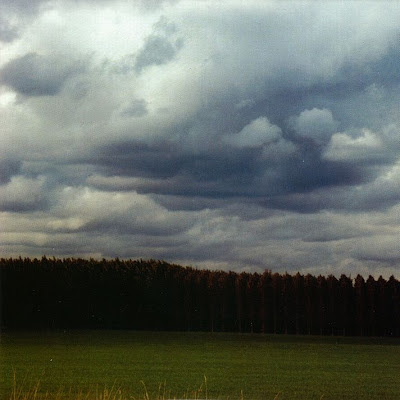 In the last episode, we found Matthew Cooper (aka Eluvium) lost among an ethereal sea of epic feedback guitar washes in Talk Amongst the Trees; he seemed to be going full steam ahead and delivering one of the best ambient albums of 2005. With this four-track EP, When I Live by the Garden and the Sea, Eluvium revisits elements that made his first three records so potent and original. With the EP's opener, "I Will Not Forget That I Have Forgotten," the piano suites of his second album, An Accidental Memory in the Case of Death, come crashing back and hit the distorted guitars of Talk Amongst the Trees head on in an epic, emotional, six-minute composition. This wave of sound gently crashes and we're left with the Tom Hanks sample in the beginning of "As I Drift Off," setting a very disturbing tone for layers of guitar noise and melodic swells that wouldn't be out of place on his debut album. And even though he exorcises these musical demons once and for all, it's still as fresh and engaging as anything put forth in the post-rock world, circa 2006. When I Live by the Garden and the Sea is the end of one chapter in Cooper's breathtaking career, and hopefully the start of another one equally as engaging, intense, and emotive. 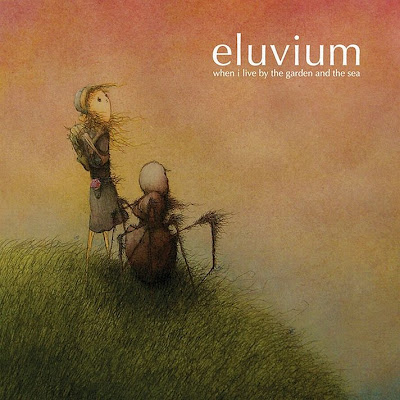 Eluvium musically moves off in a dramatic new direction on Copia, his fourth album. Having already eschewed guitars, Cooper now leaves behind the heavily electronic feel of his previous set, Talk Amongst the Trees, plumping instead for an orchestral sound and majestic air that permeate this entire set. "Amreik" opens the album like the dawn, a gloriously symphonic piece lit by brass, which delicately colors the brightening sky until the sun bursts over the horizon. The next two tracks, although separate pieces, seem like continuations of the first, both filled with introspective atmospheres and stately qualities. All three are mesmerizing in effect, as moods shimmer and gently shift, and the symphonic music sweeps across the grooves and washes over the listener. The haunting piano piece "Prelude for Time Feelers" finally breaks the spell, along with its brighter companion "Radio Ballet," a classical piece that indeed conjures up barre exercises. This pair is broken up by "Requiem on Frankfort Ave.," a subtle and sublime work that itself is an exercise in coalescing atmospheres. After the brief experimental "(Intermission)," the gliding strings enter in force for "After Nature," with attention now shifting back to the piano for the opening of "Reciting the Airships," a moody, almost yearning piece filled with swelling strings and synth. On "Ostinato" they billow out in cathedral-like cadences, only to disappear into the pouring rain of "Hymn #1." The album ends with the regal "Repose in Blue," with a blaze of fireworks announcing the ascension of a new ruler or perhaps another glorious dawn, thus bringing the set full circle. A magnificent set, awash in textures, atmospheres, moods, and emotion. 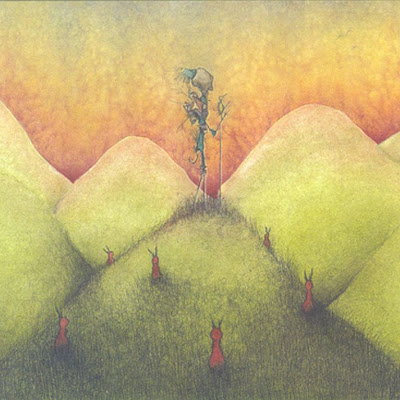 Packaged in a custom wallet with insert and hand-mounted color cover. Edition of 200 numbered copies. An "homage to static and white noise" reads the description, and it truly fits the EP well. It is a neat concept, that is executed surprisingly well, as there is quite a bit more here than static.

It's actually difficult to peg what "Static Nocturne" really is. At fifty minutes, the EP is composed of only one song, the title track. Needless to say, "Static Nocturne" is huge, and at times, rather oppressive. Yet the song isn't overwhelming, not in the least, but rather incredibly relaxing. After all, Eluvium has always had a soft spot for ambiance, and this track is without a doubt his most ambient. It's rather slow, which helps bolster the atmosphere and feeling of the song. And slow is not to be taken as meandering, but instead, a purposeful pace at which the song moves towards its goal. That is because everything that "Static Nocturne" is, plays right into the atmosphere, which is far and away its greatest asset. At times, "Static Nocturne" can be gorgeous, uplifting, and absolutely stunning. For being so incredibly minimalistic, Eluvium really does an outstanding job at creating such a dense, yet airy feeling. The product is one of the most soothing recordings in years, as the static that inundates the song sounds as if it comes from the ocean rather than a television. Beautiful and calm, but quite simplistic, as there really isn't much to "Static Nocturne." 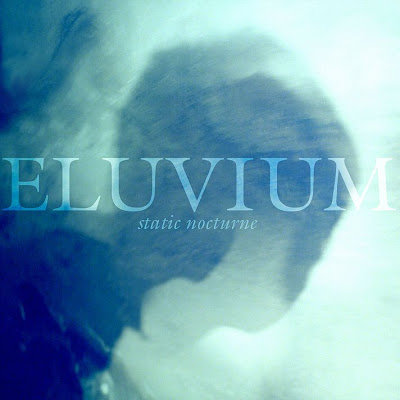 Hi again
Would it be possible to re-up Eluvium’s Copia in flac please?
Very grateful if you can.
Thanks.