Like Velvet Underground, The, their most obvious influence, the chart success of the Jesus and Mary Chain was virtually non-existent, but their artistic impact was incalculable; quite simply, the British group made the world safe for white noise, orchestrating a sound dense in squalling feedback which served as an inspiration to everyone from My Bloody Valentine to Dinosaur Jr.. Though the supporting players drifted in and out of focus, the heart of the Mary Chain remained vocalists and guitarists William Reid and Jim Reid, Scottish-born brothers heavily influenced not only by underground legends like the Velvets and Stooges, The but also by the sonic grandeur and pop savvy of Phil Spector and Brian Wilson. In the Jesus and Mary Chain, which the Reids formed outside of Glasgow in 1984 with bassist Douglas Hart and drummer Murray Dalglish (quickly replaced by Bobby Gillespie), these two polarized aesthetics converged; equal parts bubblegum and formless guitar distortion, their sound both celebrated pop conventions and thoroughly subverted them.

The Jesus and Mary Chain's early gigs have become somewhat legendary in indie circles. Playing in front of small audiences, the Mary Chain earned their notoriety by playing very short gigs, some lasting no more than 10 minutes and consisting of a constant wall of feedback and distortion, as well as playing with their backs to the audience and refusing to speak to them. Many shows culminated with the Reids trashing their equipment, which was often followed by the audience rioting. All of this delighted manager and Creation Records boss Alan McGee, who obviously found it very easy to get attention for the band. He would simply make sure people from the music press were present while these events occurred, which ensured blanket coverage in the music papers. In late 1984, the band issued its seminal debut single, "Upside Down," a remarkable blast of live wire feedback anchored by a caveman-like drumbeat; the record made the Mary Chain an overnight sensation in the U.K . The follow-up, "You Trip Me Up," further perfected the formula, and led to their 1985 debut LP Psychocandy, which gift-wrapped sweet, simple pop songs in ribbons of droning guitar fuzz. After a two-year layoff (during which time Gillespie exited to form Primal Scream, and was replaced by John Moore), the Jesus and Mary Chain returned with Darklands, a dramatic shift in approach which stripped away the feedback to expose the skeletal guitar pop at the music's core. After a sprawling 1988 collection of singles, B-sides and demos titled Barbed Wire Kisses, they emerged with Automatic, which introduced a more tightly-coiled brand of feedback while jettisoning Moore's live drums in favor of synthesized beats.

After another long absence, the Mary Chain (minus Hart) resurfaced in 1992 with Honey's Dead, and earned greater U.S. visibility thanks to a spot on that summer's Lollapalooza lineup; the first single "Reverence" also won them renewed notoriety at home when Top of the Pops banned the song . With 1994's gentle, largely acoustic Stoned & Dethroned, they even reached the U.S. pop charts thanks to the lovely single "Sometimes Always," a duet with Mazzy Star's Hope Sandoval. Another collection of scattered sides, The Jesus and Mary Chain Hate Rock 'n' Roll, followed a year later, highlighted by the single "I Hate Rock 'n' Roll," a scabrous swipe which reclaimed the pure noise attack of their earliest work. Moving to Sub Pop, they returned with Munki in 1998. William Reid left the group during the subsequent tour, and in 1999, the Jesus and Mary Chain officially disbanded.

On January 22, 2007, it was announced that The Jesus and Mary Chain were reuniting to perform at Coachella Valley Music and Arts Festival. William, Jim and Linda and are releasing a full length under the band name Sister Vanilla entitled Little Pop Rock. It will be composed of tracks recorded over 10 years. The album is due out in April 2007 on Chemikal Underground.

Arguably Psychocandy is an album with one trick and one trick alone -- Beach Boys melodies meet Velvet Underground feedback and beats, all cranked up to ten and beyond, along with plenty of echo. However, what a trick it is. Following up on the promise of the earliest singles, the Jesus and Mary Chain with Psychocandy arguably created a movement without meaning to, one that itself caused echoes in everything from bliss-out shoegaze to snotty Britpop and back again. The best tracks were without question those singles, anti-pop yet pure pop at the same time: "Just Like Honey," starting off like the Ronettes heard in a canyon and weirdly beautiful with its bells, "You Trip Me Up" and its slinking sense of cool, and most especially "Never Understand." Storming down like a rumble of bricks wrapped in cotton candy and getting more and more frenetic at the end, when there's nothing but howls and screaming noise, it's one hell of a track. However, at least in terms of sheer sonic violence and mayhem, most of the other cuts were pretty hard to beat, as sprawling, amped-up messes like "The Living End" (which later inspired both a band and a movie title) and "In a Hole." "My Little Underground" is actually the secret gem on the album, with a great snarling guitar start, an almost easygoing melody and a great stuttering chorus -- not quite the Who but not quite anything else. What the Reids sing about -- entirely interchangeable combinations regarding girls, sex, drugs, speed, and boredom in more or less equal measure -- is nothing compared to the perfectly disaffected way those sentiments are delivered. Bobby Gillespie's "hit the drums and then hit them again" style makes Moe Tucker seem like Neil Peart, but arguably in terms of sheer economy he doesn't need to do any more. 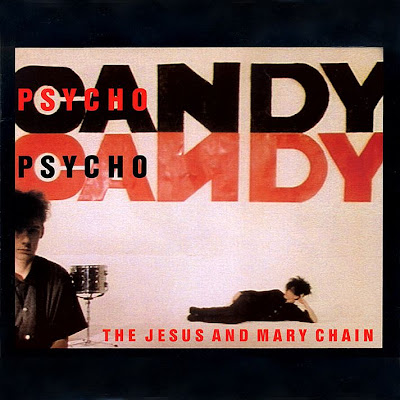 The Jesus and Mary Chain's third studio album was a mixed bag, a touch rougher and more aggressive-sounding than Darklands, but still not the equivalent of Psychocandy for sheer kicks. Part of the problem was the actual studio setup; while soon-to-be superstar producer/engineer Alan Moulder did a great job on the sound, finding a way to mix thick guitar rumbles without sounding uncommercial, the fact was that the band was really just the brothers at this point. Like on Darklands, all drumming was courtesy of machines, and here the approach often felt monotonous; Bobby Gillespie's approach, for better or worse, really was distinct and individual, fitting with the style of the band beautifully. Meanwhile, much of the bass was also created via keyboards, another unusual switch. When Automatic was on, though, it was on, especially courtesy of another blazingly brilliant single. If "Sidewalking" was a T. Rex homage, "Head On" paid tribute to rock's eternal image of supercharged cool; one can almost smell the black leather as Jim Reid delivers the ultimate "Break on Through" lyric: "Makes you wanna feel/Makes you wanna try/Makes you wanna blow the stars from the sky." The music sure didn't hurt either; even the synth bass sounded perfectly right. Other songs, like the brawling "Blues From a Gun" and the aggro-sneer of "Her Way of Praying," suggest a new energy on the part of all involved, though likely enough they came across better live in the end with the Reids' then-touring band of the time. Meanwhile, there are definitely some sharp individual moments: the sudden massive feedback clang during the instrumental break on "Coast to Coast," the "Sweet Jane"-inspired melody on the nicely moving "Halfway to Crazy," and the hint of strings on the brief "Drop." 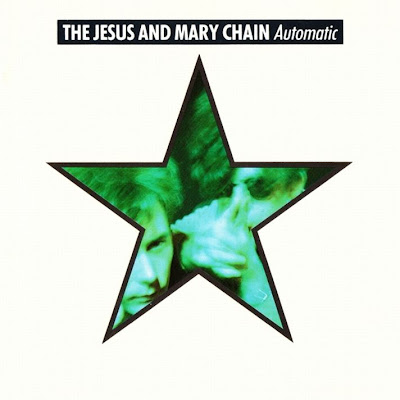 Again working with Alan Moulder but now also using a live drummer on most tracks -- namely Monti from Curve, one of the Mary Chain's many descendants -- the Reids came back strong with Honey's Dead, on balance a more consistent and satisfying record than Automatic. There's a sense of greater creativity with the arrangements, while the balance between blasting static rampage and precise, almost clinical delivery is the finest yet, making the album as a whole the best straight-through listen since Psychocandy. Monti's drumming finally replaces Bobby Gillespie's properly; he's a much more talented musician than the Primal Scream overlord, using the warped funk hits familiar from Curve's work to the Mary Chain's advantage. Even the drum machine-driven cuts work better than before, especially the brilliant, coruscating opener, "Reverence." Burning with some of the best nails-on-chalkboard feedback the band had yet recorded, combined with a whipsmart sharp breakbeat, all it took was the finishing touch of Jim Reid's sneering lines like "I wanna die like Jesus Christ" to make it another stone-cold classic single from the band. Other winners include "Sugar Ray," with beats and melody so immediate and addictive the track was actually used for a beer commercial, of all things, and the steady slap and crunch of "Good for My Soul." If there's a danger in Honey's Dead, it's that the near bottomless pit of reworked melodies and lyrics had almost reached its end -- even the final track, "Frequency," combines both "Reverence" itself with the Modern Lovers' "Roadrunner" -- which made the stylistic shift on Stoned & Dethroned a logical follow-up. William and Jim Reid split all the vocals almost evenly, the former especially shining on the nearly gentle "Almost Gold," the closest the record comes to a sweet ballad. 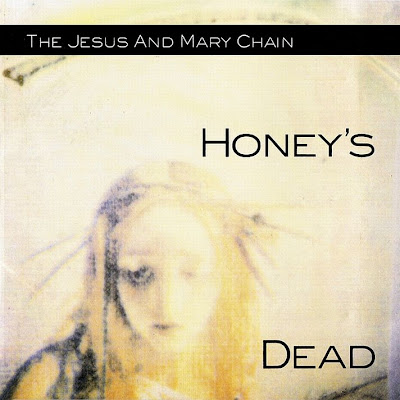 Hello Rho, could you re-up The Jesus and Mary Chain albums ...
Thanks !

could Darklands make it back to the light of day please?

Anon you shoulod request Darklands at the page it resides,which btw holds many more goodies......

PS use the Search function