Hello, Sundaze today stays closer to home - in time that is, three releases from 2002's clicks n cuts IDM year. First of Daedelus supposedly named himself after the cunning worker Daedalus from greek mythology, he's supposed to have designed the labyrinth(minotaur) and had a son killed (Icarus) after he flew to high with his dads contraption. Well Invention is an apt title for an impeccably paced and brilliantly conceived album....Also from the States are Twine their sound is a structure meets noise vs. melody sound, always morphing into something new....finally Darrell Fitton, best known under his moniker Bola, but here he's used the moniker Jello where he let's whirring machinations and alien spaces, open up widescreen dimensions, mesmerising stuff...

Daedelus (Alfred Weisberg-Roberts) producer/instrumentalist wanted to be an inventor from an early age, a sentiment that led to him choosing this artistic moniker (Greek mythology Daedalus). Alfred was formally trained on double bass and bass clarinet (and also played the guitar and accordion, among other things) and studied jazz at USC, Daedelus chose to go the electronica route, often incorporating samples from the '30s and '40s into his IDM and left-field hip-hop. Though his first single came out in 2001, it wasn't until the following year that his debut full-length, Invention, was released. It's an utterly innovative electronic construction combining samples drawn from acoustic source recordings from the '30s, '40s, and '70s, Invention is a work of complex genius. Built on sturdy, repetitive, sentimental piano progressions and syrupy, string-laden, Disney-esque backdrops that are spliced into the mix, the addition of fluttering synth lines and sparking electronic beats creates something vaguely new and almost cinematic in scope. The album is impeccably paced and brilliantly conceived, fitting together like a giant puzzle stretching across the genres and generations

Daedelus was a prolific composer, and the next four years brought four new albums (on Plug Research and Mush): 2003's Rethinking the Weather, 2004's Of Snowdonia, 2005's Exquisite Corpse, and 2006's Daedelus Denies the Day's Demise. There have also been countless singles and side projects, including producing The Weather for Mush labelmates Busdriver and Radioinactive in 2003. The musician's engaging live set was finally made available for fans, albeit in limited numbers, with Live at Low End Theory -- recorded during a July 2007 performance at Los Angeles's The Airliner -- released in early 2008. Love to Make Music To followed in July. 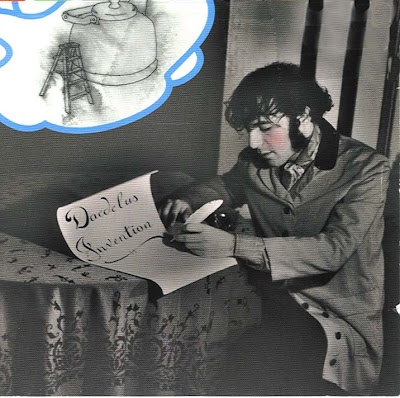 Twine's Greg Malcolm and Chad Mossholder started making music together in high school in Cleveland, OH. Though they dabbled in punk rock, a shared interest in industrial music pulled the friends toward electronics. The group was a trio for a short time after forming at Kent State University in 1997, but Twine ultimately became Malcolm and Mossholder's project. Both have studied computers and technology formally. Mossholder pays rent as a sound designer for a video game company in Boulder, CO, while Malcolm works as an audio engineer in Cleveland. The pair collaborate by exchanging tapes and sound files through the mail and across the Internet. Twine combine samples, digitally generated tones, and processed instruments into an electronic mix that defies easy categorization. They seem to focus more on composition resulting in tracks with a pronounced cinematic bent.

The first Twine release was the full-length Reference in 1999. Following a buzz-building contribution to Hefty's exceptional Immediate Action series, Twine issued their second CD, Recorder, in 2002, a dark and deep album that evidenced building confidence. Among the blips and clicks and electronic manipulations, listeners find other instruments, speech recordings, and that particular post-rock melancholia. Yet, Twine's music eschews clichés to offer something different and greater than the sum of its influences. Along the way, Twine found time to contribute two compilations of loops and textures to be incorporated by end users into Sonic Foundry's influential Acid software, and they remained an active touring unit. A third, self-titled album for Ghostly International arrived in 2003, followed by a digital-only release of their Surfaces EP in 2006. An atmospheric full-length titled Violets appeared in spring of 2008. 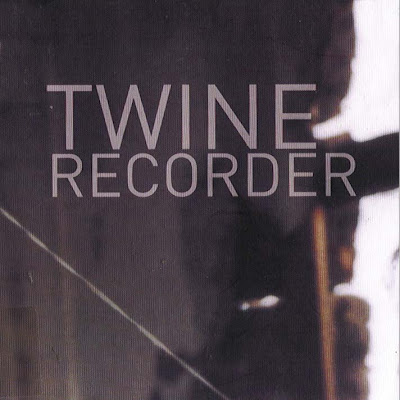 Darrell Fitton is from Manchester, England. Most of his work is recorded under recording monikers Bola and Jello, released primarily on Skam Records. In 1995 he released the Bola 1 12" on Skam Records. Fitton displayed the same style of chrome-dipped melodic techno adhered to by many Warp artists, his subsequent Bola material focused in on a heartier, less accessible aesthetic. His self-titled Skam EP combined vaguely funk-fueled rhythms with harsh, austere synth textures and almost industrial-grade distortion. "Aguilla" was an extremely limited-run three-track seven-inch released by Skam in 1998. Two months later appeared Soup, Fitton's long-awaited LP debut. An impressive synthesis of the machine-beat ambiance of post-techno with warm, wistful analog soul. In addition to his Bola releases, Fitton loaned his production chops to the first 12-inch by Warp artists Autechre under their Gescom guise, and is rumored to serve as Skam's in-house engineer.

A rare set of 3 EPs called Shapes was released in 2000, pressed at only 300 copies; in September 2006, it was remastered and reissued in greater numbers by Skam, adding three bonus tracks. In 2001 he released "Fyuti" , following up the sublime ‘Fyuti’ he released Voile, the debut full-length under the Jello moniker. This is mesmerising stuff from Fitton, retaining the slick production for which Bola is so well known, while throwing in open spaces and influences derived from Jazz, Classical and Hip Hop arrangements. Whirring machinations and alien spaces, allowing widescreen dimensions for (long time Bola collaborator) Dennis Bourne to inject his slowly delivered narrative to perfection. What manages to elevate ‘Viole’ to true greatness, however, is the dense glimpse of unease that accompannies this album from beginning to end. The precision of sound and composition savvy at this level finding contrast with Fitton’s dark understructures, a kind of harmonic beauty that’s built on deconstruction and unease. More aesthetically soothing and organic than Bola material, Voile is a true classic. 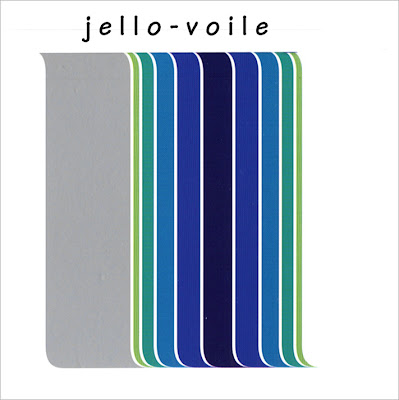 Hello
I don't know where to poste a request so i try here!
Thank You
I Loook for:
Blaine L. Reininger live in brussels 86
If someone could upload this Album,
It's will be GREAT!
Please

Bonjour Rho
You are still one of my favorite blogger, and I really appreciate most of your posts and the time you must be spending to write their review.
However, this bog is the most difficult to me, downloading-wise. Sharebee and, to a leser extend, massmirror are OK in that they give you a choice of download possibilities. But Uploaded.to make download nearly impossible from where i live. I understand that you may have no problem in Europe, with fast Internet connections, but here in Asia, even following your advise to download in the morning only, and even with a "fast" ADSL connection of supposely 3000kbs/s it takes about 15 hours to dwonlaod a 137MB file !! (my window shows 4 to 5kb/s).
A simple solution, not too practical for the uploader, but very convenient for slower (than Europe or US) connections, will be to split your files: they have to be less than 99mb to work properly.
I have these 5 albums in queue with you and it woould be nice if you could help with them (as well as future uploads):
Jello - Voile
Porcupine Tree - In Absentia
Rhythm & Sound - Showcase
MBM - Storm The Studio
Meat Beat Manifesto - RUOK
The other MBM being 99MB and posted with sharebee and massmirror, I had no problem downloading.
Thank you very much and best regards.
Keep up this good (and hopefully improved) work.
Francois in Thailand

Hello Anon, sorry i cant help you with the Reininger album.

Francois, what can i say, have you contaced Uploaded To and asked why they deliver 1996 downloadspeeds to Thailand ? In general i try to comply but there are limits, nevertheless ive re-upped torm the Studion and added a diet version of Jello ..

Thanks a lot, Rho for this re-up. It worked perfectly, at less than 100MB it took just 5mn. I contacted Uploaded.to, but I am sure they're going to tell me to buy a Premium account...
Anyway please try to either always put a diet version, or simply split your files (like most movies uploaders for example: never over 100MB per file, 7 or 14 files per movies). I am sure that I am not the only one to encounter such problems.
What about Meat Beat Manifesto large files?
Thanks again.
Francois in Thailand

Still going through your older posts, I see
Twine - Recorder that I would love to have
at a higher bitrate than my own old rip.

Thank you very very, you're lovely.