Hello, Around the Worldmusics stays in dub mode the guys from Basic channell build a big reputation with their hypnotic dubtechno, not that surprising then that they diversified their label collection with another..Burial mix on which they released their deep dub under the moniker of Rhythm & Sound, all initially as 10" and later compiled on cd..this here being the first..Showcase..they're modus operandi included singers initially here just Tikiman but in the following years /releases they'd used Studio One legendary artists like Jah Cotton, Sugar Minott and Willi Williams. Essential..

The awesome production talents of Mark Ernestus and Moritz von Oswald have already set the world ablaze once, twice, three, four times with the seminal work as Basic Channel and the splintering into microscopic, heavyweight offshoots by way of the M series (Maurizio on proud display), Main Street (Chicago rhythms floating into dub), Chain Reaction (reduced, spacious techno blueprints), Rhythm and Sound (largely instrumental dub coloured mountains of space) and, of course, Burial Mix (vocalists brought forth, reggae re-invented). It's hard to over-emphasise just how important this music has been on everything that has taken place in electronic music since.

Rhythm & Sound released a series of 10" records on Burial Mix and 12" records on Rhythm & Sound, both labels distributed by Hardwax. Von Oswald and Ernestus' Rhythm & Sound recordings are much more dub-influenced and less techno-orientated. The late-'90s Rhythm & Sound productions emphasized the dub-reggae aesthetic Thus, the Rhythm & Sound records, which often featured reggae vocalist Paul St. Hilaire(Tikiman), weren't quite as popular or well-known as the duo's Basic Channel recordings, which instead retained their popularity over the years, becoming quite legendary and oft-cited within the techno scene. Nonetheless, Von Oswald and Ernestus' Rhythm & Sound work prevailed into the early 2000s, being compiled on two listener-friendly CDs, Showcase (1998) and Rhythm & Sound (2001). The Versions (2003) See my Jah (2005) Powerful revisions of the dub sound, stripped down, full of space, dynamic range, and shimmering with analog wash and broken textures. Dirty , deep and powerful , in short essential roots dub

Paul St. Hilaire (aka Tikiman) is a reggae vocalist from the island of Dominica in the Caribbean, and was the first vocalist to collaborate with Von Oswald and Ernestus, steering their sounds away from 4/4 techno.Due to legal problems Tikiman had to drop this alias in 2003 and use his real name instead, that same year he set up the Basic Channel subsidiary False Tuned. His vocals have appeared on many electronic releases, including those by pioneers Modeselektor and Stereotyp. Two self-produced CDs have been released by him - "Unspecified" and "Adsom". 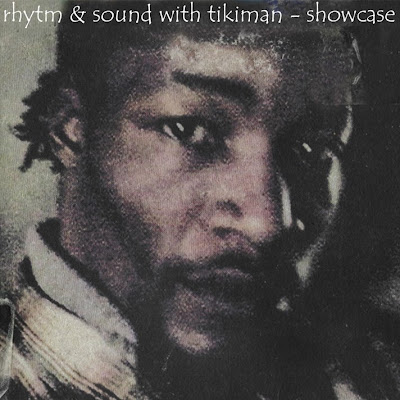 Excellent piece of art, thanks for sharing, I guess that you really have something to do.

Many Thanks also for all your great Downloads!

Would love a re-up of "Showcase," thanks Rho!