Hello, Eight-X time again and that means another mixed bunch, 'British pop in the shape of Korgis , they scored one big hit Everybody's Got to Learn Sometime ( true, but they forgot to add it may take many lifetimes)  anyway this hit came on the back of their debut album present here....another debut and one of the spectacular kind comes from Athens (USA) , the B52's they really fed all the spontanous energy into what turned out to become the party album of 1979 and 1980...almost tiresome that relentless enthousiasm...finally another debut be it mini album by Dutch cold wavers .. cold ? i guess thats the thin voice,  great little album ive added the follow up full album We...W.A.T. (World According To) even have some clips at You Tube'you could check out.


The Korgis is a British pop band, originally composed of singer / bassist James Warren and singer / drummer Andy Davis , both former members of 70's band Stackridge, along with unofficial members guitarist Stuart Gordon and keyboardist Phil Harrison who completed the original Korgis lineup, which issued its debut single "Young 'n' Russian" in early March 1979 on the label Rialto Records, owned by their managers Nick and Tim Heath. Their next single "If I Had You," was released soon after, and moved up Number 13 on the UK Singles Chart, prompting the release of an eponymous debut album, The Korgis, in July 1979.

Their next single, "Everybody's Got to Learn Sometime" (1980), from their second album Dumb Waiters, was a hit on both sides of the Atlantic, hitting Number 5 in the UK , and #18 in the U.S.. The Dumb Waiters album reached Number 40 in the UK in 1980 and was followed by singles "If It's Alright With You Baby" and "Rovers Return" which failed to generate much excitement. The band was alternately marketed as a duo, a trio and a quartet around this time. The commercial breakthrough was however not enough to keep them together, and after a third album, Sticky George - and with lead single "That Was My Big Mistake" being released as 'James Warren & The Korgis' marking the fact that the group had now more or less evolved into a one man band, Davis and Warren went their separate ways.

Warren would go on to issue a solo LP entitled Burning Questions in 1986, while some of the singles during this era were still released as 'The Korgis' and co-produced by Andy Davis. The band got back together in 1990 to re-record "Everybody's Got to Learn Sometime". The re-formed group consisting of James Warren, Andy Davis and new member John Baker released the album This World's For Everyone in 1992, having some success in Continental Europe and Japan, before breaking up again.
In 2005 Warren, Davis and Baker reunited again for a film shoot for DVD/compilation album Kollection and recorded the fourteen-track album Unplugged, which was released on the Angel Air record label the following year.

The B-52's originated as a New Wave rock band formed in Athens, Georgia, United States, in 1976. The band's name comes from a particular beehive hairdo resembling the nose cone of the airplane of the same name. During their early years, wigs of that style were often worn by the band's female singers Cindy Wilson and Kate Pierson. Wilson, Pierson, drummer Keith Strickland, guitarist Ricky Wilson (Cindy's older brother) and vocalist Fred Schneider formed the group in an spontanous jam session. The band's quirky take on the New Wave sound of their era was a combination of dance and surf music set apart by the unusual guitar tunings used by Ricky Wilson. Their costume thrift-store chic set them apart as well.

Their first single, "Rock Lobster", recorded for DB Records in 1978 (see 1978 in music), was an underground success that led to the B-52's performing at CBGB's and Max's Kansas City in New York City. "52 Girls" was the B-side. Their debut album, B-52's , contained re-recorded versions of "Rock Lobster" and "52 Girls", along with six more originals and a remake of Petula Clark's classic "Downtown". The debut album stood out as an original, unabashed kitsch mavens the bnad celebrated all the silliest aspects of pre-Beatles pop culture -- bad hairdos, sci-fi nightmares, dance crazes, pastels, and anything else that sprung into their minds -- to a skewed fusion of pop, surf, avant-garde, amateurish punk, and white funk.

The following year, they issued Wild Planet, which reached the Top 20 on the U.S. album charts; Party Mix!, an EP's worth of reworked material from the band's first two proper outings, appeared in 1981. Released in 1982, Mesopotamia arose out of a series of aborted sessions with producer David Byrne which saw the B-52's largely abandon their trademark sense of humor, a situation rectified by the next year's Whammy!, a move into electronic territory. After a Schneider solo LP, 1984's Fred Schneider & the Shake Society, the group returned to the studio to record 1986's Bouncing Off the Satellites. On October 12, 1985, however, Ricky Wilson died; though originally his death was attributed to natural causes, it was later revealed that he had succumbed to AIDS. In light of Wilson's death, the group found it impossible to promote the new album, and they spent the next several years in seclusion

In 1989, the B-52's finally returned with Cosmic Thing, their most commercially successful effort to date. Produced by Don Was and Nile Rodgers, the album launched several hit singles, including the party smash "Love Shack," "Roam," and "Deadbeat Club." In 1990, Cindy Wilson retired from active duty, leaving the remaining trio to soldier on for 1992's Good Stuff. A year later, dubbed the BC-52's, they performed the theme song for Steven Spielberg's live-action feature The Flintstones. Wilson returned to the group for a tour supporting the release of 1998's hits collection Time Capsule. Four years later the double-disc Nude on the Moon compilation would dive deeper into their catalog by featuring rare tracks, live recordings, and remixes along with the hits.

Funplex, the band's first original album in sixteen years (since 1992's Good Stuff), was released on March 25, 2008 by Astralwerks. The album is a slick, synthesizer-driven effort produced by Steve Osborne, who was asked to work on the album based on his work with New Order on the album Get Ready. The album debuted at #11 on the Billboard charts in the U.S., immediately making it the second-highest charting B-52's album ever. The band toured in support of the album as well as making television appearances on talk shows. 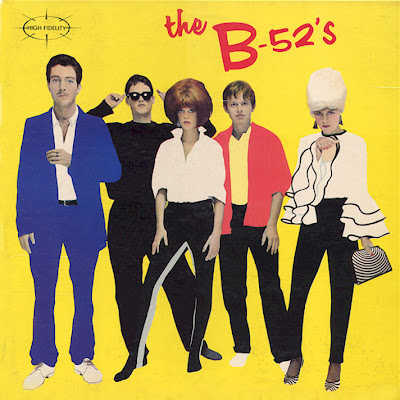 W.A.T. (World According To) were a Dutch trio based on sequencers, slide guitar and a thin female voice. Songwriter/guitarist Ad van Meurs started out playing keyboards in a folk-rock band , inspired by the punk revolution, he switched to guitar and formed the punk band Bleistift. By the early '80s, the group had become an experimental noise band, including van Meurs's girlfriend, Ankie Keultjens. In 1983, the duo formed World According To, a less abstract band, featuring Keultjens on lead vocals and wer joined by Frank van den Nieuwenhof ( bass). As W.A.T. they played something between synth pop and cold wave with a drum computer, synths and lovely vocals by Ankie. Van Meurs plays already much slide guitar here, which gives them a rather distinct sound. When Ankie took time off to have a child, Ad van Meurs began his solo career under the name of the Watchman later joined by his wife Ankie, as such they have been rather successful with their americana or contemporary Rhythm & Folk. 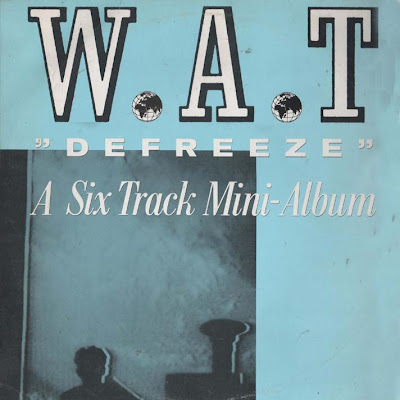 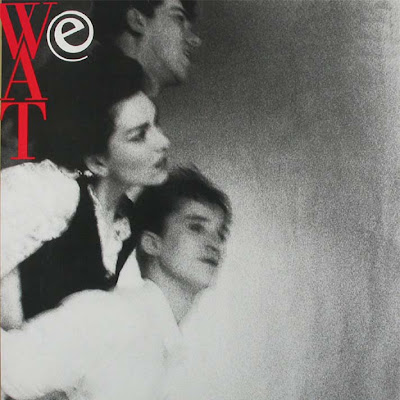 i've just discovered this band, wow i'm amazed! i am continueously looking for rare new wave, and i found a gem!
thanks for this.

Could you re-post the WAT albums in flac. Cheers