Hello, Alphabet Soup II has reached O, this most perfect of characters and yet so shunned by most bands (why O why). As a consequence i found my choice rather limited. Still i've lined up another great trio....First up from the seventies my favorite Oldfield at the time....Ommadawn, it brings together his previous highly successful instrumental work with celtic pipes and african(drums) . There are some extremely strong moments and yet it retains an ambient atmosphere....Oi Va Voi burst on the scene with Laughter Through Tears collecting acclaim for their fusion of dance, klezmer and global rhythms drawn from Eastern Europe, the Mediterranean and beyond. It launched guest vocalists KT Tunstalls career aswell. .... Out Hud's eclectic recombinations of rock, dub and dance music stunned the incrowd when they arrived on the scene, originally from the west coast they joined and shaped the New York dancepunk scene led by LCD soundsystems, after their well recieved 2nd album Let Us Never Speak Of It Again they went their different ways and the collective spread out..


Oldfield's career began fairly early in his life, playing acoustic guitar in local folk clubs. At this time, he already had two fifteen minute instrumental pieces in which he would "go through all sorts of moods", a precursor to his landmark 1970s compositions. In his early teens, Oldfield was involved in a 'beat group' playing Shadows style music (he has often cited Hank Marvin as a major influence, and would later cover the Shadows' song "Wonderful Land"). In 1967 he and his sister Sally formed the folk duo The Sallyangie and were signed to Transatlantic Records after exposure in the local folk scene. An album, Children of the Sun was issued in 1968. After Sallyangie disbanded, he formed another duo with his brother Terry, called Barefoot, which took him back to rock music.

In 1970 he joined ex-Soft Machine vocalist Kevin Ayers' backing group The Whole World playing bass guitar. The band also included keyboardist and composer David Bedford, who quickly befriended Oldfield and encouraged him in his composition of an early version of Tubular Bells. Bedford would later arrange and conduct an orchestral version of that album. With Ayers, Oldfield recorded two albums, Whatevershebringswesing and Shooting at the Moon. Both albums featured early versions of what would become his trademark sound. Having recorded a demo version of Tubular Bells, Oldfield attempted to convince someone in the music industry to take the project on, but was told the project was unmarketable (ah yes , dont think those responsiblewere sacked for incompetance). However, in 1972 he met the young Richard Branson who was setting up his own record label, Virgin Records, and after playing the demo to engineers Tom Newman and Simon Heyworth, he began recording the 1973 version of the album.

The instrumental composition was recorded in 1972 and launched on 25 May 1973 as the inaugural album of Richard Branson's Virgin Records label. The album was groundbreaking, as Oldfield played more than twenty different instruments in the multi-layered recording made in Branson's Manor studios, and its style progressed continuously, covering many diverse musical genres. The album quickly reached the Top 10 of the UK album chart and has spent 279 weeks on the chart. In the autumn of 1974, the follow-up LP, Hergest Ridge, was No.1 in the UK for three weeks before being dethroned by Tubular Bells. Although Hergest Ridge was released over a year after Tubular Bells, it reached No.1 first. Like Tubular Bells, Hergest Ridge is a two-movement instrumental piece, this time evoking scenes from Oldfield's Herefordshire country retreat. This was followed in 1975 with the pioneering world music piece Ommadawn.

As with Hergest Ridge and Tubular Bells, Ommadawn is another two-movement work. Oldfield sought out the ancient Celtic influence on English music and composed for traditional instruments such as uilleann pipes on the original LP version. The album was recorded at Oldfield's home at Hergest Ridge, The Beacon, and was the only album to be recorded there (though Oldfield's previous album shares its name with the location. The word Ommadawn appears to be related to the Irish word amadán meaning either "idiot" or "fool". Oldfield involved musicians noted for their work in folk music including Clodagh Simonds and Paddy Moloney. He combined this with heavy African influences, mainly by the use of the drummers of Jabula. This makes Ommadawn one of the first successful world music albums in Europe.

Boosted by a hearty amount of different horns, piano, cello, trumpet, and synthesizer, the album has its moments of rising action, another plus is Oldfield's use of a choir, giving the album a soft, humanistic feel when contrasted against the keyboards or synthesizer. A Quadrophonic remix version of Ommadawn (--sourced here) was released on Boxed a year later. Excerpts from Ommadawn were featured in the 1979 NASA film, The Space Movie.

Oi Va Voi came together in the late 1990s when trumpeter Lemez Lovas, drummer Josh Breslaw, bassist Leo Bryant, clarinettist Steve Levi, guitarist Nik Ammar and violinist Sophie Solomon pooled their diverse musical backgrounds in left-field jazz, hip-hop, rock bands, drum n bass and Jewish klezmer. With the addition of K.T.Tunstall on guest vocals, their debut album fused modern dance music, singer-songwriter sensitivity and their Jewish cultural heritage with global rhythms drawn from Eastern Europe, the Mediterranean and beyond. Laughter Through Tears received rave reviews and won two nominations in the BBC Radio 2 awards for world music. Yet anybody who saw Oi Va Voi's spectacular live shows was left in little doubt that they were far more than a world music act with an enviable ability to rock a crowd and get a dance floor heaving.

Then in late 2004, KT Tunstall left the live set-up to become a million-selling, multi-platinum solo artist. The rest of the band congratulated her on her success, the search for a replacement was on. Their claim to have "auditioned every female vocalist in London" is only a slight exaggeration. Several were tried live, but none was quite right. Next Sophie Solomon signed a solo deal that ultimately proved incompatible with continued membership of the band. Meanwhile, the band and its record company were at odds over their future direction and to cap it all, illness within the group further hampered their progress. When they attempted to begin recording their second album in 2005, sessions were soon abandoned.

First they found the right singer in Alice McLaughlin, whose stunning voice combines Marianne Faithfull with something of the otherworldliness of Bjork. Next, producer Mike Spencer came on board. They recorded the eponymous Oi Va Voi (2007)For tour support they were joined by, virtuoso violinist Anna Phoebe, vocalist Bridgette Amofah, bassist Matt Jury and trumpeter David Orchant as new members of Oi Va Voi live family. This fall will see the release of their new album "Travelling The Face Od The Globe". 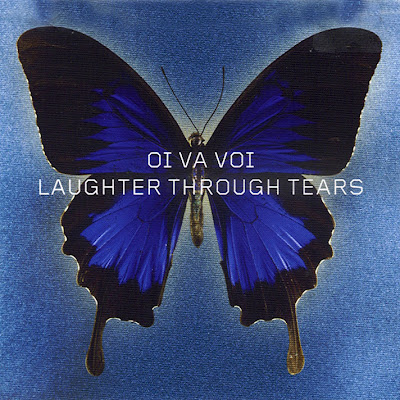 Out Hud formed in 1996 in the Bay Area of California and later based in New York City. The band consisted of guitarist Nic Offer, bassist Tyler Pope, cellist Molly Schnick, vocalist/drummer Phyllis Forbes and mixer Justin Van Der Volgen. Pope, Offer, and Van Der Volgen are also members of the similar band, !!!. They were inevitably described as the weird, Funkadelic-style little sister band to !!!'s Parliament, ever since the release of 2002's Street Dad, Out Hud have always seemed like their own entity. Their peculiar, eclectic recombinations of rock, dub and dance music idioms that seemed at once retrograde and startlingly new was truly something to behold, and Street Dad was one of the most cleverly arranged, performed and mixed albums in recent memory. Their music was buoyant, playful, and experimental; appealing on a cerebral as well as a visceral level: complex, cluttered, effects-heavy arrangements with a solid backbone of rubbery basslines, resounding drums and uncannily clever rhythm programming.

All this raised the bar considerably for their follow up album, Let Us Never Speak Of It Again . With the introduction of vocals( from Phyllis and Molly) a new step was taken. On tracks like "It's For You," the vocals have the effect of introducing far more structure into an Out Hud song The dual female vocals, liberally dropped into the echo chamber, add a sweet, innocent sexuality to the music. Out Hud place the vocals into a hall of mirrors and using each cadence as a jumping-off point for their jarring eclecticism: mid-80s Prince-style distorted synths rubbing shoulders with On U-Sound sound dynamics. Of course, there are also some instrumentals here that sound like they could have fit in perfectly on the first album. Much of the anarchic spirit is still alive and well on Let Us Never, but the album is unmistakably tighter and more restrained, a strategy that seems to pay off brilliantly, even if it seems alienating at first They are still flying their freak flag, making gloriously incomprehensible music that is eminently danceable in spite of itself.

Shortly after the release of their second album it was announced that Pope would not be joining the band on tour, and instead would be concentrating on James Murphy's dance-punk band LCD Soundsystem. It was then announced in September 2005 that a concert in New York might be their last show. 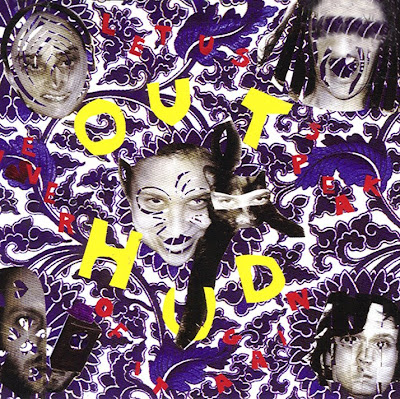 Hello Fred, it looks ok to me...you have to klik on the skip ad at the top righthand corner of the page. Then the links will appear...bit confusing perhaps as the others tend to pump up another page massmirror lays one on top..to beat the popupkillers.

A little fun fact about Out Hud for ya...... Molly and Phyllis were in a punk band from California called Raooul. Their singing is just a little different then.

You commit an error. I suggest it to discuss. Write to me in PM, we will talk.

And variants are possible still?

Hi RHO
Thanks for the Steve Reich reups on a similar note do you have the following Mike Oldfield - The 2003 Tubular Bells rerecording with the John Cleese narration and also Five Miles Out?
Cheers
Lee