Hello, Alphabet Soup II has reached N again, as it happens it's all AmericaN today..Ted Nugent maybe a cavemen who tunes his guitar to blues/hardrock. .but he's also a redneck of sorts who's made life for his bandmembers far from easy as he dissapproves of drink and drugs, neither does Jesus come in to it, in short a rather unique artist. back in the days i was rather taken by his first official solo album, interestingly with hindsight he's proclaimed it to have been his best........Ben Neill comes from a completely different angle a trumpet player turned technician in order to develop the range of possibilities of his instrument. On his path that led by many a galery and other art establishments he came into contact with the electronic music scene, and considering they spoke much the same language he's recorded several albums with them. And so you find on 96's Tryptical drum n bass doing battle with his mutantrumpet the results you can find out here...finally Nada Surf a semi geekrocok indie band that got dumped by the majors and took 4 years to resurrect and raise the money to be able to record Let Go. So they did, gone were the pretennces and expectations the naive dreams of youths and out came a great album which recieved plenty of accolades..they'd grown up on their own terms.

Born on December 13, 1948, in Detroit, MI, Nugent became interested in rock & roll early in the game, picking up the guitar as a youngster, while his disciplinarian father passed his beliefs down to Nugent. In the '60s, Nugent formed his first bands (including Royal High Boys and Lourdes), drawing inspiration from such British blues-rockers as the Rolling Stones and the Yardbirds. But it wasn't until the formation of the Amboy Dukes that the Nuge got his first taste of stardom. The band managed to issue several albums throughout the late '60s -- 1967's. With bandmembers coming and going at an alarming rate, Nugent remained the only constant member -- eventually officially changing the band's name to Ted Nugent & the Amboy Dukes by the '70s

By the mid-'70s, Nugent decided to finally ditch the Amboy Dukes name and set out on his own, assembling a first-rate backing band that included second guitarist/vocalist Derek St. Holmes, bassist Rob Grange, and drummer Cliff Davies. By 1975, the new band was signed to Aerosmith's management company (Leber & Krebs), as well as the same record company, Columbia, resulting in the release of Nugent's self-titled debut in November of the same year. The band immediately struck a chord with the heavy metal/hard rock crowd from coast to coast, due to the band's over-the-top stage show.

The band's first release, 1975's Ted Nugent, is a prime slice of testosterone-heavy, raging, unapologetic rock & roll, and along with the band's 1977 release Cat Scratch Fever, it is Nugent's best solo studio album. While the grinding opening track, "Stranglehold," stretches beyond eight minutes and contains several extended, fiery-hot guitar leads, it does not come off as your typical '70s overindulgent fare -- every single note counts, as Nugent wails away as if his life depended on it. Other Nuge classics include "Motor City Madhouse," plus the St. Holmes-sung "Hey Baby" and "Just What the Doctor Ordered," all eventually becoming arena staples and making the band one of the late-'70s top concert draws. Nugent himself hails Ted Nugent as his best work, and with good reason. It's an essential hard rock classic.

In addition to music, Nugent has gotten involved in politics, hosting a number one morning radio show in Detroit, has issued his own hunting camp and issues instructional videotapes (as well as the Ted Nugent Spirit of the Wild PBS video series), owns his own hunting supply store, has been appointed to the Board of Directors of the National Rifle Association, writes columns regularly for a number of different magazines, and even sells his very own beef jerky (called Gonzo Meat Biltong)! In 2001, the Nuge penned his own autobiography, the perfectly titled God, Guns, & Rock n' Roll.

A native of North Carolina and a product of classical training, Neill relocated to New York City during the mid-'80s, immersing himself in the downtown experimental music scene; increasingly fascinated with minimalism, he studied under the legendary La Monte Young, and with the aid of the synthesizer pioneer Robert Moog designed the first mutantrumpet, an instrument fit with three bells, six valves, a trombone slide and an analog processing system whch allowed him to create any number of open, muted and electronic sounds. With it he successfully bridged the gap between ambient music and the avant-garde, further blurring aesthetic boundaries .

In 1984, Neill completed Orbs, his first major composition for mutantrumpet, percussion and audio/visual projections; pieces including 1985's Mainspring, 1987's Money Talk and 1988's Abblasen House followed prior to his breakthrough work ITSOFOMO (In the Shadow of Forward Motion), a 1989 collaboration with visual artist David Wojnarowicz. A year later Neill travelled to Amsterdam's Steim Studios to develop a new, MIDI-capable mutantrumpet; the upgrade resulted in the addition of a number of switches, knobs and pressure-sensitive pads allowing the player to trigger and modify a variety of sounds and sequences, as well as lights and projections, all in real time. After Haydn, a collaboration with electronic composer Nicolas Collins, followed in 1991.

Neill then began a six-year stint as curator of the downtown NYC performance space The Kitchen, a position which served as his gateway into the burgeoning electronic music scene. Presenting performances by everyone from John Cage to Jim O'Rourke to Future Sound of London, he began increasingly absorbing electronic influences into his work and was particularly fascinated by the local "illbient" movement; originally created as an installation/performance piece, Neill's 1995 album Green Machine instead evolved into a full-blown dance music project, complete with 12" remixes from the likes of Single Cell Orchestra and DJ Spooky.

The latter resurfaced on 1996's Triptycal, on which Ben Neill pushes closer to more straightforward ambient territory, largely favoring atmosphere over groove. As his mastery of the mutantrumpet grows, Neill's playing becomes more and more evocative -- the album's dreamscapes move easily from minimalist rhythms to dense drum'n'bass beats. Neill also spent the better part of 1997 appearing with Spooky and on the "Sci-Fi Lounge" tour of video-sampling innovator Gardner Post. In Neill’s live performances, laptop computers merge his three-belled, computer interfaced mutantrumpet with live digital audio and video. In addition to controlling the electronic sounds in real time, Neill literally plays the moving pictures, making the images an extension of his instrument. After the appearance of Goldbug in 1998, Neill was relatively silent until 2002, when he “made music industry history” by releasing Automotive, an album comprised of extended versions of music he originally wrote for Volkswagen TV and Internet commercials. He supported the release of the album by performing on an 18 city tour.

In 2005 Neill premiered a collaboration with visual artist Bill Jones titled Palladio, an interactive movie based on Jonathan Dee’s 1998 novel of the same name. Palladio was premiered at the New Territories Festival in Glasgow, Scotland, and at the Thalia Theater/Symphony Space in New York City. Neill is also active as a sound and installation artist. His collaborative works with Bill Jones have been exhibited in museums and galleries including Sandra Gering Gallery New York, Exit Art New York, Wellcome Gallery London and the American Museum of Natural History in New York. He currently resides as professor of Music Technology at NJIT (New Jersey Institute of Technology).

Nada Surf was formed in the early nineties by Matthew Caws and Daniel Lorca. They met in Le Lycée Français de New York (USA) and spent some of their childhood in France and Belgium. They played in many bands, including The Cost of Living and Because Because Because. Their first drummer was called Dan, he was replaced by Aaron Conte, when he inturn left the band in January 1995 Ira Elliot, former drummer of the Fuzztones joined.. His arrival infused a new energy into the band; Matthew and Daniel's ambitions greatly increased, partly to ensure Ira stayed with the band.

After a show at the Knitting Factory, Nada Surf met Ric Ocasek. With little hope, they presented him with a copy of their first demo,Tafkans. Three weeks later, Ric called back with news of his intention to produce the band's album. The trio soon signed to Elektra in 1995 and cut their debut LP, High/Low, with Ocasek behind the boards. "Popular" became a surprise radio hit the following summer, and Nada Surf found themselves lumped into the "nerd rock revival" camp alongside Superdrag, Cake, and Weezer.. With no quality second hit in sight, neither 1996's moderately successful High/Low nor its forgettable 1998 follow-up, The Proximity Effect, gained much traction outside the indie rock underground. Subsequently dropped by Elektra, Nada Surf settled into a prolonged state of hibernation. That is, until 4 years later the belated and understated 2002 arrival of their revealing third opus, Let Go, on which Nada Surf showed that they refused to quietly fade away into gimmick-enforced exile by putting their faith into their own pop songwriting instincts. The resulting record takes its title quite literally, as layer after layer of preconceived notions and excess noise are stripped away to unveil both soft-spoken charm and intense newfound confidence.

Barsuk signed the group and released Let Go in 2002; three years later, The Weight Is a Gift (produced by fellow labelmate Chris Walla of Death Cab for Cutie) furthered the band's critical acclaim. Nada Surf then returned in 2008 with Lucky, which featured musical contributions from Ben Gibbard, Ed Harcourt, and members of both Calexico and Harvey Danger. 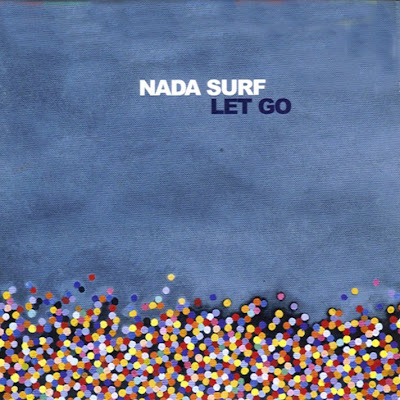 Ola, what's up amigos? :)
Hope to receive some assistance from you if I will have some quesitons.
Thanks in advance and good luck! :)

good afternoonpeople this is a great forum hope im welcome :)

Hi everyone! I don't know where to begin but hope this place will be useful for me.
In first steps it is very nice if somebody supports you, so hope to meet friendly and helpful people here. Let me know if I can help you.
Thanks and good luck everyone! ;)


Just saying hello while I read through the posts


hopefully this is just what im looking for, looks like i have a lot to read.