Hello, Eight-X lines up three new names today, two of them still performing regularly. One of these is the dutch band Gruppo Sportivo, a band led by the pleasantly deranged Hans Vandenburg that really rocked the dutch music scene in the late seventies. This live impact didnt make it to the studio but then it aint that hard to understand..as in sing along. A good thing too they preceded the B52's it would have muddled their path....What to say about UB 40, saw them live in the summer of 1980 they really moved the crowd their great debut album followed a couple of months later. The followup Present Arms was much in the same vain but afterwards i have to say i lost interest..too cosy.....My last entry today is a bit of a surprise in the sense that when i ripped it, the music stood out better then i remembered..some great tracks. A former satiric punkband put themselves out in a over the top superslick new romantic setting, ironically Modern Romance's music was ok, they were one of the first white bands that incorperated rap into their music, i really like the final funk track 'Stand Up'

Gruppo Sportivo are from The Hague (Netherlands), formed in 1976, who enjoyed some measure of international success in the late 1970s and 1980s. The frontman of the band, and writer of the material, is Hans Vandenburg. 10 Mistakes their debut album was released fall 77. This after a tight and demanding tourschedule the year before during which they build a great reputation, which ensured the demand for 10 mistakes was high enough to chart. The dutch media too were enthousiastic about the way Vandenberg quoted from the history of pop, with riffs , intro's solo's and textfragments from anyone from the beatles to Frank Zappa with an emphasis on surf, rock and roll and highschool hits from the fifties and sixties. A year later the album was awarded an Edison( biggest music prize in the Netherlands).

The following year's Back to 78 was released, and a non-LP single. The hysterically manic Buddy Odor Is A Gas! is a Hans Vandenburg solo LP which to all intents and purposes is Sportivo's third long player. 1980's Copy Copy finds Deaf School alumna Bette Bright putting in a guest vocal performance; an appealing move, as early Deaf School explored a somewhat related conceptual aesthetic. Unfortunately, Side One's second-rate material and the too-smooth production did little for either party's reputation. Throughout the early eighties, the band continued releasing top-notch mock-pop to an ever dwindling audience that was apparently far more concerned with style over substance, simplicity over wit. Pop! Goes the Brain, Design Moderne, and Sombrero Times are brilliantly executed pop albums overflowing with self-deprecating wit, biting cynicism, urban humanism, hopeless romance, and of course, killer hooks.

After a false start with the over-produced and under-written Sucker of the Century, a re-grouped Gruppo were still at it into the nineties, releasing a delightful double cd (Young and Out) in 1992, featuring one disc of sparkling new material ("Young"), and one disc of mostly vault songs ("Out," phonetically Dutch for "old"), as well as a superlative live record (Sing Sing) in 1995. July 1997 saw the American release of Sing Sing, retitled Second Life (including a bonus five-song CDEP). Vandenburg also continued his solo career in a somewhat more rock-oriented format (1994's Commercial Break, and 1996's Shake Hands with Vandenburg). Gruppo re-grouped once again for a single in 2000, the sensational Topless 16 record in 2004, and a few more new tracks in 2006. And still touring to this date.. 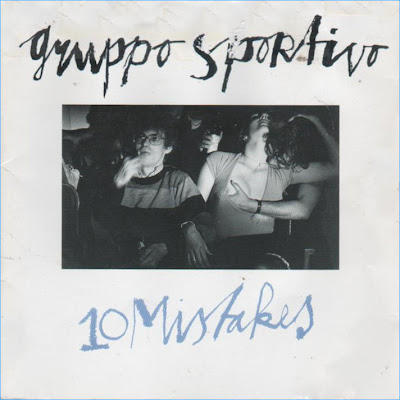 The band members began as friends who knew each other from various colleges and schools across Birmingham. The name "UB40" was selected in reference to a paper form it stood for Unemployment Benefit, Form 40.Before any of them could play their instruments, Ali Campbell and Brian Travers travelled around Birmingham promoting the band, putting up UB40 posters. The band purchased its first instruments from Woodroffe's Musical Instruments with £4,000 in compensation money that Campbell, who would become the lead singer, received after a bar fight during his 17th birthday celebration.

UB40 caught their first break when Chrissie Hynde noticed them at a pub and gave them an opportunity as a support act to her band, The Pretenders. UB40's first single, "King"/"Food for Thought" was released on Graduate Records, a local independent label run by David Virr. It reached No. 4 on the UK Singles Chart. Their first album was titled Signing Off, as the band were signing off from or closing their claim on the unemployment benefit. It was recorded in a bedsit in Birmingham and was produced by Bob Lamb. Norman Hassan said of the recording: "if you stripped my track down, you could hear the birds in the background." This is because his tracks were recorded outside in the garden. Signing Off was released on September 6, 1980, and entered the UK Albums Chart on October 2, 1980. It reached as high as No. 2 in the UK and spent 72 weeks in total on the chart.

Signing Off features a mix of reggae and dub material which was lyrically politically charged and socially conscious, while musically was reverb-heavy, doom-laden yet mellifluous, best exemplified in the hits "King" and "Food For Thought" as well as the searing "Burden of Shame". "King" was a song written about the late Martin Luther King, questioning the lost direction of the deceased leader's followers and the state of mourning of a nation after his death. Signing Off is considered by many to be by far UB40's best album, as well as one of the finest reggae albums by a British group. In 2000 Q magazine placed it at number 83 in its list of the 100 Greatest British Albums Ever.

UB40 went on to become one of the most successful reggae acts of all time in terms of record sales (over 70 million), chart positions and touring schedule. During their three-decade long career, they have been performing sell-out shows worldwide and headlining the Reggae Sunsplash music festival in Jamaica, as well as spreading reggae to Russia and South America, among others. Much of UB40's commercial appeal came from their releases of classic cover songs. In fact, all three of their UK number one hits and four of their five U.S. top ten hits were cover versions. This year saw the departure of singer Ali Campbell , he's been replaced by Maxi Priest and Duncan Campbell. 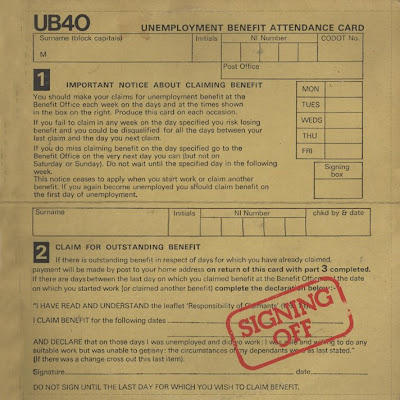 Modern Romance was a pop music band, with a distinctive trumpet driven sound, formed in 1980 by previous members of an earlier punk band, The Leyton Buzzards,.a vehicle for satiric songwriters Geoff Deane (vocals) and David Jaymes (bass).Underscoring the band's undiscovered assets, Deane and Jaymes went on to major commercial stardom playing dance music as Modern Romance, and became a UK chart sensation. Adventures in Clubland is fake disco-salsa, with enough beat to satisfy the most demanding feet and enough smirking to prove they don't believe a second of it. For proof, sample "Bring on the Funkateers" or "Ay Ay Ay Ay Moosey." Regardless — or perhaps because — of the insincerity, this is good fun. Some good album tracks "Nothing evergoes the way you planned" or the Parliament funk inspired "Stand Up" make it an enjoyable album..the kitschy new romantic cover not withstanding.

A subsequent split left bassist Jaymes in sole command but hardly shorthanded, and he took the quintet for another joyride on Trick of the Light, hitting an infectious happy-feet high on "Best Years of Our Lives," rhumba-ing through "High Life," swinging in big-band land on "Don't Stop That Crazy Rhythm" and so on well into the night. (Well, for 40 minutes at least.) Again, a good time is assured for all. Geoff Deane, later become a writer and producer, scripting for successful television programs such as Birds of a Feather, Babes in the Wood,"Tonight With Jonathan Ross" "Chef" and Last Man Standing . 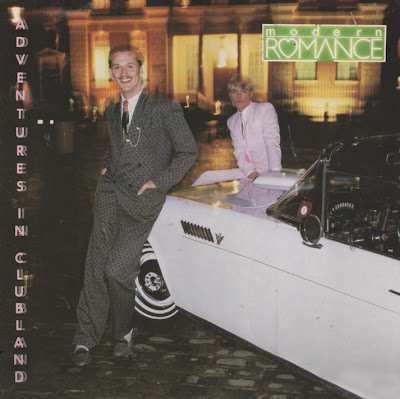 thanks 2 much for the reggae rho, love the ub40 and dub.. any chance of putting up present arms by 40.. had that on two heavy slabs of vinyl when it was released, cutting edge english reggae.. lovin' it, great blog, thanks for your tremendous efforts and all-round layout/presentation... zenarcher

Rho, Signing Off is indeed UB's finest hour, though Present Arms and Present Arms In Dub were also genius.
Thanks!

Can't understand why you put a band that sings serious songs about overcoming economic hardships like UB40 with 2 comedy groups who go on about nothing.

Great to see the Modern Romance link still up two year later, always a good move to use something like sharebee (especially with the recent Rapidshare mass culling of many posted files rendering some music blogs inoperable)....I always had a soft spot for Modern Romance, the 12 Inch version of 'Salsa Rappsody' has a real New York post-punkfunk feel and I am sure if they had come from there, they would be remembered today as something more than a superficial "pop" band...the same fate went to Blue Rondo A La Turk (another early eighties postpunk funk crossover band with that same ironic knowing feel).

As for the comment above about it being somehow "inappropriate" to place Modern Romance alongside UB40, thats just ridiculous and anyway, its your blog and you post who and what you want to post! Create your own blog if you do not like it!

Could you re-post this pg Eight-X 40 in flac. Cheers

Could you please re-up Gruppo Sportivo "10 Mistakes" please. In flac if possible. Thanks Rho.

Rho, thanks for the Gruppo Sportivo re-up. Forty years ago since I first bought this album.