8 correct requests for this week and requests that totally targeted my 12 months limit, whatever another batch of 29 re-ups (7,8 gig) 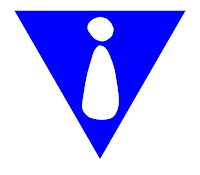 These days i'm making an effort to re-up, it will satisfy a smaller number of people which means its likely the update will  expire relatively quickly again as its interest that keeps it live. Nevertheless here's your chance ... asks for re-up in the comments section at the page where the expired link resides, or it will be discarded by me. ....requests are satisfied on a first come first go basis. ...updates will be posted here remember to request from the page where the link died! To keep re-ups interesting to my regular visitors i will only re-up files that are at least 12 months old (the older the better as far as i am concerned), and please check the previous update request if it's less then a year old i won't re-up either.

Oh man...talk about guilty pleasures. The Star Wars side of that Meco record ain't so hot - but the "Other Galactic Funk" B side of it - that still gets me bustin' out stupid ass dance moves. (In the privacy of my own home, of course lol...)

So many great titles in each section ...must be Christams !!!

I am loving the Polyrock, wow.