Hello, the UK saw another 'Royal' wedding today, The King Of The North got married to a 'wildling' . We all witnessed the stormy intense romance where the wildling feeling betrayed plugged Jon Snow full of arrows, but hey nothing stops that guy. The marriage took place at the 900 year old family castle of the bride in front of the queen of dragons, his Stark half sisters, the one good Lannister had come all the way from the states and several other members of the Game Of Thrones cast. When fiction becomes fact..... A bit like that last minute goal that saved Germany from going out at the first hurdle, a deserved win against the Swedes that had one man extra. I still reckon they might retain the worldtitle. The Belgians showed attacking flair and missed plenty of chances but still scored 5 against a Tunesia that only bowed to the English after a late goal by another candate for the golden boot, Harry Kane, I expect him to score 2 more against the weakest team in the group,Panama later today.

Today's artist is an American composer of space music, a genre of ambient electronic music, and New Age music. He has recorded at least 18 albums and worked on projects for Lucasfilm, IMAX Corporation, NASA, the United States Navy, Hayden Planetarium, Expo Seville, and CNN.
....N'joy

Serrie has been composing and performing music for planetariums since the early 1980s. His first widely available album, And the Stars Go With You, was in memory of the astronauts lost in the Space Shuttle Challenger disaster in 1986. The following album, Flightpath, contains six songs that commemorate the pre-space-age test pilots of Edwards Air Force Base in the 1950s. Jonn is a pilot with advanced instrument and commercial ratings and flies for the Civil Air Patrol as a search-and-rescue pilot.

Serrie's next album, Tingri, was based on a remote village in Tibet. It was his way of infusing more spiritual and romantic emotion into his music. In so doing, he strayed a bit from his space music roots but without sacrificing his trademark sound. In 1992 and 1994, he made two albums in which he put his earlier planetarium work from the 1980s on CD, on Planetary Chronicles, Volume 1 and Planetary Chronicles, Volume 2. In between, in 1993 and 1995, Serrie composed his own musical science fiction story based on a fictional Century Princess in Midsummer Century and Ixlandia. In 1993, he submitted a song from his planetarium collection called "Soft Landing" to a Various Artists album sponsored largely by Steve Roach, another prominent new age musician. This song is only available on this recording. In 1997, Serrie's first Christmas album Upon a Midnight Clear was released; he rearranged known and less-known Christmas songs from around the world in his unique style. Due to its popularity, Serrie released two more Christmas albums, Yuletides in 2001 and Merrily on High in 2004.

In 1998, Serrie collaborated with David Carradine on his tai chi video series and released a CD soundtrack based on the videos, called "Dream Journeys". Also in 1998, he took a trip to shamanic America, which resulted in his musical collaboration with several Native American elders on "Spirit Keepers". In 1999, Serrie appeared as a special guest of honor at the 30th anniversary of the Apollo 11 moon landing mission, which was held in Cape Canaveral. As the final act of the after-dinner entertainment, he played a specially composed song "Out of the Blue", which has not been officially released.

The year 2000 brought Serrie's "best of" space music compilation, Century Seasons. On this album two new songs appeared, although "Deep Mystery" reappeared on "Lumia Nights" two years later in a slightly shorter version. The other bonus track, "Andromeda Dream", appeared on this album. In 2000 Serrie collaborated with flutist Gary Stroutsos on the Narada label, on an album called Hidden World. Since 2000, several of Serrie's albums have appeared on independent labels. 2002 brought Lumia Nights, a space romance release on Valley Entertainment, composed in the style of Ixlandia and Midsummer Century. In 2003, he signed a contract with New World Music, a major label in England, which included the reissue of his earlier Miramar releases. 2003 also brought The Stargazer's Journey with liner notes from famed astronomer David H. Levy. This was a return to form in Serrie's more traditional space music style.

Serrie took an interesting musical turn in 2005 with Epiphany, Meditations on Sacred Hymns, featuring his arrangement of traditional hymns and psalms, which he dedicated to his grandmother, his primary childhood church organ and piano teacher. He followed this up in 2006 with Sunday Morning, an independent release for autistic children and their parents. A portion of the profits from this album goes to support for autism organizations in the United States. Also in 2006, music from one of his albums was used in the hit Hollywood movie What the Bleep Do We Know!? Serrie scored the award winning IMAX short film Hubble: Galaxies Across Space and Time as well as the popular astronomy software program Starry Nights and Space.com's Eyes on Mars DVD. In 2009, Serrie released the album Thousand Star.

Jonn Serrie is at his best when he composes and performs deep space music as opposed to contemporary instrumental new age. And the Stars Go With You is one of his gems. From the cover artwork on through the languid minimalism, this is special music. The timbres and textures are surreal and the atmospheres are sci-fi and warm. They invite listeners to go on a ride to the stars. Once out there in deep space, Serrie hooks into the stars and the stars are on the ride too. This is essential space music. It will appeal to fans of Stephanie Sante, Don Slepian, Constance Demby, and Michael Stearns. 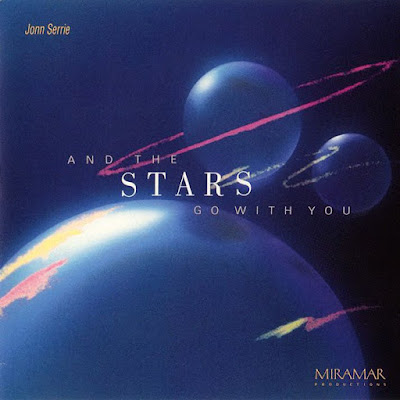 Jonn Serrie is a veteran space music composer and performer. It is totally appropriate that he would create a album acknowledging the aviation pioneers whose exploits begat the space age. Flightpath addresses the activities at Muroc Airbase (later renamed Edwards Air Force Base) during the '40s and '50s. Serrie's soundscapes and atmospheres have sci-fi timbres and textures that give them spacescape attitudes. This is a good album with some great moments. 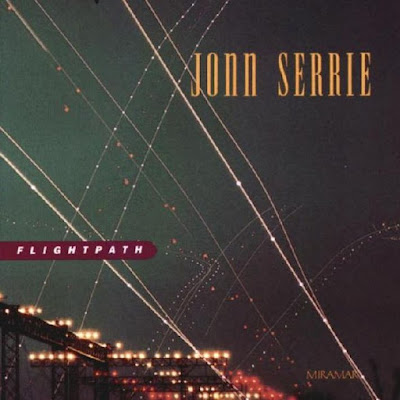 Jonn Serrie is a well-rounded e-music long-timer. His gentle sound design has elements of classic new age and hypnotic space music. Tingri is one of his most popular and accessible CDs. The melodic atmospheres surround exotic synth washes as energetic rhythms carry them around and through the soundscapes. Each composition has its own integrity and structure. This disc will appeal to fans of John Flomer, Patrick O'Hearn, and Kevin Braheny. 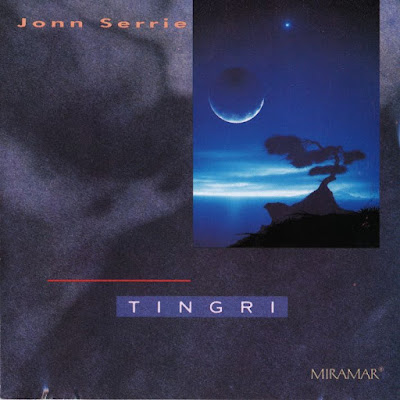 The release of Planetary Chronicles, Vol. 1 marks the first availability of the library and commissioned works of Jonn Serrie. The five compositions are from his planetarium soundtracks. The original compositions were created on analog synths and two-track analog tape. Serrie added digital enhancements during the final mixing and mastering while preserving the original flavor and intent. The imagery is vivid and clear; the sound is crisp and austere. Deep listeners will be able to close their eyes and see the planetarium show. This is a great album from the space musician's space musician. 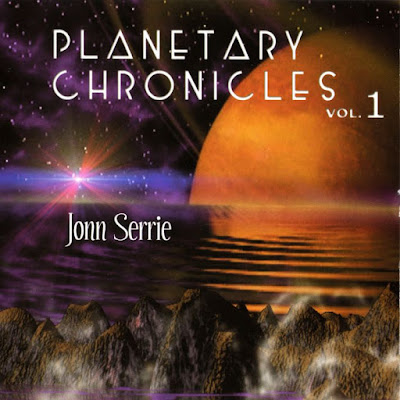 Always been on the fence with this guy. From a purely artistic standpoint, there's not too much going on. But he does have his moments of just mellow niceness that you end up liking even when you try not to.

Rho can you please reupload these albums please?

Thank you Rho for the help.