Hello, it couldn't have happened to a more deserving country, Poland got beaten by the only African team that won in the first round. Russia's draw made sure they were up against 2 weaker countries for starters and now they are the first team qualified for the 2nd round, Putin,Putin Putain.... Anyway that idiot Columbian defender will be happy Escobar no longer runs the place,  Columbia might still get further as neither Senegal nor Poland impressed much.


Today's artist is not to be confused with the Aum Shinrikyo scientist Masami Tsuchiya, who was sentenced to death for his involvement in the 1995 Sarin gas attacks on the Tokyo subway, this Masami is much more happy to walk around in space-age stewardess outfits and unleash face melting guitar solos on the unsuspecting public .. ..............N'Joy

Tsuchiya formed Ippu-Do in 1979 along with keyboardist Akira Mitake and percussionist Shoji Fujii and the group released their first album, "Normal," that same year (with the name " Ippppu-Do" on the cover) Crafted with standard New Wave sensibilities, their debut can be a bit of a frustrating listen as Tsuchiya's generally painful vocals, backed by a plodding rhythm section and numbing production, occasionally give way to sharp synthesizer programming, groovy rhythms and supreme guitar shredding. It's a bit like Japan's first album, actually, since Ippu-Do find themselves sticking to second-fiddle rock archetypes more often than to their own, and much stronger, ideas.

Their next two albums, 1980's "Real" and 1981's "Radio Fantasy," followed the same general pattern, mixing low-tier New Wave with moments of occasionally brillant technopop. These records come off equally as frustrating, as it's clear the band isn't playing to their full potential.

Ippu-Do finally seemed to get their act together with the 1982 single "Sumire September Love," a light hearted pop track that reached #2 in Japan, sold 800,000 copies and was used in a Kanebo Cosmetics commercial . Masami like how David Sylvian totally changed his vocals for Japan's "Quiet Life," Tsuchiya's vocals are completely calmed down on "...September Love." Without the phony rock howl, Tsuchiya comes off as a much more comfortable and confident singer (though his voice is still pretty limited), and it leaves a lot more room in the mix for the track's punchy synthesizers and out-of-nowhere violin solo.

Following "...September Love's" success, Ippu-Do took a short break for Tsuchiya to record his first solo album, "Rice Music," and play guitar with Japan during their Sons of Pioneers tour in 1982. One of Tsuchiya's best efforts, "Rice Music," is a consistent set of songs with somewhat avant leanings. Tsuchiya thows in the ususal East vs. West, traditional vs. modern stuff one would expect from someone working in the shadow of Yellow Magic Orchestra, but he, along with his cast of excellent guest musicians, uses those themes to great effect. It's worth tracking down a copy of the album just for the guests, who include Steve Jansen, Mick Karn, Ryuichi Sakamoto (on the track "Kafka"), Bill Nelson and Percy Jones. Tsuchiya even has photographer Masayoshi Sukita (famous for his pictures of David Bowie in the 70s) "playing" a Polaroid SX-70 on the album!

After returning from his tenure as Japan's tour guitarist, Tsuchiya re-formed Ippu-Do with Akira Mitake to record a fourth album, 1983's "Night Mirage." Percussionist Shoji Fujii didn't return to the band for this album, and they instead enlisted Steve Jansen to play drums. Richard Barbieri also contributed to the album, and his synth programming can be heard all over the track "Moon Mirage." Tsuchiya's time touring with Japan clearly influenced him substantially, and the LP plays as a fantastic companion to the material on Japan's "Gentlemen Take Polaroids" and "Tin Drum." The album is filled with similarities to Japan's work, from jilted East/West funk to Erik Satie inspired compositions. However, the LP still stands extremely strong on its own and is likely Tsuchiya and Mitake's finest recording.


In March 2008, Tsuchiya formed the rock band Vitamin-Q along with Kazuhiko Kato, Gota Yashiki, Rei Ohara and Anza. However, after Kato's suicide on October 17, 2009, the fate of the group is uncertain. In June 2010, following news of former collaborator Mick Karn's (former Japan bassist) cancer diagnosis, Tsuchiya reunited with former bandmates Gota Yashiki, Vivian Hsu, and Masahide Sakuma (of Japanese new wave group Plastics) and recorded two songs for a proposed September 2010 release to raise funds for Karn and his family. The musicians had recorded together as The d.e.p. in the early 2000s, releasing the album "Shinkei Stop" in 2001.
In April 2017, Tsuchiya married his cat 'Holmes' in a small ceremony at Fujikyu Highlands resort, miauwww !

"Rice Music is Masami Tsuchiya's debut solo album, he's a multi-instrumentalist who plays guitar, bass, drums,synthesizers, percussion, koto, yokin and sings on this album.The cover might be misleading because Masami is male.(In a stewardess costume ?) But anyway this kind of look wasn't strange in the 80's. Just remember David Sylvian's Wave band"Japan" whose members Mick Karn (bass) and Steve Jansen (drums)appear as guest musicians on this record. Just as Bill Nelson(guitars) and Percy Jones (bass). Also remarkable: a Ryuichi Sakamoto performing all instruments (besides the guitars, whichis played by Masami himself) on the track "Kafka".This album has lots of traditional Japanese elements mixed with electronics.The lyrics are mainly in Japanese, but also some english passagesor even songs. 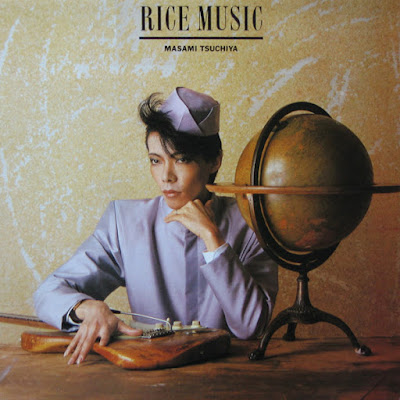 In the early eighties, Tsuchiya ended Ippu-Do, his first solo album came out while he was still in the band, . Tokyo Ballet came out three years later, the development in computer sound being most remarkable.The difference between the two albums is drastic enough to suggest that the original intent was to have an experimental side-protect instead of a fully fledged solo career.

Tokyo Ballet features fairly mellow tracks, again, largely deviating from Tsuchiya's previous sound. While the most upbeat numbers, "Suddenly" and "Silent Hunters," start us off, "Like a Foreigner" changes everything. "The Forever Hour," "Tokyo Ballet," "Alien" "Mannequin," and "Unknown Soldier" indicate that Tsuchiya felt that he was an outsider, but whether it was in his home country, his previous band, Japan with David Sylvian, or within the music business is anyone's guess. Tsuchiya's albums are the emotion that he puts into singing and playing guitar, which he does better than most American, especially in pop music. 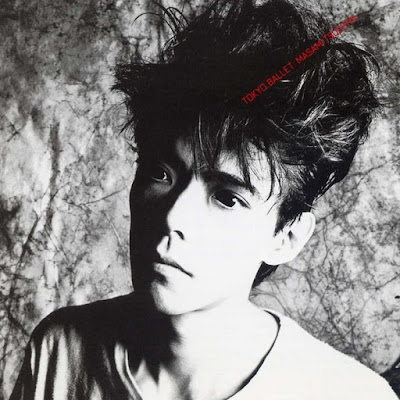 Yet another fantastic album from Masami Tsuchiya. While I enjoyed Tokyo Ballet, Life in mirrors is more reminiscent of the later Ippu-do/RiceMusic sound, which I prefer. Also it doesn't hurt when David Sylvian and Mick Karn (Japan), John Taylor (Duran Duran) and Andy Mackay (Roxy Music) lend their talents to the mix. Great Stuff 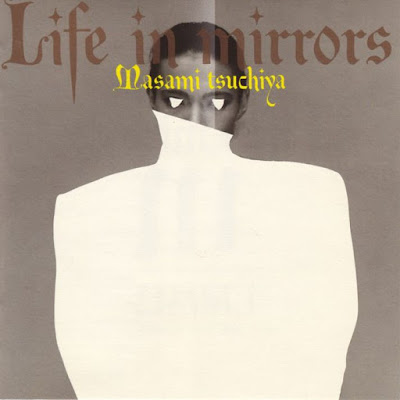 Masami Tsuchiya latest albums features two or three rocker songs, and the rest are slower numbers. He was never a schmaltzy pop star, but Tsuchiya knew how to put together a sophisticated ballad. Welcome to Horizon.

The first song is called "Masked Night " The guitar part that introduces the entire Horizon record is not dissimilar to a Richard Thompson lick, but with more of a Japanese feel. Ironically, most of the tune is made of fretless bass and synthesizer. While not a ball-to-the-wall rock song, this is one of the heavier songs on the album. "Forbidden Flowers," one of the grooviest songs, points us in a different direction. Will Horizon be an upbeat Japanese funk album? Hardly. This songs definitely rivals The Talking Heads, though. I hate to use the same word again, but it's sophisticated. The title track transforms the entire album. There's an eighties ambiance, but the soundscape reminds us that the decade was not devoid of incredible artistry. The rest of the songs all fall in line with "Horizon" as if they tell a cohesive story. Masami Tsuchiya rivals Brian Wilson in the studio; he is a genius. 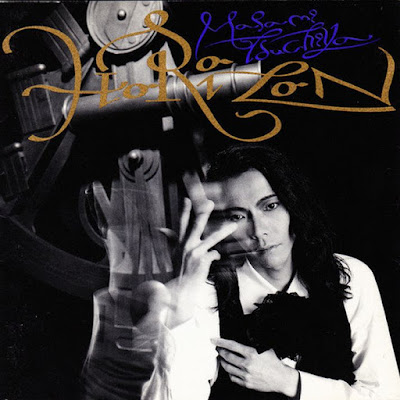 Mitake received piano lessons at the age of four.  He studied music at the Nihon University - College of Fine Arts and graduated there in 1986. He then studied at the Berklee College of Music in Boston and in 1992 obtained his Master of Music in composition.  Later he was promoted to Ph.D.  (Philosophiæ Doctor).  He is a member of the "Japan Society of Composers".

As a pianist and keyboardist, from 1979 onwards he joined Masami Tsuchiya, Takafumi Akao, Shoji Fujii and Kengo Hirata in the pop and techno band "Ippu-Do".  This ensemble created in 1982 with "Sumire September Love" a song for the cosmetics producer Kanebo and found entrance in the popcharts. In 83  he released his first solo album Out Of Reach. After the farewell of Ippu Do he concentrated mainly on composing, specially for movies.. 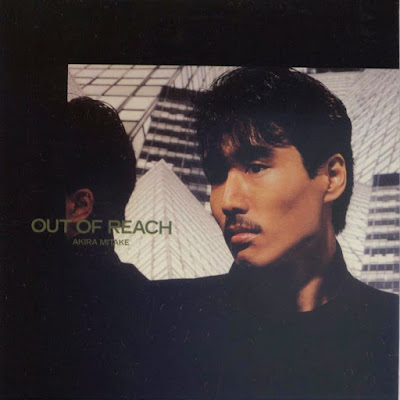 For anybody interested, there's a live video on YouTube from 2016 of Yukihiro Takahashi doing "Cue" with Hosono and Tsuchiya guesting. Masami still looks cool as hell. Look it up.

Fantastic album. Many thanks!