Today we find ourselves in the company of an artist who considers herself to be a “citizen of the world.” She left her war-torn native Algeria in 1999 and moved to Paris for greater artistic freedom. “I am a musician, a dreamer, a melancholic, and an optimist”, she says of herself. Her songs are filled with the pain and nostalgia of parting with one’s homeland, as well as sorrow over parting with a lover. For the most part she sings in Arabic, but she adds a dash of English here and there, and a few songs are sung in French. She prefers to sing and write in Arabic, however, as she feels the process of translating her words into another language dilutes the message in her lyrics.  .....N'joy

Any written dispatch on Souad Massi is apt to turn up the words "Algerian singer/songwriter" before the reader can grasp that cultural strings have little to do with her appeal. That's unfair, given the lengths to which the self-serious but lithe-voiced performer has gone to establish herself as a citizen of the world.

Born into a poor Muslim household in 1972, Massi spent her formative years in Bab el-Oued, a suburb of Algiers, as one of seven siblings. She absorbed a love of music from her piano-playing brother who, despite protestations from their father, convinced their less traditional-minded mother that the guitar lessons she yearned for were worth the investment. By 1992, with Algeria in a brutal civil war and a 7 p.m. curfew in place nationwide, Massi's dreams of mastering her instrument seemed dashed; attending lessons was all but impossible, especially given her sex and Muslim-unfriendly jeans-and-sneakers style.

But life as a semi-shut-in had its advantages for Massi. Instead of stifling her creative instincts, it magnified them. The artist, like many introspective prisoners, dug deep, and through careful attention to American cowboy movies -- The Good, the Bad, and the Ugly, for example -- Massi amassed a collection of favorite sounds. Soundtrack-derived country and folk songs delivered her to the radio dial, where she sought out American roots music. And strumming along eventually turned her proficient enough to join her first band, a flamenco outfit with which she quickly grew bored.

Abandoning that watered-down group would lead to a life-altering musical choice: Massi signed on to front Atakor, a heavy-rock band with political leanings. Her seven years with Atakor earned her a troublemaker's reputation in fundamentalist Algeria, where she quickly became the target of spitting and general scorn. And as the band called more attention to itself with what some considered inflammatory lyrics, danger encroached -- Atakor's equipment was routinely snatched at false road blocks, and Massi, who had disguised herself by cutting off her hair and camouflaging her body with boys' clothes, nevertheless became the target of death threats after the release of a late-'90s Atakor cassette.

By 2000, Massi fled to Paris. Though she took part in that city's "Femmes d'Algerie" concert as a new arrival, she was contemplating a life outside music at the time; a quick-acting Island Records executive who extended a contract changed her mind. In 2001, Massi's solo debut, Raoui, was released on the U.K.'s Wrasse Records label. Like its follow-up, 2003's Deb, also on Wrasse, it concerned itself with the personal rather than the political. Melancholy ballads sung in Arabic, French, and English typically melted into rock, folk, flamenco, and classical backdrops. Those sensitive-minded reflections on love and loss, set to achingly pretty sounds that stray far from North Africa's traditional, pounding rai rhythms, also light up Mesk Elil (Wrasse), Massi's 2006 release.

If Massi's personal transformation and her mastery of genre-jumbling is impressive, her voice is no less so on all three of her discs: the flavors of Merita Halili, Karla Bonoff, and Basia that float through are as universally appealing as the story of her struggle to secure artistic freedom. In 2010, she released her fourth studio album Ô Houria. This album was produced by Francis Cabrel and Francoise Michel. It features Paul Weller on piano and vocals on its closing song.

Massi’s roots are North African and Muslim; but she has no desire to fall back on the stereotypes of either. When asked to describe herself, she says simply “I am African.” Indeed, she is unmistakably North African in her delivery and poetry. Souad Massi, who is still quite young, hasn’t been on the international music scene for very long; and already one can see from her first three outstanding recordings that she has a very promising and long career ahead of her.

Souad Massi is that rarest of Algerian performers -- she doesn't sing rai music. But more than that, she's an accomplished singer/songwriter,  although she works in the Maghrebi genre of sha'bi as much as she does in folk music or soft rock. Electric guitars and touches of flamenco, oud, and the Arabic bass gimbri all help bring a real distinctiveness to her sound, which certainly has more in common with many American '60s protest singers than her contemporaries in Africa (indeed, to some she's Joan Baez reborn). Coke's production (he has worked with Ben Harper) is very sympathetic, bringing a live feel to the record ("Matebkiche" is, in fact, completely live). "Bladi" is a perfectly catchy song, its oud line deftly leading into Massi's smoky voice, and "Nekreh El Kelb" has a vital urgency.  Not a perfect debut, then, but there's plenty of promise for the future, as long as she really remembers her roots. 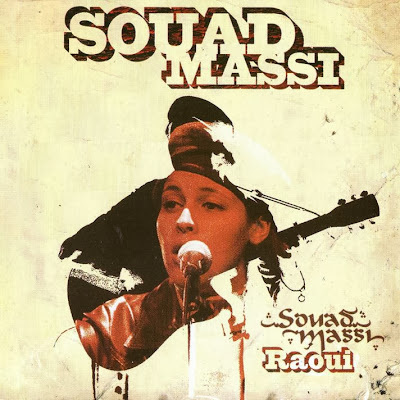 The sophomore album from the "Arabic Tracy Chapman." While that would imply a deep folk-guitar base for her music, that's really not the case. What the album is made of is an extremely eclectic mix of sounds. The base for it all is in Algerian and Andalusian musics, with rai, flamenco and Arab classical music being the main keystones. On top of that, though, is layer after layer of other genres. Western folk is certainly one of the top factors in some of those, as well as hints of Western classical music in the backing violins and cellos that show up from time to time. East African jive and West African juju both seem to make appearances for a time, and hints of tabla from the subcontinent also creep in when you're not paying attention. The main highlight of the album isn't so much the eclecticism though, as it is Massi's abilities in songwriting, singing, and on the guitar. Her voice projects the proper emotion for powerful flamenco vocal runs, and soft French songs alike. Equally versatile, her guitar can make flamenco solos and folk-rock runs easily, along with more careful ballad picking. It's a very versatile album, with some top-notch musicianship from Massi, as well as some top-notch songwriting. Pick it up for a nice relaxed listen. 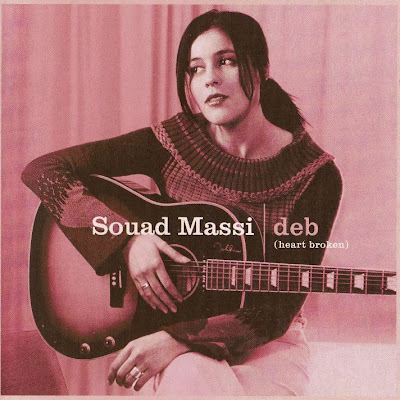 With a voice as sweet as honeysuckle drifting in through an open window, Souad Massi has captured the attention of international audiences. Her third recording Mesk Elil (translated as “Honeysuckle”) proves that all this attention is definitely earned. She is a young woman with great talents as a singer, musician and song-writer, having explored many styles of music including those of her native Algeria (such as chaabi and raï), in addition to experimenting with merging styles such as flamenco, Cape Verdean morna and West African blues. Yet throughout it all she has retained the feeling of those North African nomadic rhythms.

Like many other artists, Souad Massi considers herself to be a “citizen of the world.” She left her war-torn native Algeria in 1999 and moved to Paris for greater artistic freedom. “I am a musician, a dreamer, a melancholic, and an optimist”, she says of herself. Her songs are filled with the pain and nostalgia of parting with one’s homeland, as well as sorrow over parting with a lover. For the most part she sings in Arabic, but she adds a dash of English here and there, and a few songs are sung in French. She prefers to sing and write in Arabic, however, as she feels the process of translating her words into another language dilutes the message in her lyrics. The Algerian dialect has more subtleties, allowing her to say the same thing in many ways and with different intonations. I have often noticed with many international artists that when they sing in a language that is not their own they often sound less interesting and less powerful. The emotional impact is just not there.


What makes her current CD, Mesk Elil, different than her first two recordings, is the addition of orchestration on a few tracks, such as the title track, “Mesk Elil” or “Honeysuckle”. This features her poignantly beautiful voice, full of sadness and homesickness for her homeland. In the chorus to this tune she sings: “I miss everything; I miss you and it hurts, / And I miss the scent of mesk elil too.” Honeysuckle does have a scent that can send us back to our childhood; it is one of the prime examples of a “Proustian miracle”. While Souad Massi may be gaining popularity on the international stage, she is considered a rebel in her homeland and as such she lives in “exile”.  Although this album is filled with longing for her homeland, Massi is due to return for concert in Algeria soon. Hopefully she will be able to capture the positive attention of a new audience in the place she so obviously loves and misses deeply. On Mesk Elil, Massi also duets with some excellent singers. On “Manensa Asli” (“I Won’t Forget My Roots”) she duets with Malian guitarist and singer Daby Touré. 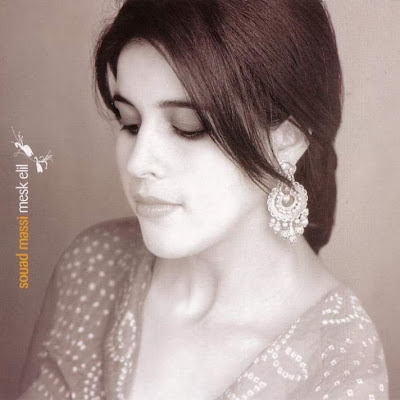 Bonjour Rho
I still enjoy a lot many of your posts and have been following you blog for at least 5 years. Please keep up this good work that is taking for sure a lot of your time. I just regret that you have replaced the m3u files with these pls that are not readable with Window Media Player. I know how to edit these and replace them again with m3u but it's a waste of time, when the former where good enough... Will appreciate a return to this format.
Many thanks again
Francois from Thailand

Hello Francois yes i vaguely remember you having connection problems with certain hosts. Anyway i changed m3u for pls for no particular reason so I can change it back. That said you could consider using another player Foobar 2000 is free with an excellent quality sound, then there's the VLC mediaplayer also free and comes with all the codecs you can think of. be creative and drop that Windows..

Yes I do use the VLC sometimes, and the KMPlayer more often, but WMP was of course automatically installed on my MS powered computer and I find it handy (you know: old guys like routine). I also used MusicMatchJukebox that had an excellent sound, but since Yahoo bought it... it is not in use anymore (!). I may try Foobar though.
Thanks anyway to return to m3u.

Could you please re-up the three Souad Massi' albums?
Many thanks in advance

Thank you very much