Hello,  Sundaze artist today, was more or less announced some days ago at the latest Aetix (1247) in the nineties Jah Wobble became much more seriously interested in spirituality it follows that music would become part of the selfexpression. Here are 3 clear expressions during his nineties path... N'joy

Jah Wobble (born John Wardle)  got his musical career started with John Lydon's post-Sex Pistols group Public Image Ltd (PiL). His trademark bass playing drew heavily on dub, which has remained an important feature of his music. Wobble left his signature mark on PiL's seminal second album Metal Box released in 1980. However, he grew increasingly frustrated by the lacklustre creative atmosphere in the band, besides differences in artistic vision, further conflicts were brought on in part by heavy drug and alcohol abuse in the band . Wobble then went on to recording and releasing his debut album The Legend Lives on - Jah Wobble in Betrayal, and found himself accused by other PiL members of having made unauthorized use of material from Metal Box for the making of Betrayal, there upon he then left PiL in late 1980.

Following his departure from PiL, he went on to a successful solo career, continuing to the present. He has has since collaborated with a wide variety of musicians, first evidence of this the 4 track ep How much are they ? (81) recorded with ex Can members, Hoger Czukay and Jaki Liebzeit. Followed in 83 with the Snake Charmer lp, however his critical stance towards the commercialization of the music industry, caused a clash and he dropped out of the music scene.

It was not until 1986, when Wobble met guitarist Justin Adams, that his creative juices began flowing again. The two hit it off musically, and began experimenting with a diverse palette of pop, dub, Middle Eastern, and North African influences. This laid the foundation for what would eventually become their new group, Jah Wobble's Invaders of the Heart. Keyboard/percussionist David Harrow and Urban Dance Squad drummer Michel Schoots joined soon after, and the quartet began earnestly working on new material. By 1987, the band had worked out a polished live set and decided it was time to take the show to the Netherlands (where Wobble still had an avid following), do a tour, and record. The result was JWIOTH's debut album Without Judgement.

The single "Bomba" brought Wobble back to the public eye in 1990, and he collaborated with Sinéad O'Connor and Primal Scream in addition to releasing the Invaders of the Heart album Rising Above Bedlam in 1991. Three years later, he released Take Me to God, which featured a number of guest appearances from the likes of Gavin Friday. In 1995, he released Psalms, which was followed in 1996 by The Inspiration of William Blake. In 1997 Wobble formed his own label, 30 Hertz, to release Jah Wobble Presents the Light Programme. Umbra Sumus appeared the following year. In 1999, Wobble released Deep Space, which featured appearances from Bill Laswell and Jaki Liebezeit.

In the new century, Wobble became prolific. His first release was Full Moon Over the Shopping Mall, issued in the spring of 2000, followed by Molam Dub that fall. Passage to Hades with Evan Parker appeared in spring 2001. In 2002, Wobble began a series of interconnected -- sometimes short-lived -- collaborative groups to execute specifically minded projects. First, Temple of Sound -- with Natasha Atlas, Nina Miranda, and Shahin Badar -- released Shout at the Devil. That same year, Solaris: Live in Concert reunited Wobble with Laswell and Liebezeit, along with pianist Harold Budd and cornetist Graham Haynes. Reed and woodwind master Clive Bell and trumpeter Harry Beckett assisted Wobble with the nocturnal club jazz that was Fly later in the year.

In 2003, he resurrected another previous group he called Deep Space. This version contained original members Philip Jeck and drummer Mark Sanders with bagpipers Bell and Jean-Pierre Rasle, Beckett, guitarist Chris Cookson, and singer Cat Von Trapp. They released the full-length Five Beats. Bell, Rasle, and Cookson would continue to play with Wobble throughout the decade no matter the band, as evidenced by the ambitious English Roots Music (credited to his Invaders of the Heart project with Liz Carter on vocals). He also cut the soundtrack to the French film Fureur (Fury) for EastWest. Wobble and pedal steel legend B.J. Cole, with Bell, Cookson, and Beckett, cut the nocturnal jazz-dub recording Elevator Music, Vol. 1A in 2004. Later that year, Trojan Records honored Wobble with a career-spanning three-disc retrospective, I Could Have Been a Contender. The dub effort MU was issued by Trojan in 2005.

In 2006 there were two Wobble offerings: the completely solo Alpha-One Three (titled for his taxi driver handle), which appeared in July, and Jah Wobble & the English Roots Band in November. The latter is interesting because after English Roots Music, these musicians became a band apart from Invaders of the Heart. This latter album was recorded live in one take in the studio to reflect the fearsome live energy of their concert performances. Trojan Records issued another of Wobble's wild takes on dub with Heart & Soul in 2007. This recording also brought Gregorian plainsong, Appalachian folk, and gospel into the mix, creating a past-future effect.

The wildest was yet to come, however, as he brought dub to the East by employing Cookson, Sanders, and Bell alongside a group of Chinese traditional musicians to create the inimitable and provocative Chinese Dub in 2008. Car Ad Music, with Cookson, Bell, Beckett, and percussionist Neville Murray, was issued in 2009, and the (mostly) solo Welcome to My World arrived in 2010. Also in 2010, Wobble moved his dub fusion toward Japan with The Japanese Dub, recorded with the Nippon Dub Ensemble (Joji Hirota and Keiko Kitamura) with Bell and Robin Thompson guesting.

Wobble was no less prolific in 2011, recording a pair of albums that are, as has become his wont, radically different from one another. The first, 7, issued on Pressure Sounds, was recorded by his Modern Jazz Ensemble as a tribute to his some of his jazz heroes -- Miles Davis, Donald Byrd, Weather Report, the Art Ensemble of Chicago, etc. The personnel include Cookson and Bell but also Marc Layton-Bennett (drums), George King (keyboards), Sean Corby (trumpet & flügelhorn), and Shri Sriram (tablas and bowed bass). The second offering of the year was a collaboration with guitarist, vocalist, songwriter, and celebrated post-punk revivalist Julie Campbell called Psychic Life, which was issued on Cherry Red in November.

Laswell, who together with most of the Material gang, played on Heaven and Earth calls it "the best thing Jah Wobble has ever recorded." Who are we to argue? 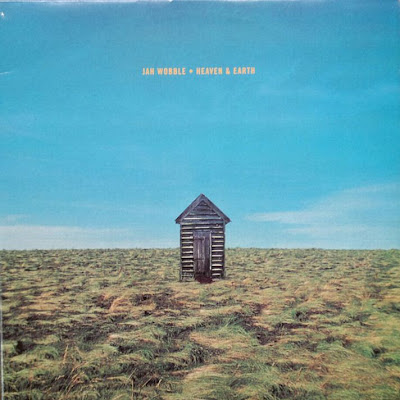 An extended orchestral composition that presents the spiritual life of a soul in five parts, Requiem makes absolutely no reference to Jah Wobble's past in either rock or his more dance-oriented productions. These are beautiful, deliberative works written for strings and a five-person choir, with a libretto that borrows many phrases from The Book of Common Prayer. Though synthesizers do play a large part on the album, Requiem doesn't sound like a synthesized work, since the tones are so similar to their organic equivalents. On the third track, Wobble's electric bass is heard with a small amount of percussion. 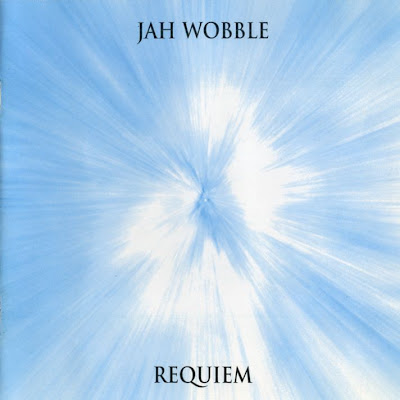 The strange, spiritual album that is Umbra Sumus is one of the more interesting items released in 1998. Bassist and composer Jah Wobble creates strangely compelling soundscapes that draw textures from a variety of ethnic traditions without explicitly evoking any one of them. The first cut, "Il Jevedro il Oblanco," sets the pace with a duet for what sounds like a toy music box and fuzz bass, but suddenly becomes a lush electronica-pop track as vocalist Amila Sulejmanovic begins singing in Bosnian. Elsewhere, Natacha Atlas croons in Arabic over a texture not of ouds and doumbeks, but of synthesized percussion, keyboards, and Wobble's own throbbing bass, and it sounds perfectly natural. "I Offer You Everything" blends reggae percussion, piano, and B.J. Cole's wonderful pedal steel guitar to create something that should have been a crossover pop hit. At times, Jah Wobble's music verges on art-jazz, at times electronica with melodic sound effects, and at times it is in territory that doesn't have a name because nobody else sounds quite like this. Whatever you call this music, it is interesting throughout. Though styles shift continuously, there isn't a dud track on Umbra Sumus, and it's a must-have for those who like intelligent and highly textured pop. The name of this album translates as "We Are Shadows. 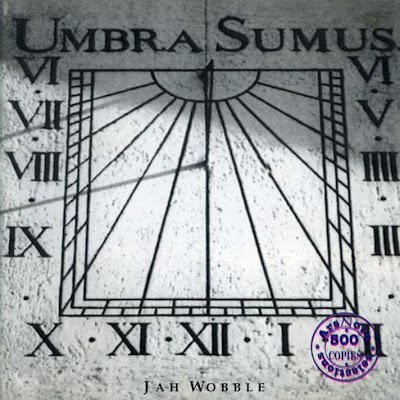 Please can you re-upload Jah Wobble's Heaven & Earth. It is missing from my collection.
Thanks!
E.

Wow! I used to visit this blog ages ago and just found my way here yet again searching for Umbra Sumus!

I see you very recently re-uploaded Heaven & Earth - if there's any way I could twist your arm to please re-up the FLAC version of Umbra Sumus... many thanks in advance if this is possible ;)

Ages ago.. this blog started 7 years ago, but then so much has happened since...
You missed a lot here i can say that much, bookmarking helps and keeping a back up of your bookmarks isn't that difficult either. Anyway as you can see in this comment section i re-upped heaven & Earth last week so why not do the same for Umbra Sumus..N'Joy

A re-up of Jah Wobble ‎– 'Heaven & Earth' would make me smile like the Cheshire Cat!

Would love a re-up of two Jah Wobble albums:

Umbra Sumus
&
Requiem.
Thanks in advance!

Please can you re-upload Jah Wobble's albums? It is missing from my collection.
Thanks!

Rho, I love your blog, the followed since 2007 and I have a large part of the collection, but I would like to improve it with files in FLAC.
I lost the trail in 2011, I thought it had disappeared, but I met it again.
I would be infinitely grateful if you would upload the files that have already expired.
Thanks in advance and congratulations for your great blog ..

Hello Jose, not sure how you could loose trail once you bookmark Rho-Xs, that said are you seriously requesting that i'd re-up the thousands of files i've posted since 2011 that have currently expired. That's not how it works Jose, you'll have to request the file you want (max 2 at the time) and if it hasn't been re-upped the last 12 months which you can verify at the comments section, better still find a mir host file at that page and it will give you the date I re-posted it.

Looks you'll have plenty to discover the coming year, just take it easy and enjoy.

wobble re up possible?