Hello,  another Sundaze in the spotlight an Balearic native well Michael Cretu (German) has been living there when he recorded his Enigma albums...Ibiza chill out, those guys have it rough, partying all night and working up a sweat after dusk, ah well i'll be off a few days but posting continues (scheduled).. N'joy the dreambeats..

From the late 1970s onward, Mihai Cretu already had his own music career on his hands and apart from some collaboration efforts with several other musicians, he also produced his wife's albums. Before Enigma, he released a number of albums under his own name, but none of them sold particularly well. Cretu revealed in an interview that he believed that his ideas were running out at that point.

In December 1990, after eight months of preparation, Cretu released Enigma's debut album, MCMXC A.D., which received over 60 platinum-level sales awards worldwide, and topped the charts in 41 countries, directly becoming the most successful Virgin Records act during that time. The album was Cretu's first commercial success through the single "Sadeness (Part I)," which juxtaposed Gregorian chants and sexual overtones over a dance beat that was very peculiar to the ears of the public at that time. Cretu explained that the album was about unsolved crimes and philosophical themes such as life after death, hence the name Enigma. He had previously used a Gregorian-type chant on the opening seconds of Sandra's 1987 single "Everlasting Love", without integrating them into other parts of the song. "Sadeness" quickly rose to the top of the charts in Germany and France; it went on to become a worldwide hit.

In 1993, Cretu was given an offer by producers to compose the full soundtrack of the motion picture Sliver, but he was unable to accept the offer. Instead, he came up with "Carly's Song" ("Age of Loneliness" in the album and video releases) and "Carly's Loneliness," which were used in the movie and credited in the motion picture soundtrack as well. In the same year, The Cross of Changes was released. It received about the same response from the public (it sold 6 million copies in a year). However, both of the albums also hitched up lawsuits over the issue of sampling from other music sources.

In 1996, Le Roi est mort, vive le Roi! (French for "The King is dead. Long live the King!") was released. Cretu's idea was that this third album was the child of the previous two albums, and therefore included familiar elements of Gregorian chants and Sanskrit/ Vedic chants in it. Though the album was as meticulously crafted by Cretu as the earlier two albums, it failed to achieve the same level of success that they enjoyed. As a result only two of the three singles originally slated were released. The 2000 release of The Screen Behind the Mirror included samples from Carl Orff's Carmina Burana on four tracks on the album. This time the Gregorian chants were toned down tremendously, although Shakuhachi flutes and other traditional Enigma signatures remain. Only "Gravity of Love" and "Push the Limits" were released as singles from the album. Ruth-Ann Boyle (from the band Olive) and Andru Donalds mark their first appearances on the Enigma project.

In 2001, Cretu released a new single called "Turn Around" together with Love Sensuality Devotion: The Greatest Hits and Love Sensuality Devotion: The Remix Collection to end what he considers to be the first chapter of Enigma. A light show was held at the Munich Planetarium in conjunction of the release of the compilation albums. 2003's Voyageur is considered by many to be a total makeover of the project. Practically all of the prominent Enigma signature elements (the ethnic and Gregorian chants, the Shakuhachi flutes) were no longer employed. As a result many fans did not appreciate this new direction, and sales were affected. From a statistical point of view, every Enigma studio album to date has sold roughly half of what the previous release did.

To commemorate the fifteen years of Enigma, a special limited-edition album called Fifteen Years was launched, which was the size of an LP vinyl disk, with Leonardo da Vinci's art in the cover, a big booklet with extra art, and featured eight compact discs. On 26 September 2006, Enigma's sixth album A posteriori was released worldwide, containing a new version of "Hello and Welcome" and the new song "Goodbye, Milky Way", which, despite earlier announcements, was not released as a single. The album is more techno- and pop-oriented electronic music than any previous one. On 19 September 2008, Enigma's seventh album Seven Lives Many Faces was released worldwide. The lead single, "Seven Lives", is a fusion of modern and classical elements.

Credit Crétu for an open ear for whatever works, which is precisely why "Sadeness," the first part of a longer track called "Principles of Lust," turned into a fluke worldwide hit. Snippets of monks invoking the Almighty effortlessly glide in and out of a polite but still strong breakbeat, shimmering, atmospheric synth and flute lines and a Frenchwoman whispering in a way that sounds distinctly more carnal than spiritual (as her gasps for breath elsewhere make clear). Guitar and male vocals add to the album version's try-anything-that-works approach, as do attempts at shuffling jazz beats and horns. If nothing quite equals that prime moment elsewhere on the album, MCMXC A.D. still trips out on the possibilities as it can, right from the opening "Voice of Enigma," inviting all listeners to sit back, relax, and take a gentle trip. Crétu certainly isn't trying to hide anything -- "Callas Went Away" goes right ahead and adds a sample of Maria Callas herself to the chirping birds and soft beats, while elsewhere the flutes, beats, monks, and French voices merrily go about their glossy business. The title of the album MCMXC A.D. is the Roman numeral for the year of its release, 1990. 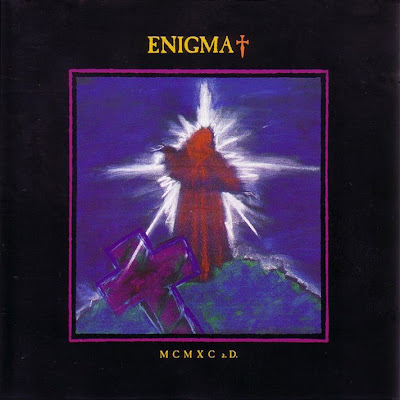 Cretu being no fool, he figured if it worked the first time, no need to change things much for the second. The usual air of tasteful middle-of-the-road spirituality takes precedence, right down to the cover art and appropriately pantheistic quote from Persian mystic poet Rumi in the CD booklet. Needless to say, the music attempts to match the same throughout, and often succeeds. Things kick off with more of the synth-whale song noises and atmospherics from MCMXC, however there aren't any monks to be found this time around, but what sounds like the same whispering woman talking about "clearing the debts of many hundred years" and the like. His work with beats and loops noticeably shows a more developed edge -- while hardly an innovator, there's a bit more grime and loud in his rhythms, which in combination with extra electric guitar make a reasonable contrast to the smoother elements. Consider the rampaging conclusion to "I Love You...I'll Kill You," which while sharing some cheese with the title itself still works surprisingly well, right down to a clever Robert Plant vocal sample at the end. "Return to Innocence" was the big single from this one, not quite up there with "Sadeness" in the popular culture in the U.S. but almost inescapable elsewhere. It's an impressive effort, showing Cretu had a definite something in his own way. 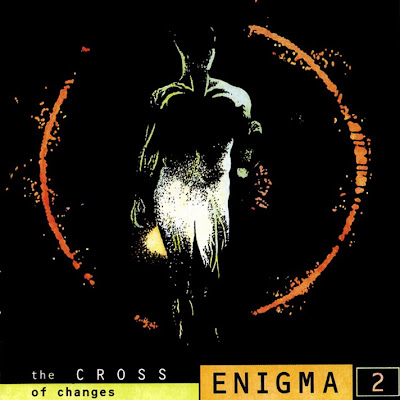 Two albums later, Michael Cretu (the individual who records under the Enigma moniker) doesn't seem to have done much to expand upon his original ideas. The monks are still there, floating in a murky club mix, though this time they're joined by a cool Mongolian ensemble as well. Cretu is singing more, which is unfortunate since his voice is mediocre and his lyrics silly, but the occasional high point does emerge, such as the darkly lovely "The Child in Us." "Odyssey of the Mind" will give you a good idea of what to expect -- lots of atmosphere, lots of reverb, lots of sternly intoned lyrics about, er...something or other. Overall, the cool packaging is the main thing noteworthy about this safe effort.