Hello,  another Sundaze in the spotlight an Icelandic native (what is it with Iceland anyway? Is their water contaminated with some sort of magical chemical that grants their people the ability to create beautiful music?... Following on the heels of established Icelandic musicians such as Björk, Sigur Rós, Múm, GusGus and others, Ólafur Arnalds is yet another talent to emerge from this somewhat unlikely North Atlantic sonic hub of ice and fire and the only country with an official pagan religion..hmm well to to N'joy

Ólafur Arnalds (born 3 November 1986) is a multi-instrumentalist and producer from Mosfellsbær, Iceland, he mixes strings and piano with loops and edgy beats crossing-over from ambient/electronic to pop.

In 2004, Ólafur composed and recorded the intro and two outros for tracks on the album Antigone by German metal band Heaven Shall Burn. On his Facebook page he described how he got to know them as followed: "I was playing drums in a hardcore band and we were supporting the german metal band Heaven Shall Burn on their Icelandic tour. Being a huge fan, I gave them a demo with some very overly dramatic prog-rock songs i had been making at home - it was not so classic like this but had some badly computerized strings and piano in it. A few months later they contacted me asked if i would write some intros and outros for their new album, but only with the piano/strings elements - So i wrote my first classical pieces. Their album was a big success in Europe and a few months later i got a phone call from a label asking "would you be interested in making a full album with compositions like this?". I hadn't really considered continuing writing music like this, but said yes."

On 12 October 2007, Ólafur's first solo album Eulogy for Evolution was released. It was followed by the EP Variations of Static in 2008. In the same year, Ólafur toured with Sigur Rós. He is also reported to have sold out The Barbican Hall in London.
In April 2009, Ólafur composed and released a track daily for seven days, instantly making each track available within 24 hours from foundsongs.erasedtapes.com. The collection of tracks was entitled Found Songs. The first track was released on 13 April.

In April 2010, Ólafur released a new album entitled ...And They Have Escaped The Weight Of Darkness. During 2010 Ólafur also went on a well-received Asia Tour organised by China-based promoter Split Works. On October 3rd 2011, Ólafur started another seven-day composition project similar to Found Songs, this one entitled Living Room Songs. The tracks are made available at livingroomsongs.olafurarnalds.com/ each day throughout the week. The project was released as an album on December 23rd, 2011. He also spoke at length on the subject of fan-submitted art in the 2011 documentary film, Press Pause Play.

More recently Ólafur has been venturing into the world of films, writing his first Hollywood film score to Another Happy Day. He also had music in the hit film Hunger Games and has been featured several times on popular american television show So You Think You Can Dance (Brotsjór) . Ólafur Arnalds’ is currently working on his third studio album and continues his mission to lure an indie-generation of pop and rock fans into an emotive world of beguiling electronic chamber music and delicate classical arrangements.2012 saw him perform all over Europe on his Erased Tapes Tour, he's just returned to his homecountry Iceland to do some gigs in Reykjavík.

Olafur has created a wondrously delicate and refined album of modern classical music that utilizes piano and a small orchestral ensemble. The music is very delicate, but not necessarily minimalist. Some of the string arrangements have a somewhat full quality to them, and each part of the album retains its own identity. There are even a few small segments that include the electric guitar that are both unexpected and magnificent at the same time. My highest compliment to this album and this guy is that he reminds me, here, of Arvo Pärt. There is an undeniable fragility about Eulogy For Evolution that makes it incredible. But don't be fooled into falling asleep somewhere in the middle; the ending is a vital part of the experience. In one of the greatest crescendos I've ever heard, this light classical/ambient album comes to a brilliantly rocking finish... 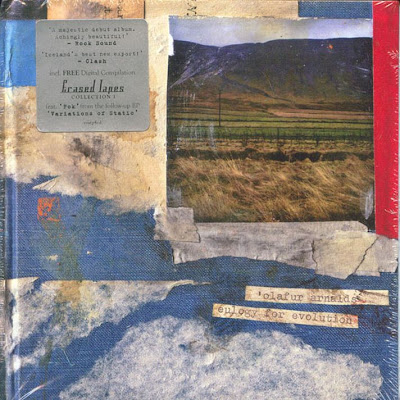 Found Songs collects seven compositions, mainly for piano and strings, each created and Tweeted in a single day. Appropriately, they're concise: Grand, melancholy themes explored for two or three minutes apiece, sometimes closer to etudes than songs. But the slow pacing and careful recording lend an opulent scale to the compact spaces, and the pieces work like tiny yet detailed scenes in music boxes, charming and sad. Throughout the album, a mood of doomed romance prevails. From music-box melodies to maudlin strings, Found Songs dispenses clichés at an astonishing pace, which makes it seem both under- and overwhelming at first.

The minimalist album cover hints at the music inside. It's emotional, cinematic, and doesn't contain the glimpses of electronica that were present on Eulogy for Evolution, which is a better move. If melancholy could be wrapped in sadness drenched in longing, then Arnalds captures it all. This is precisely when words loose their meaning, and the music sings... ...and they have escaped the weight of darkness is a second full-length album from this prolific Icelandic modern classical composer. In places uplifting, and always gorgeous, the contemplative passages escaping Arnalds' fingers on the piano, and the crying stringed instruments, leave the listener reflecting on all that is present in this moment, even if its veiled by the past. 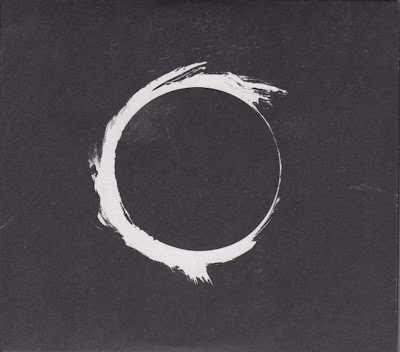 Olafur Arnalds - ...And They Have Escaped The Weight Of Darkness (flac 187mb)

Apologies for my previous mistake. I’ve been looking for these Olafur Arnalds EPs for ages and when I found your blog I requested without reading the rules.

Apolagain, but asking for the Olafur 3EPs in flac please

Apologies accepted, seeing that you are new here and interested in Olafur you should search for him here and you will see more than this page.

Thank you. I can now see where I went wrong; I searched for Olafur and it of course returned all posts relevant to him and I commented on the bottom of my screen which was obviously not the 3 EPs post. Idiot.
This blog is incredible, it must take you hours!!

Hi Rho. I don't think the link to Olafur Arnalds - Eulogy for Evolution was added in your last reup. I just wanted to let you know. Thank you.