Hello, well i've posted most of my On U sound collection there's some leftover titles of acts posted and some samplers I will post later but there's been a big influx of Jamaicans in the UK these last decades and they seeded a vibrant reggae/dub culture, reason enough to post some of the results here.. Hop aboard the Zion Train   N'joy

Zion Train are Dub/Dance pioneers and have been undisputed leaders in the genre for more than 15 years. The band are heavily involved in alternative and DIY underground culture and have been since the 90s as well as being purveyors of the finest Roots Reggae music throughout this period. They are one of the finest live dub acts in the world and promoted the practice of dynamic onstage dub mixing which they perform alongside acoustic instruments and the best live vocalists.

Between 2001 and 2005 Dubdadda added extra live vocals and Bigga replaced Forkbeard on trombone in 2001. The live line-up has always been very flexible, varying from Perch and a vocalist for sound-system gigs, to the full lineup for larger events. From 2006 Molara concentrated on her solo projects and Zion Train live features a variety of renowned vocalists including Dubdadda and Earl 16 alongside Marlene Johnoson, and YT.

Zion Train have been one of the planet's most prolific groups, along with a mammoth recorded output and innumerable production credits, remixes and song writing collaborations they have produced magazines, CD-ROMs, Internet sites and built sound systems. Their early releases were on their own Universal Egg label, until in 1995 they signed to China Records. They released the world's first promotional dub music video for the 'Get Ready' single and caused a furore with the publicity campaign for their 'Homegrown fantasy' album.

Back on their own Universal Egg label since 1999, they have continued to release quality dub, electronica and world dance music. There was a bitter feud within the band beginning around 2001, which led to Neil Perch continuing the band with an almost new line-up, comprising long-term trumpeter Dave Hake, trombonist Bigga and an assortment of international session players and studio vocalists.

Their work from the past decade and a half still sounds fresh to today's discerning ears. 2005 saw the reissue of the bands seminal and long unavailable first and second albums; 'A Passage To Indica' and 'Natural Wonders Of The World In Dub' remastered and redesigned. 2006 saw the re-release of the third album 'Siren', which was thought by many to herald the birth of the dub-dance vibe that swept the globe in the 1990s. A new album entitled 'Live As One' was released in September 2007. 2011 saw the release of their latest album State Of Mind.

This album was recorded partially in Harlesden at the then home of DJ Perch and partially in the then brand new studio space in Seven Sisters - London, The Wibbly Wobbly World of Music. As with all ZT releases around this time there is no 'live' playing of anything, all instrumentation is programmed. Throughout the making of this album ZT were operating the studio commercially and teaching themselves to be studio engineers.

During the making of this LP ZT were educated, by Dougie Wardrop from Conscious Sounds, in the ways of Jamaican mixing. One key element of which is the routing of effects returns back up audio channels on the desk in order for them to be 'properly' fed back on themselves. This is a fact that many 'Rock' mixers are unaware of and which leads to them being unable to create an 'authentic' feedback sound.

The concept for the album is based around a journey to a place where marijuana can be smoked, it could be Amsterdam or anywhere in the World that you can smoke without fear. The CD of this release features only two IDs for the LP sides and one each for the extra tracks. This was an idea which ZT thought was cool at the time but has been adapted for the remastered version released in 2005. This here (93 cd edition) was 'remastered' by me and the tracks split. 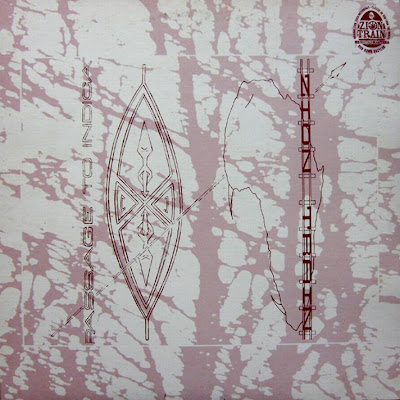 This album was recorded at the same time as many of the early Dub House tunes and was used as a chill out for ZT after the manic sessions for some of those. Percussion is a vital part of Jamaican Dub yet none of ZT has any real skill as a percussionist and so for many years they have relied on samples to add that part to the mix. It has never been the intention to replicate Jamaican Dub music but ZT have always let it serve as a reference and eagerly absorbed any information about Jamaican studios and musicianship. Each of the tracks on this album is a beautiful place that ZT have either visited or read about and many people have been affected by these references. John Peel spoke to the band with great emotion about memories of Llanberis Pass and was amazed that anyone had written a song about it. 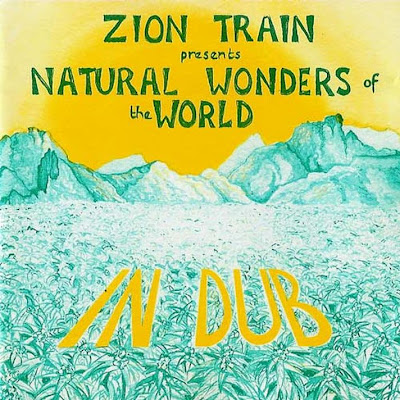 Hey, finally after so many disappointing releases through the last years, someone decided to rewind the time back in the days of 1993. It was also the time when Zion Train came up with the "Natural Wonders Of The World In Dub" album, a very well appreciated album everywhere.  At this time Zion Train also produced this album with the same rig than the "Natural Wonders..." LP. They never published it though. But 7 years  later they decided to bring it out. A good decision, the warm bass sound, the digital drums, all the typical sounds Zion Train used, it's wonderful.

14 tracks are presented all dedicated to one special animal said to be interpretations of the animals. It's a wonderful idea and sometimes it really fits. Most songs are quite fast steppers but all with a soft touch in somehow that comes from the melodies (the interpretations=the animals). You can either dance or dream to the songs. That's of course fascinating. But it's difficult to explain the songs. If you know the "Natural Wonders..." album you know what you have to expect here. Zion Train don't want to prove something with this album IMO. They just wanted to publish a nice and sweet album that is dedicated to the most valuable thing on this planet: the animals! 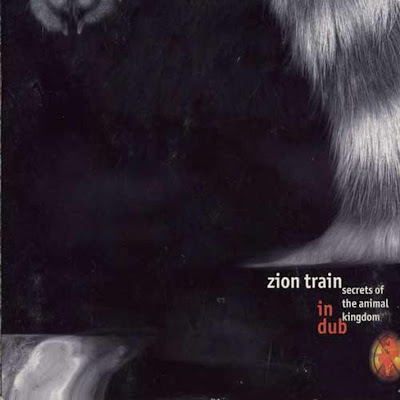 thanks Rho-Xs for all the On-U Sound music.

on a slight tangent, you wouldn't have Lee Perry's From The Secret Laboratory by any chance?

Whilst we're on a roll...I'd love these Zion Train's reupped. Cheers Rho

Can you please Re-up ZION TRAIN albums
Thanks