Hello, we're still in the On U sound corner here with a singer who's career started in Jamaica a few singles got him noticed in the UK but there was little future for him there so he decided to make it in the UK where he was warmly welcomed by Adrian Sherwood and taken into the On U family.

Adrian Sherwood about Bim Sherman
"All great singers and vocalists have one thing in common - their voice stands out like a uniquely tuned instrument that only one person can play. Bim Sherman [was] a singer/songwriter with a truly golden tone.I have been throughout his whole career a huge fan, his was like a voice from the wilderness"

Born in Westmoreland, Jamaica on 2nd February 1950 the singer who became known as Bim Sherman had many aliases - Jarrett Tomlinson, Jarrett Vincent, Lloyd Vincent, Bim Shieman, Lloyd Tomlinson, J.L. Vincent etc. The names Vincent and Tomlinson came from Lloyd's mother and father respectively. Jamaican singers of the sixties and seventies found it a commercial necessity to change names as they moved from label to label, just like the North America's rural bluesmen of an earlier age changed names as they moved from town to town.

Bim Sherman did not ascribe his love of music to any one person but rather to his family, with whom he would attend church services and Sunday school. But as he became older, he would go to the local dancehall:

"... I always knew I could make the music, ever since I was small and it was all I wanted to do. I remember growing up and listening to it, singing along with it and feeling the power of it, which is the other side of roots, and feeling light-headed..."

In the early seventies the young Sherman swapped trades from fisherman to electrician when he moved in with one of his brothers in central Kingston. His closest musical friends were Keith Porter and Ronnie Davis, who would go on to form premier vocal group the Itals, but his first recording experience was with his early mentor Gladstone 'Gladdy' Anderson at the famous Treasure Isle studios. But things did not work out as well as he hoped, or as he once so eloquently put it...

Like so many other young Jamaicans in the seventies Sherman decided to try his luck in the UK, after being persuaded to join 1979's Roots Encounter tour alongside renowned toaster Prince Far I, Creation Rebel and Prince Hammer. In fact his first album 'Love Forever' had been issued a year earlier on the Tribesman label, including the title tune plus nine other previous Jamaican singles. Sherman settled in the UK cementing a friendship and business relationship with the young maverick reggae producer Adrian Sherwood, a long-time admirer of the singer. He became part of various musical collectives associated with On-U Sound, such as New Age Steppers (alongside Ari Up, formerly of The Slits), Singers And Players (with Congo Ashanti Roy and the late Prince Far-I ), and Dub Syndicate.

In 1984, Bim Sherman started "Century Records", originally through On-U Sound, and released two albums : "Bim Sherman And The Voluntary" and "Danger". "Century Records" then stopped releasing material, and Sherman's products started to appear on RDL, the "Revolver Distribution Label". Towards the nineties Century became operational again, with straight reissues of the RDL releases and with compilation CDs featuring tracks from the RDL albums. Subsequent Sherman releases were on Century, often featuring On-U-Sound musicians. Although Bim Sherman had a lot of devoted fans in the UK and Europe, it lasted two decades after he started his recording career before he finally made a commercial breakthrough in the UK charts. In 1994 Sherman re-recorded six of his old tunes in an acoustic session at Richard Branson's Manor Studios, accompanied by Skip McDonald on guitar and Talvin Singh on tablas. A trip to Bombay followed where India's finest film musicians provided the extra layers of sound that resulted in 1994's 'Miracle' (ON-U LP67),  It was this release that made things happen for Sherman.  Dance producer Steve Osbourne took the album track "Solid As A Rock" and made a remix. After it was released on single it scaled the UK charts and helped to re-energize Sherman's career. The next year saw the release of another strong album , "It Must Be A Dream", a collection of remixes.

What marked Bim Sherman out from his contemporaries was not just his plaintively sweet vocal delivery, or the matching subtlety of his songwriting, but the fact that throughout his career he maintained a fierce defence of his own independence as an artist, keeping control of his output both creatively and commercially.

On Friday, November 17th 2000, the news of Bim Sherman's death - one of the true unsung heroes of roots music as well as reggae's most enduring cult figures - reached the reggae massive worldwide. After he got injured as a result of a fall, Bim Sherman was admitted to hospital where, on examination, he was found to have cancer. Then health matters didn't go well and within one week he passed away. It is obvious that his unexpected sudden death is a great lost for his family and friends. But be convinced that Bim Sherman's many committed fans, who supported the artist and his music for two and a half decades , mourned for the lost of this truly very underrated, extremely talented and diverse artist.

Originally released in 1982, Across the Red Sea captures Bim Sherman at an early creative peak. Teaming for the first time with producer Adrian Sherwood, his sweet, delicate vocals are well served by the booming rhythms and experimental textures of tracks like "Golden Locks," "Slummy Ghetto," and "Party Time." 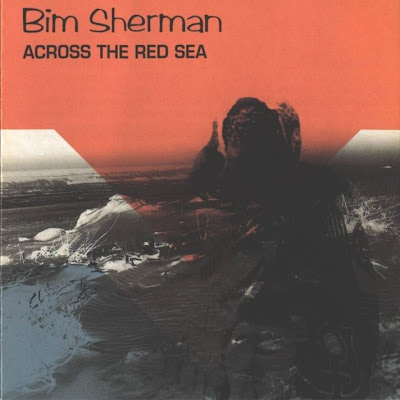 Assisted by the usual On U gang  Dave Harrow, Doug Wimbish, Keith Leblanc, Skip McDonald, Llyod Vincent(Bim Sherman) develops further his own reggae style with the funky input of his musicians. Relaxed but with meaningfull lyrics Bim takes you with him thru his world. 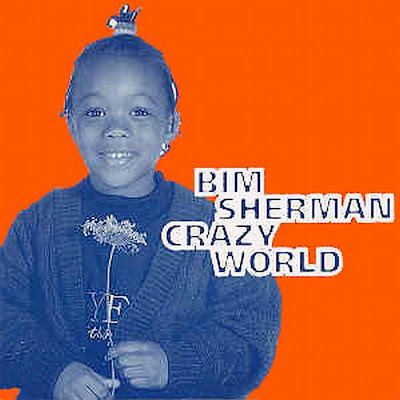 The phrase "couldn't leave well enough alone" comes to mind when listening to this remix album of material from Miracle.  A large part of what made the original album so great was its airy acoustic Indian touch, the same songs are presented here in remixes which vary from straightforward reggae treatments ("My Woman," the dubbed-up Youth mix of "Just Can't Stand It") to jungle (the Underwolves mix of "Can I Be Free from Crying"). Tim Simenon gets a bit techno-ish on his reworking of "Missing You," which does a nice job of incorporating the wailing strings of the original in altered form while pushing the whole thing forward with a modified and slowed-down house beat. Skip McDonald, who sang and played guitar on the original sessions, turns "Lovers Leap" into a funky workout that sounds, not surprisingly, an awful lot like a Strange Parcels number. But it's the Steve Osborn mix of "Bewildered" that takes the prize here -- a shamelessly lush, swooning electronic setting of a song that was uncharacteristically sweet and sentimental to begin with. 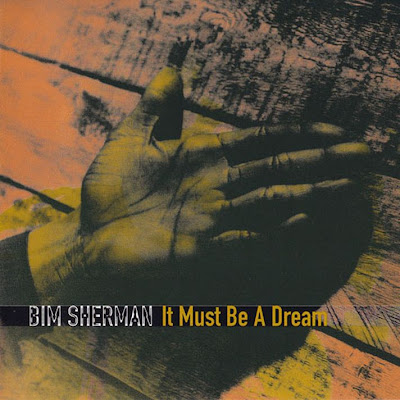 you should warn your followers that all downloads from filecloud need to be registered first, with name and email and so on. All but acceptable for me, sorry. There are so many storage sites, much more easy and large bandwith, I don't understand why you choose to complicate things.
Cheers

Hello Ric, wasn't aware of this as i am a registered user and i notice good speeds (400kps)when i use it to download something. Most other hosters are much slower and/or waiting time. I think simple registering an account shouldn't be that much of a bother.

Even if you register you can only download a small amount before it conks out and demands payment. I think I've only downloaded something successfully the once, even with the registration etc.

RE: "downloads from filecloud need to be registered"

i just dloaded (thanks!) this file with no questions asked or answered.

all i did was click the "request download ticket" at the bottom of the page, answer the captcha and the file was on it's way.

filecloud is a little slower than others BUT i am not complaining about this gift, and i do appreciate all the work and love involved.

And for that i say THANK YOU.

Would love 'Staggering Heights' in lossless, but all links are dead.

And all of the Dub Syndicate please...
Honestly, I'm so thankful for these.

a re-up of CRAZY WORLD would be most welcome thx

Hello DBS i re-upped crazy world 6 months ago but because you are an identified regular i've re-upped that great album again. N'Joy

I'm surprised that even when you can download for free, some people still complain...
Thanks for the music

sorry missed out on the recent re-ups... but Crazy World is my request whenever possible

Nico said...
Hi, I love your blog, very inspiring.
Any chance of getting a Re-Upload of Bim Sherman - Across the Red Sea?

Thank you so much for everything

Hi I would love to listen Bim Sherman - It must be a dream again! Thanks for eveything

Hi Rho, nominating this post for a re-up. Thanks, Matt