Hello,  we're still on that island with a huge place in the global music catalogue, Jamaica. A production hothouse and they say the Weed makes you slow and lazy-go figure. Without the ganja driven reggae music Jamaica would have remained a Caribbean backwater and dare i say would never have given us Bolt, the fastest man in the world.

These last months there's been plenty of reggae & dub from Jamaica,  we kicked off with a man who's name became synonymous with Jamaican Reggae, Bob Marley, together with The Wailers  It makes sense to me to finish our 9 months stay at Jamaica with a couple of posts of the man who in a sense made it all possible, and dragged a niche music into the global mainstream. And when I say global i mean truly global not just the ' West' , but from South America and Africa to the hights of the Himalayas his voice can be heard and all this expansion predating the Internet, truly remarkable.

Todays last Jamaican post concentrates on what was to become Marley's musical epitaths, he knew by this time that the cancer that had started so seemingly small, in his toe and which he refused having amputated, had spread throughout his body. Having survived attempts on his live, this invisible foe was becoming his undoing, whatever he had left to say needed formulating and shared in a positive fashion to reach as many in the world who would hear. Survival showed he wasn't just looking inward but outward towards the oppressed, a call to resist and fight oppression in all of its insidious forms. On Uprising his final album his quest for spirituality in a material world takes center stage..

Containing what is considered Marley's most defiant and politically charged statement to date, Survival concerns itself with the expressed solidarity of not only Africa, but of humanity at large. The album was controversial right down to the jacket, which contains a crude schematic of the stowage compartment of a typical transatlantic slave ship. Survival is intended as a wake-up call for everyman to resist and fight oppression in all of its insidious forms. From Tyrone Downie's opening synthesizer strains on "So Much Trouble in the World" to the keyboard accents emerging throughout "Zimbabwe," the sounds of Survival are notably modern. The overwhelming influence of contemporary African music is also cited with the incorporation of brass, á la Fela Kuti and his horn-driven Africa '70. While "Top Rankin'," "Ride Natty Ride," and "Wake Up and Live" are the most obvious to benefit from this influence. Marley had rarely been so pointed and persistent in his content. The days of the musical parable are more or less replaced by direct and confrontational lyrics. The message of this album is clearly a call to arms for those wanting to abolish the subjugation and tyranny of not only Africans, but all humankind. Likewise, Survival reinforces the image of Marley as a folk hero to those suffering from oppression. 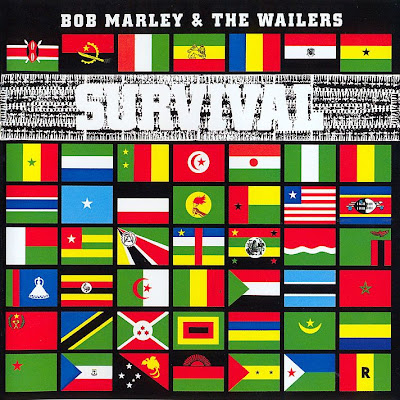 Uprising would be the final studio album featuring Bob Marley & the Wailers to be released during Marley's lifetime. Prophetically, it also contains some of the band's finest crafted material, as if they were cogent that this would be their final outing. The album's blend of religious and secular themes likewise creates a very powerful and singular quest for spirituality in a material world. Although it is argued that an album's graphic design rarely captures the essence of the work inside, the powerful rebirthing image of a rock solid Marley emerging with his arms raised in triumph could not be a more accurate visual description of the musical jubilation within. Musically, the somewhat staid rhythms often synonymous with reggae have been completely turned around to include slinky and liquid syncopation. The major difference is the sonic textures that manipulate and fill those patterns. The inventive and unique guitar work of Al Anderson -- the only American member of the original Wailers -- once again redefines the role of the lead electric guitar outside of its standard rock & roll setting. "Zion Train" is awash in wah-wah-driven patterns creating an eerie, almost ethereal backdrop against Marley's lyrics. The final track on the original pressing of Uprising is "Redemption Song." Never has an artist unknowingly written such a beautiful and apropos living epitaph. The stark contrast from the decidedly electric and group-oriented album to this hauntingly beautiful solo acoustic composition is as dramatic as it is visionary. Less than a year after the release of Uprising, Marley would succumb to cancer. 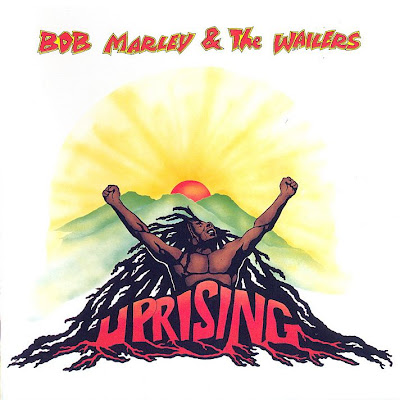 The classic Marley album, the one that any fair-weather reggae fan owns, Legend. Some may argue that the compilation shortchanges his groundbreaking early ska work or his status as a political commentator, but this isn't meant to be definitive, it's meant to be an introduction, sampling the very best of his work. And it does that remarkably well, offering all of his genre-defying greats and an illustration of his excellence, warmth, and humanity. In a way, it is perfect since it gives a doubter or casual fan anything they could want. 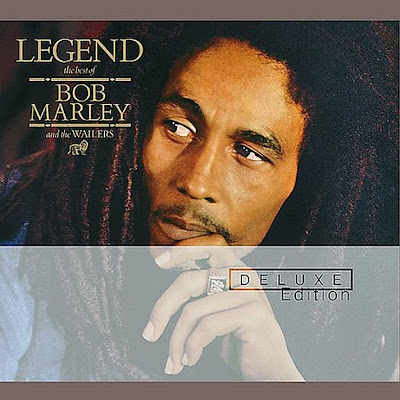 Just a small and sincere Thank You for all the work you do.

Rho,do you think you could reup Uprising please mate?