Hello, Aetix again, 4AD launched more esoteric takes onto the eighties, a quick hop over the channel finds us enchanted by a Dutch band whose profile has always been higher beyond their countries border. Being labelled as Cure light was a typical qualification of a lazy incestues press, shortsighted (lacking an aural metaphor) I suspect the lack of Goth at the time made it difficult. Xymox turned out to become one of it's trendsetters...

Coming up their Aetix output

Clan of Xymox, also known as Xymox at various parts of their career, are a darkwave/gothic rock band founded in Nijmegen, the Netherlands, in 1983. The Subsequent Pleasures EP was self-published under the name Xymox, at that time consisting of Moorings on guitar and vocals, his girlfriend Anke Wolbert on bass and vocals, and Pieter Nooten on keyboards. A chance meeting with Brendan Perry and Lisa Gerrard of Dead Can Dance led to an invitation to support that band on a UK tour, and then a recording contract with their record label, 4AD Records.

Their debut album, self-titled under their newly adopted name Clan of Xymox, was released by 4AD in 1985, and drew comparisons to Joy Division and The Cure. 1986 saw their second album, Medusa (considered by many fans to be their finest work), continuing in this dark vein. They released two albums and a number of singles on 4AD before shortening their name to Xymox in 1988 and signing to a subsidiary of Polygram. Their releases as Xymox were in a more synthpop/dance music vein.
Twist of Shadows was the band's most commercially successful album, selling 300,000 copies. With 1991's follow-up Phoenix (with Nooten back on board)  Xymox was making an effort to escape its obscurity and be more commercial. There were those who labeled Phoenix as the work of a band that had sold out, but while eerie, high-tech tunes such as "Smile Like Heaven," "Written in the Stars" and "Mark the Days" are slicker and more pop-minded than Xymox's mid-1980s work, they're far from bad. The gloominess and overtly European qualities that had characterized early Xymox remained, though Xymox was definitely thinking in terms of the pop-rock audienceless alas it wasnt as successful as it predecessor, and when their recordlabels executive nitwit declined to release the next album, Metamorphosis, Nooten and Wolbert left the band for good.

With only Ronny Moorings remaining they moved to an independant releasing Metamorphosis and Headclouds The Xymox era ended in 1997 when, in the midst of a revival in the Gothic scene, Ronny Moorings made the decision to restart Clan of Xymox . In 1999, they signed with the Metropolis label and released Creatures, which was followed a year later by the two-CD Live. The 2001 album Notes from the Underground was reinterpreted on the double remix CD Remixes from the Underground, which landed in 2002. Farewell from 2003 was a themed album with bittersweet goodbyes to lovers and friends the main topics. The 2004 collection The Best of Clan of Xymox found latter-day highlights next to re-recordings of the band's early material. Two years later, the album Breaking Point was announced by the single "Weak in My Knees." Early 2009 Clan of Xymox switched labels, going to Trisol Records in Europe but staying on Metropolis in the USA and Gravitator in Russia. In July 2009 the single "Emily" was released trumpeting a return to the layered sound of their 4AD years comeback with "In Love We Trust". 2 Years later "Darkest Hour" saw the light.

Fans of this seminal art-goth band will leap at the chance to add this rare and early material to their collections. The first five tracks were recorded in 1984 and released only in a limited run of 500 vinyl copies; the band later essentially suppressed distribution of the EP, and it's easy to understand why: As the band themselves admitted later, their skills were lacking at the time and the whole thing was mixed on a portable 4 track recorder. The tracks are the 84 rerecorded versions after Pieter Nooten had joined Xymox. With "Muscoviet Mosquito" there are signs of better things to come, and "Abysmal Thoughts" actually features a fairly interesting (if repetitive) chord progression. The last six tracks are demos the band made for the 4AD label during the same period, and they already show a marked improvement: someone in the band figured out how to use the drum machine, the songs have more than two chords, and although the singing is still lacking at least it's now farther back in the mix. Recommended primarily to diehard fans and to those who are mainly familiar with the band's later work and are interested in seeing how far they've come. 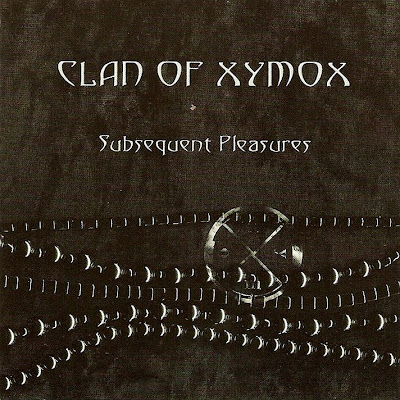 John Peel Sessions displays Clan of Xymox at its most raw, sounding more like the band did on Subsequent Pleasures than it did on the first album. Still benefiting from Anka Wolbert and Peter Nooten's contributions, Xymox sounds more driven and more like an actual band than on the lush John Fryer-produced 4ad albums. Wolbert's "Seventh Time" has more of a menacing thunk and Nooten's "After the Call" is so well-written it actually benefits from the scant production. Considering the absence of a live album from this era, John Peel Sessions presents Xymox as an actual band before being This Mortal Coil-ed into the heavens. 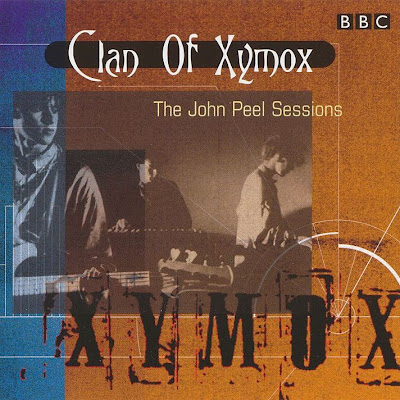 Medusa was seen as probably the group's career high point. Sounds Magazine described Medusa as an "overriding achievement... every track sounds like the finale to a brooding epic overture" "Sleek, efficient, even dramatic, Xymox understand the value of a direct understatement… a bright flash of hope in these blackout days" (Melody Maker). 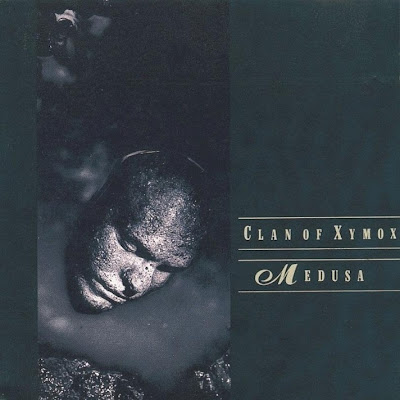 Twist of Shadows is Xymox's third full-length album, released in 1989 on Wing Records (PolyGram) and produced by Peter Walsh (producer of Simple Minds's New Gold Dream album). Gothic vocals surrounded by synthesizer atmospherics will greet you upon entering the world of Xymox. While Twist of Shadows isn't exactly industrial in its sound, the bpm's run mid-tempo and sound totally danceable in a New Order-ish way.

The album captured Billboard's 'Hot Shot Debut" honor and charted in the United States at #165[2] on the Billboard 200. Twist of Shadows launched several charting singles in the United States. In March 1989 "Obsession" shot up to #16 on Billboard's Alternative Songs chart. The second single, "Blind Hearts", reached #9 on the Dance Music/Club Play chart. The third single taken from the album, "Imagination" (with Anka Wolbert on lead vocals) reached #85[6] on Billboard Hot 100 and remains Xymox's biggest commercial success to date. 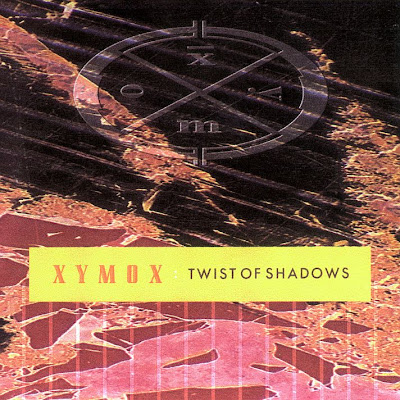 Wow what a weblog i am so inspired here can you discuss here, i am back again again to your site as soon as possible and i have lot of collection for you just click here for more information.

Hello, Happily browsing about your blog amazed as always by the breadth and variety of tunes, I happened upon this collection of Clan of Xymox, yippee. If you are still re-uploading requests I would be very grateful if Twist of Shadows could be reposted in it's FLAC format. Thank you.
PS, and reposts of the rest would be appreciated too.

Thanks Rho for another generous re-post. Only thing is that "Subsequent Pleasures" has a dead Hotfile link. Like always, very much appreciated.

Oops forgot to enter the link-it happens , meanwhile its available

Could you please reup twist of shadows.
It is such a great album.
Thank you

Hello Rho, can you re-up all of the Clan Of Xymox and Xymox from this post and elsewhere?

Many thanks in advance
AJ