Hello, todays post was post-poned last week on account of the death of an artist that gave us so much to enjoy, Adam Yauch, long may his legacy live. Todays artist is very much alive though he's always been rather reclusive, even more so these past years. No surprise then he's been living in a former bank. There has been some activity at his website-digital download front. Apparently there has been a steady build up of material up for release waiting on the moment his divorce is settled, yes how mondane is that, an ex-wife demanding money for her 'support' . When will these artists understand that when they marry they need pre-nuptials.

Richard David James ( August 18, 1971) grew up in Lanner, Cornwall, England, enjoying, along with two older sisters a "very happy" childhood during which they, according to James, "were pretty much left to do what they wanted. He liked growing up there (near Lands end), being cut off from the city and the rest of the world.

As a child he experimented on the strings and hammers of the family piano. According to Benjamin Middleton, James started producing music at the age of 12. As a teenager he DJ ed at the Shire Horse in St Ives, with Tom Middleton at the Bowgie Inn in Crantock, and also along the numerous beaches around Cornwall. From age 16 to 18 James studied for a National Diploma in Engineering from 1988 to 1990 in Cornwall College. James describing his course said "music and electronics went hand in hand".

Richard James's first record was the 12-inch EP Analogue Bubblebath released as AFX, the track "En Trance to Exit" was made with Tom Middleton aka Schizophrenia. In 1991 James formed Rephlex Records with his friend Grant Wilson-Claridge to promote: "Innovation in the dynamics of Acid - Between 1991 and 1993, James released two Analogue Bubblebath EPs under the name of AFX and a Bradley Strider EP under "Bradley Strider". He would also record tracks during this time that appeared on his later releases. James moved to London to take an electronics course at Kingston Polytechnic, but his electronics studies slipped away as a career in the techno business took precedence. After quitting his course, James remained in London and released a number of albums and EPs on Warp Records and other labels under many aliases, including AFX, Polygon Window, and Power-Pill.

The first full-length Aphex Twin album, Selected Ambient Works 85-92, was released in 1992 on R&S Records. It got good reviews not withstanding the fact that the recordings were at times of cassette quality, but thats hardly surprising as he was 14 years old in 85. Anyway, he put to music the world around him, lush landscapes with oceanic beats and added bass lines.
In 1992, he also released the Xylem Tube EP and Digeridoo as Aphex Twin, as Power-Pill the Pac-Man EP based on the arcade game Pac-Man, and two of his four Caustic Window EPs.

In 1993, Aphex released his third installment in the Analogue Bubblebath series, an ambient single On, his second Bradley Strider EP, two more Caustic Window EPs, and his first releases on Warp Records, Surfing on Sine Waves and Quoth under the alias Polygon Window. Warp Records pressed and released a follow-up to SAW85-92, Selected Ambient Works Volume II in 1994. The sound was much less beat-driven than the previous volume. James stated that these songs were inspired by lucid dreams and synesthesia. 1994 would also include a string of other releases including his fourth Analogue Bubblebath, GAK, derived from early demos sent to Warp Records and Classics, a compilation album that includes the Digeridoo single

Two months later, James released the single "Ventolin," a harsh, appropriately wheezing ode to the asthma drug on which he relied. I Care Because You Do followed in April, pairing his hardcore experimentalism with more symphonic ambient material, aligned with the work of many post-classical composers -- including Philip Glass, who arranged an orchestral version of the album's "Icct Hedral" on the August 1995 single Donkey Rhubarb. Later that year, the Hangable Auto Bulb EP replaced Analogue Bubblebath 3 as Aphex Twin's most brutal, uncompromising release -- a fusion of experimental music and jungle being explored at the same time on releases by Plug and Squarepusher. In July 1996, Rephlex released the long-awaited collaboration between Richard James and Michael Paradinas (µ-Ziq). " Expert Knob Twiddlers".

With very little advance warning, another LP, Drukqs, finally arrived in late 2001, his most personal album yet, a 2-CD album which featured prepared piano songs influenced by Erik Satie and John Cage. It is notable that many of the tracks names are written in the Cornish language (e.g. 'jynweythek' translatable as 'machinemusic'). Also included were abrasive, fast and meticulously programmed computer-made songs. Although James continued making frequent DJ appearances, he released no more material until 2005, when Rephlex issued the first installment in a lengthy, 11-part series of 12" singles titled Analord. For the series James used his extensive collection of Roland drum machines which he bought when they were still at bargain prices.The singles' minimalist acid techno harked back to his Caustic Window/Analogue Bubblebath material of the early '90s. Chosen Lords, a CD compilation of some of the Analord material, appeared in April 2006.

Arguably Richard James' first full-length CD, comprised of various EP's from the early '90s when he was experimenting on his homemade electronic gear and cranking out material that surpassed the work his peers were putting out. Because of the nature of this re-release to CD, the tracks don't always flow from one to the next, but if you want a dense collection of his groundbreaking earlier work, this release will satisfy both the uninitiated and fans alike. Few others knew how to bend the rules of electronic music quite the way James does, and this skill bleeds into present day because he sets the standard for what is always on the horizon. He can turn an atonal collection of sounds into something that transcends the dancefloor, and therefore many of the pieces here require the listener's full attention. His imitable and straightforward track "Digeridoo" finally gets to CD not once but twice, both as the original recording and later as a live version recorded in Cornwall in 1990. Other standouts include "Isopropanol" and "Analogue Bubblebath 1," which are also available on the widely available EP Analogue Bubblebath 1 by AFX (one of his many surnames). "Isopropanol" is ominous and relentless, but also hints at his playful side. Another standout is "Polynomial-C," which sounds like a dance-friendly version of the old COSMOS theme with the same steady rhythm of "Digeridoo." . 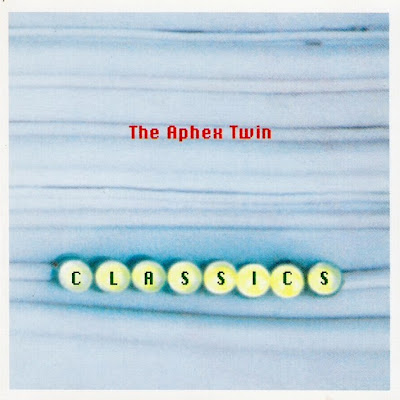 Perhaps inspired by the experimental drum'n'bass being created by Squarepusher (a recent signee to his Rephlex label), Richard D. James' third major-label album as Aphex Twin was his first to work with jungle -- though, to his credit, he had released the breakbeat EP Hangable Auto Bulb almost a year earlier. This album was more extreme than virtually all jungle being made at the time. The beats are jackhammer quick and even more jarring considering what is -- for the most part -- laid over the top: the same fragile, slow-moving melodies that characterized Aphex Twin's earlier ambient works. Most overtly disturbing is "Milkman," the first straight-ahead vocal track from Aphex Twin.  With all the Aphex Twin's curious idiosyncracies, though, Richard D. James Album is a very listenable record and a worthy follow-up to I Care Because You Do. 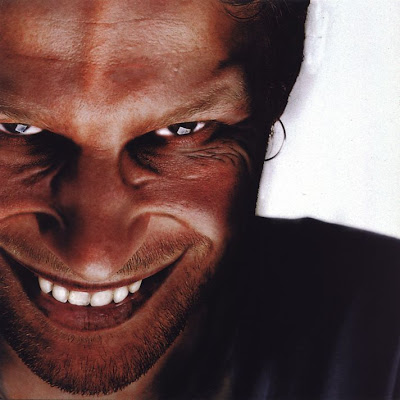 Before Aphex Twin, remixes were dancefloor fodder and singles filler,  for the notorious recluse Richard D. James, it was simply another way to release his music, and as the title of this remix collection indicates, earn some money off the backs of clueless record labels.James created remixes using none of the source material given, sent along work at the last minute with no connection to the artist involved, and even play the middle-man for the productions of his flatmate Global Goon. Nevermind the methods, it's clearly the results that count, and 26 Mixes for Cash comprises some of the most creative, breathtaking music produced by anyone in electronica -- from early successes, like the gloriously uncomplicated ambient pop of Seefeel's "Time to Find Me," to the latest offerings from an artist who should release more, an unlisted remix of 808 State's "Flow Coma". 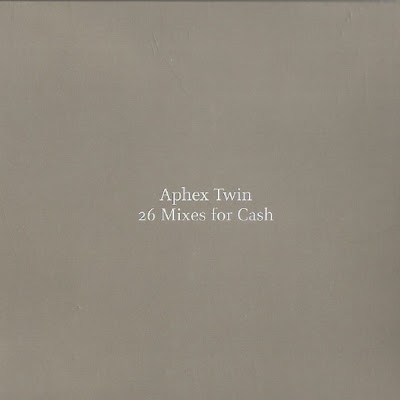 how nice it would be if you could scan artworks in higher resolution.
the present ones are so small they are not legible. thank you.

unfortunately flac links to 26 mixes for cash vol. II are dead. also none of the ogg links do work. would it be possible to check and maybe amend? that would be great, thank you.

Hello. Could you re-up these Aphex CDs please when you have time? Thank you very much.

hi Rho, could you please re up the aphex mixes for cash? thanks.

any chance of a re-upload. Thanks greatly!