Hello, alas big money grabbed the cup tonight, Chelsea had just one corner in 2 hours of play, they used that well as from that Bayern concentration lapse they equalized 3 minutes from time. Bayern haven't been in great form and had some minor chances but they couldn't get thru and when they finally did 7 min from time, no time to build control as games always get hectic towards the end. To make matters worse Robben missed a penalty in extra time. Again Chelsea couldn't believe their luck this championship season, I can understand those that believe a higher power cleared the way for them. Maybe it was the Drogba voodoo ? Such a pity too for Tottenham as now they lose their place in next season's Champions ball.

Some great 'big sky' sundaze coming up you should really check this out if Explosions in the Sky is new to you a chance to really get into it.

With a reputation for a scathingly intense live performance  Explosions in the Sky was touted early on in their career as the next phenomenon in moody and dynamic instrumental indie rock à la Mogwai and Godspeed You Black Emperor! The band has garnered popularity beyond the post-rock scene for their elaborately developed guitar work, narratively styled instrumentals, what they refer to as "cathartic mini-symphonies," and their enthusiastic and emotional live shows. They primarily play with three electric guitars and a drum kit, although band member Michael James will at times exchange his electric guitar for a bass guitar. The band's music is instrumental and completely devoid of vocals.

Originally called Breaker Morant, Explosions in the Sky was formed in Austin, Texas in 1999. Drummer Chris Hrasky is from Rockford, Illinois, and the rest of the band hails from Midland, Texas. The new name of "Explosions in the Sky" came from a comment Hrasky made in reference to the noise or sight of fireworks when they left KVRX on the night they played their first set and recorded their first track, "Remember Me as a Time of Day", that would be released on a compilation. Their 2000 debut album, How Strange, Innocence, was locally distributed in the form of CD-Rs. Rehearsal footage is featured on the feature film Cicadas, which won an Austin Film Festival award.

The quartet of Texas kids, made up of Mark Smith and Munaf Rayani on guitars, Michael James on bass, and Christopher Hrasky on drums, was signed for its first release on Temporary Residence Limited after half a listen to their demo, which was submitted by the American Analog Set with a brief note saying "This totally f*cking destroys."

They garnered a small amount of media attention with their second album, Those Who Tell the Truth Shall Die, Those Who Tell the Truth Shall Live Forever, due to rumors linking it to the September 11, 2001 attacks. The band denied any connection in interviews. The album art shows an airplane with the caption "This plane will crash tomorrow." There were false reports that the last track was called "This Plane Will Crash Tomorrow" and that the album was released on September 10, 2001 in fact the album was released on August 27, 2001.

After being contacted by Brian Reitzell, Explosions in the Sky wrote the soundtrack for the 2004 film Friday Night Lights. Despite having access to rare equipment in the studio for that project, the band kept to their songwriting style in creating original material. Their album The Rescue was written and recorded in eight days as part of the TRL Travels in Constants series. As such, the album was originally only available at the band's live shows.

Explosions in the Sky's fifth studio album, All of a Sudden I Miss Everyone, the title is a summarization to the conclusion of The Catcher in the Rye in which the main character Holden advises the reader, "Don't ever tell anybody anything. If you do, you start missing everybody." The song titles of the album make allusions to the many themes in the novel, having to do with the normality of fear, lack of social stability or place in society, emotional discord, and loneliness.  It debuted February 20, 2007, and exists as both a one-disc version and a two-disc special edition featuring remixes by multiple artists. On April 26, 2011, the band released their sixth studio album, Take Care, Take Care, Take Care

Explosions in the Sky's music features quite often in documentairies . tv shows, commercials

The members of Explosions in the Sky may just be four soft-spoken guys from Texas, but here they simply tear everything apart. Combining influences from classic rock to metal to goth, the band creates instrumental soundscapes that can turn from all-out destruction to heartfelt, dreamy melodies in the blink of an eye. The result is a musical journey that leads listeners through the entire range of emotion without even needing words. "Greet Death" matches a crunchy Dinosaur Jr. hook with warm Cure-esque bass grooves. "Moon Down" chimes and twists through ten minutes of calm night, leaving the listener with the feeling that something awesome is sure to happen. Closing with a grand, 12-minute-long "With Tired Eyes, Tired Minds, Tired Souls, We Slept," a song that moves from Sonic Youth to Joy Division to Explosions in the Sky. Those Who Tell the Truth Shall Die, Those Who Tell the Truth Shall Live Forever is nothing short of awe-inspiring and one of the best records of 2001. 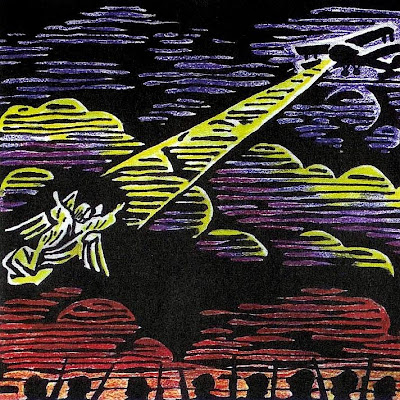 Explosions in the Sky's second effort takes a more studied, even lush approach to the literate chaos of their 2001 debut. But put on your sad sack thinking cap now, because Earth Is Not a Cold Dead Place is a contemplative and heady rush of masterful melancholia. Its six songs are multi-minute, slow motion workouts of gentle electric guitar plucks and subtle/sudden washes of percussion -- they're still instrumental, but as lyrical as anything in the indie rock universe. "Only Moment We Were Alone" turns on a simple, melancholy guitar figure, the drums shifting from insistent catch-up mode to a studied march built to introduce the next layered crescendo. Explosions in the Sky doesn't shift as suddenly or jarringly here; the quartet has applied more structural predictability this time out, but is still quick about setting the sad butterflies in your stomach to fluttering. "Memorial" is the album's meditative heart. It begins so quietly, reduced to brittle landscapes of tone. Lightly chiming guitars drift in, like the echoes of church bells off in narrow city streets. Then, like each of the album's movements, it surges forward in a rush, like the overtures of Sonic Youth separated, dried, and ultimately lengthened in the blistering Texas sun. The final blast of distortion and staccato drumming is Earth at full bittersweet bluster. "Your Hand in Mine" ends things as they began, with a pair of determined guitars picking out a melody that's both pretty and pretty damn heartbreaking. 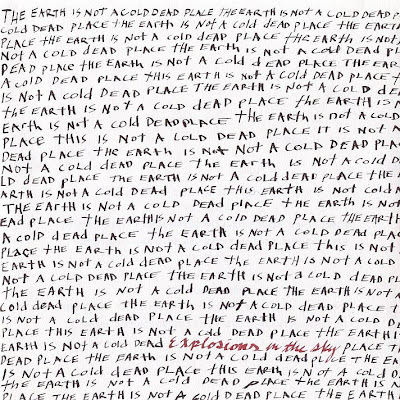 This Austin, TX-based quartet consciously seeks what is meandering and beautiful. If there is a strategy behind their music as revealed by 2001's Those Who Tell the Truth Shall Die, Those Who Tell the Truth Shall Live Forever and 2003's The Earth Is Not a Cold Dead Place, it's that beauty seeks tension to resolve itself and find itself even in seeming chaos. This music featuring layered guitars, piano, bass, and drums begins with melody and more often than not ends with it, no matter how far from the quiet and even halting lyricism the band wandered into at the beginning. While the surface of Explosions in the Sky's sonic sense of labyrinthine adventure can seem similar, the manner in which they get to the center of each piece is not. "It's Natural to Be Afraid" begins with subtle dissonance and the guitars emerging out of quiet chaos with sounds and pianos playing slowly and contrapuntally. It takes over 13 minutes to wind up, down, and around again, but it's an exercise that is rewarding for a patient listener -- or if you simply want to close your eyes and go with it. Ultimately, there is real growth here, subtle and unpretentious as it is. All of a Sudden I Miss Everyone is another gorgeous exercise by Explosions in the Sky. How can listeners not need more music by a band that seeks beauty over everything else in its subtly expanding sonic universe? And here with the bonus disc with well worth remixes to explore. 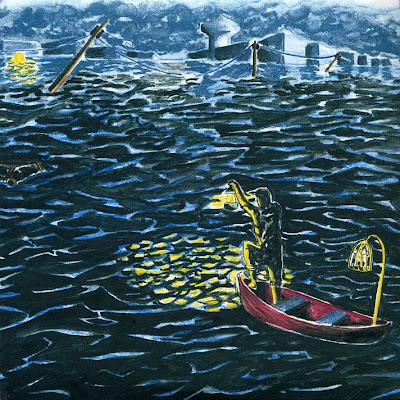