Hello,  last time we landed on an island with a huge place in the global music catalogue, Jamaica. A production hothouse and they say the Weed makes you slow and lazy-go figure. Without the ganja driven reggae music Jamaica would have remained a Caribbean backwater and dare i say would never have given us Bolt, the fastest man in the world.

These last months there's been plenty of reggae & dub from Jamaica,  we kicked off with a man who's name became synonymous with Jamaican Reggae, Bob Marley, together with The Wailers  It makes sense to me to finish our 9 months stay at Jamaica with a couple of posts of the man who in a sense made it all possible, and dragged a niche music into the global mainstream. And when I say global i mean truly global not just the ' West' , but from South America and Africa to the hights of the Himalayas his voice can be heard and all this expansion predating the Internet, truly remarkable.

Marley was born in the small village, his father, Norval Sinclair Marley was a Jamaican of English descent, with parents from Sussex. Norval was a Marine officer and captain, as well as a plantation overseer, when he married Cedella Booker, a black Jamaican then eighteen years old. Norval provided financial support for his wife and child, but seldom saw them, as he was often away on trips. Marley was ten years old when his father died of a heart attack. Thereupon Marley and his mother moved to Kingston's Trenchtown slum . He was forced to learn self-defense, as he became the target of bullying because of his racial makeup and small stature (5'4" or 163 cm tall). Marley became friends with Neville "Bunny" Livingston with whom he started to play music. He left school at the age of 14 and started as an apprentice at a local welder's shop. In his free time, he and Livingston made music with Joe Higgs, a local singer and devout Rastafari who is regarded by many as Marley's mentor. It was at a jam session with Higgs and Livingston that Marley met Peter McIntosh (Peter Tosh).

In 1962, Marley recorded his first two singles, "Judge Not" and "One Cup of Coffee", with local music producer Leslie Kong. These songs attracted little attention. In 1963, Bob Marley, Bunny Livingston, Peter McIntosh, Junior Braithwaite, Beverley Kelso, and Cherry Smith formed a ska and rocksteady group, calling themselves "The Teenagers". They later changed their name to "The Wailing Rudeboys", then to "The Wailing Wailers", and finally to "The Wailers". By 1966, Braithwaite, Kelso, and Smith had left The Wailers, leaving the core trio of Marley, Livingston, and McIntosh. Marley took on the role of leader, singer, and main songwriter. Much of The Wailers' early work, including their first single Simmer Down, was produced by Coxsone Dodd at Studio One. Simmer Down topped Jamaican Charts in 1964 and established The Wailers as one of the hottest groups in the country. They followed up with songs such as "Soul Rebel" and "400 Years". After a conflict with Dodd, Marley and his band teamed up with Lee "Scratch" Perry and his studio band, The Upsetters. Although the alliance lasted less than a year, they recorded what many consider The Wailers' finest work.

The Wailers' first album, Catch A Fire, was released worldwide in 1973, and sold well. It was followed a year later by Burnin', which included the songs "Get Up, Stand Up" and "I Shot The Sheriff". Eric Clapton made a hit cover of "I Shot the Sheriff" in 1974, raising Marley's international profile.The Wailers broke up in 1974 with each of the three main members going on to pursue solo careers.

In 1975, Marley had his international breakthrough with his first hit outside Jamaica, "No Woman, No Cry" from the Natty Dread album. This was followed by his breakthrough album in the US, Rastaman Vibration (1976). In December 1976, two days before "Smile Jamaica", a free concert organized by the Jamaican Prime Minister Michael Manley, Marley, his wife, and manager Don Taylor were wounded in an assault by unknown gunmen inside Marley's home. Taylor and Marley's wife sustained serious injuries, but later made full recoveries. Bob Marley received only minor injuries in the chest and arm and performed at the concert. Marley left Jamaica at the end of 1976 for England, where he recorded his Exodus and Kaya albums. It was here that he was arrested and received a conviction for possession of a small quantity of cannabis while traveling in London. Survival, a defiant and politically charged album, was released in 1979. Uprising (1980) was Bob Marley's final studio album, and is one of his most religious productions, including "Redemption Song" and "Forever Loving Jah".

July 1977, Marley was found to have malignant melanoma in his big toe. Marley refused amputation, citing worries that the operation would affect his dancing, as well as the Rastafari belief that the body must be "whole": This belief may have cost him his life as the cancer spread until may 81 when he died of it. Bob Marley had 13 children (2 adopted) the last one being born 3 weeks after his death, spring 72 he managed to father 3 sons within a month..go figure well the tabloids werent interested in him in those days..

Bob Marley's music has continuously grown in popularity in the years since his death, providing a stream of revenue for his estate and affording him a mythical status in 20th century music history. He remains enormously popular and well-known all over the world, particularly so in Africa. Marley was inducted into the Rock and Roll Hall of Fame in 1994. Time magazine chose Bob Marley & The Wailers' Exodus as the greatest album of the 20th century.

***** ***** ***** ***** *****
Originally issued in 1970, Soul Rebels was the first album credited to Bob Marley & the Wailers, and it was also the band's first full-length collaboration with producer Lee "Scratch" Perry, for whom they had already recorded a string of fairly successful singles. Working with the newly configured Upsetters band, Marley and crew delivered a strange and wonderful set of early reggae that at times plays fast and loose with the already established conventions of the genre -- on "My Cup" the beat sounds inside out, while "It's Alright" sounds like a slightly Jamaicanized version of Motown soul. Other songs, such as the beautifully harmonized "Try Me," show their deep roots in rocksteady. One of the most arresting tracks on the album is the Peter Tosh sung "Four Hundred Years," on which Tosh unburdens himself of some of his typically dread pronouncements in his rich, chesty voice. This here is sourced from a  DVD-A 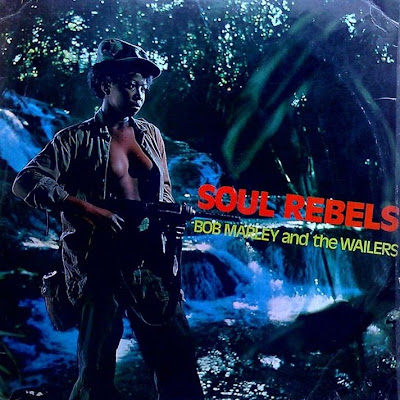 The Wailers' fourth album overall, Burnin', was their second for Island Records, released only six months after its predecessor, Catch a Fire. Given that speed, it's not surprising that several tracks -- "Put It On," "Small Axe," and "Duppy Conqueror" -- are re-recordings of songs dating back a few years. But they fit in seamlessly with the newer material, matching its religious militancy and anthemic style. The confrontational nature of the group's message is apparent immediately in the opening track, "Get Up, Stand Up," as stirring a song as any that emerged from the American Civil Rights movement a decade before. The Wailers are explicit in their call to violence, a complete reversal from their own 1960s "Simmer Down" philosophy. Here, on "Burnin' and Lootin'," they take issue with fellow Jamaican Jimmy Cliff's song of the previous year, "Many Rivers to Cross," asking impatiently, "How many rivers do we have to cross/Before we can talk to the boss?" "I Shot the Sheriff," the album's most celebrated song, which became a number one hit in the hands of Eric Clapton in 1974, claims self-defense, admits consequences ("If I am guilty I will pay"), and emphasizes the isolated nature of the killing ("I didn't shoot no deputy"), but its central image is violent. Such songs illuminated the desperation of poor Jamaican life, but they also looked forward to religious salvation, their themes accentuated by the compelling rhythms and the alternating vocals of the three singers. Bob Marley was a first among equals, of course, and after this album his partners, Peter Tosh and Bunny Wailer, quit the group, which thereafter was renamed Bob Marley and the Wailers. The three bonus tracks on the 2001 reissue are all by Tosh and Wailer, though recorded at the album's sessions, suggesting the source of their frustration. 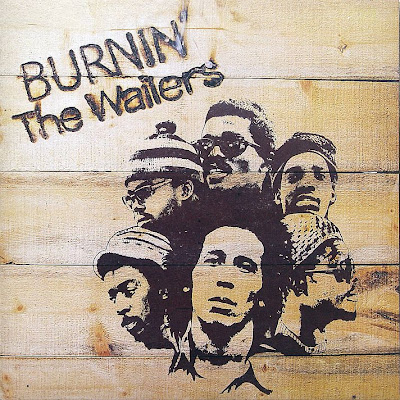 Natty Dread is Bob Marley's finest album, the ultimate reggae recording of all time. This was Marley's first album without former bandmates Peter Tosh and Bunny Livingston, and the first released as Bob Marley & the Wailers. The Wailers' rhythm section of bassist Aston "Family Man" Barrett and drummer Carlton "Carlie" Barrett remained in place and even contributed to the songwriting, while Marley added a female vocal trio, the I-Threes (which included his wife Rita Marley), and additional instrumentation to flesh out the sound. The material presented here defines what reggae was originally all about, with political and social commentary mixed with religious paeans to Jah. The celebratory "Lively Up Yourself" falls in the same vein as "Get Up, Stand Up" from Burnin'. "No Woman, No Cry" is one of the band's best-known ballads. "Them Belly Full (But We Hungry)" is a powerful warning that "a hungry mob is an angry mob." "Rebel Music (3 O'Clock Road Block)" and "Revolution" continue in that spirit, as Marley assumes the mantle of prophet abandoned by '60s forebears like Bob Dylan. In addition to the lyrical strengths, the music itself is full of emotion and playfulness, with the players locked into a solid groove on each number. Considering that popular rock music was entering the somnambulant disco era as Natty Dread was released, the lyrical and musical potency is especially striking. Marley was taking on discrimination, greed, poverty, and hopelessness while simultaneously rallying the troops as no other musical performer was attempting to do in the mid-'70s. 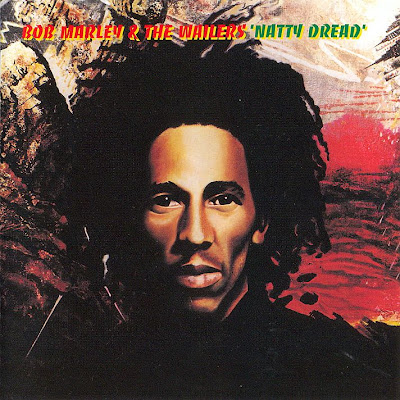 If you could re-up Natty Dread,it would be greatly appreciated.

Is it possible to re-up Burnin' and ?