Hello,  we're still on that island with a huge place in the global music catalogue, Jamaica. A production hothouse and they say the Weed makes you slow and lazy-go figure. Without the ganja driven reggae music Jamaica would have remained a Caribbean backwater and dare i say would never have given us Bolt, the fastest man in the world.

Can't get enough of that dub music ?  Some bad news for you, as I'm nearing the end of this dreadlock holiday, the grand old man will have the last words in the upcoming posts until we'll follow the Gulfstream upwards towards Londinium as the old empire takes center stage this summer.

Sidenote i forgot to enter the flac link for last sundays Moon soundtrack by Mansell-it's up now.

***** ***** ***** ***** *****
The two big shots of Jamaican dubproductions in the seventies meet, that said they are kept apart by a little vinyl as they each take one side. Here are Jamaica's top recording engineers. King Tubby trying to prove that he is the master of the controls. The Upsetter is trying to prove that he is the master. To find out these two giants got together and we have been able to make the results available to everyone on this album. King Tubby at his best. The Upsetter at his best. Winston Edwards and the Natty Locks put down the backing tracks on this album. 29 minutes of dubbb blissss.

Side 1 - Mix by King Tubby of King Tubby Recording Studio.
Side 2 - Mix by Lee Perry of the Black Ark Studio. 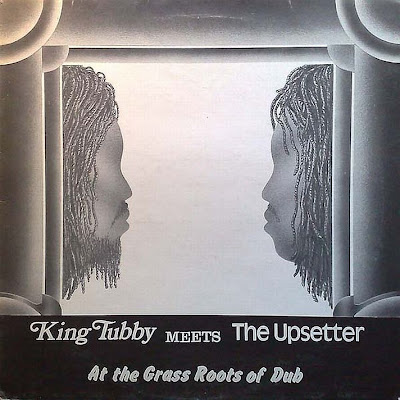 Sly & Robbie came up as part of the Revolutionaries band in the '70s, contributing as the house band at Kingston's legendary Channel One Studio. By the time the roots reggae period gave way to the secular-minded dancehall era of the early '80s, Sly & Robbie had gone into the production business themselves with their Taxi label. Counting such Jamaican music luminaries on their roster as Dennis Brown, Black Uhuru, the Wailing Souls, and Junior Delgado, Sly & Robbie forged their own progressive, synth-enhanced sound, and became one of the premiere production teams and backing bands in the process. This sampler tells a bit of the story. Taking in sides by Brown ("Sitting and Watching"), Delgado, and the Wailing Souls, the 12 tracks here also feature fine performances by the legendary DJ General Echo, Gregory Isaacs, the Viceroys, and the Tamlins. 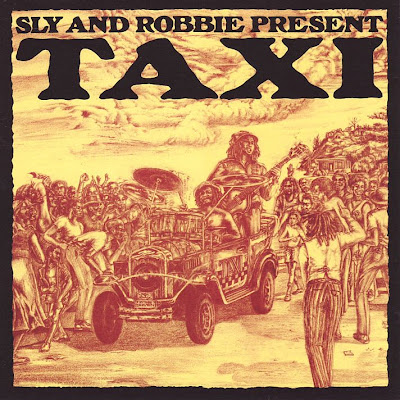 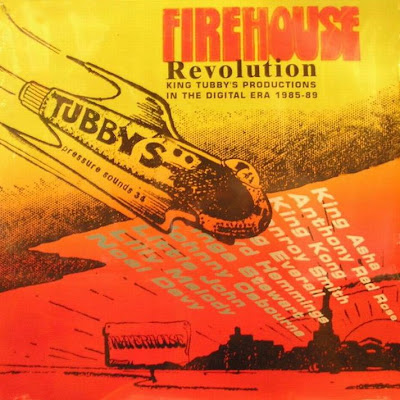 Hi there, is there anyway you could send me that Firehouse comp? can't seem to find it anywhere...
bob.lasalle0@gmail.com

Well Somedude-or Bob, I'm not sure an 380mb attachment is possible, unlikely. I can just re-upload the Firehouse Comp which is what i've done-good luck with it

Hello. Is there any chance of re-uploading the forgotten gem that is Sly And Robbie Present Taxi? Thanks in advance. This blog is truly a study in dedication and generosity.