Hello, looks like i'm still in business , it's been a sunny and windy saturday here, good for the vitamin D production, i'm working on a sunny disposition, one ray at the time..

And Now....Music for the inner cinema..

Laswell's artistic and commercial breakthrough came via jazz icon Herbie Hancock's Future Shock album (1983); Laswell produced the album, played bass on all the songs, and co-wrote most of the material. Its track "Rockit" has frequently been regarded as a pivotal moment in the influence of hip hop and turntablism (via Grand Mixer D.ST). The track was the first hit song to feature turntable scratching. The remainder of the 80’s saw Laswell produce albums for people like Sly & Robbie (who Laswell continues to work with) Mick Jagger, PiL, The Ramones, Iggy Pop and Yoko Ono. Many of these projects afforded Laswell the opportunity to bring in some of his normal working crew to record on more mainstream records.

The later part of the ‘80s also saw Laswell completely sever ties with the Celluloid label, which has since been sold several times. 1990 marked a watershed year in Laswell’s control and ability to produce high-quality recordings controlled by himself. In addition to purchasing his own studio (the famed Greenpoint Studio in Brooklyn), Chris Blackwell, founder of Island Records and longtime Laswell booster, gave Laswell the opportunity to begin a new label with the backing of Island Records. Thus, Axiom Records was born. Axiom played the ‘Nothing Is True, Everything Is Permitted’ credo to its fullest. With a sizable budget and minimal interference from Island executives, Laswell had the means to make arguably some of the most important music of his career. In addition to albums by Material that featured players ranging from Sly & Robbie, William S. Burroughs, Wayne Shorter, Bootsy Collins and Bernie Worrell, he produced and released albums by drummer and Ornette Coleman acolyte Ronald Shannon Jackson, Sonny Sharrock (featuring Pharoah Sanders and Elvin Jones), Laswell main-stay Nicky Skopelitis, Last Poet Umar Bin Hassan and Ginger Baker.

The most successful project and one of the few still in print on Axiom – where the first release was produced, was Praxis. Originally the moniker that an experimental Celluloid 12” by Laswell was released under in 1984, Praxis now became a full-fledged band, The release, ‘Transmutations (Mutadis Mutandis)’ featured the enigmatic guitarist Buckethead, drummer Brain, Bernie Worrell and Bootsy Collins. The project has spawned other releases, never with the same line-up twice, generally consisting of the core trio of Buckethead, Brain and Laswell supplimented by others. 1994/1995 saw a bit of a slow-down in Axiom’s output, but a number of genre-shattering 2CD compilation sets were released. Axiom Funk’s ‘Funkronomicon’ saw previously released tracks by Praxis and Nicky Skopelitis paired with a host of tracks mainly featuring various members of the Parliament/Funkadelic crew. Axiom Dub was another compilation, Laswell also remixed the whole of the Axiom catalog into a 2 disc ambient mix called Axiom Ambient

The ‘90s also saw a number of other labels associated with Laswell, most prolific of these was Subharmonic. Though not owned by Laswell, the label was essentially a release house for his projects, most of which fell into the ambient or ambient-dub catagories, notably Psychonavigation (with Pete Namlook) and Cymatic Scan (with Tetsu Inoue). The label also released albums from Praxis and Laswell’s new project, Divination, an ambient dub project (umbrella moniker for releases of ambient compilations).

Laswell released two albums of remixes from dead artists – Bob Marley’s Dreams of Freedom on Axiom and Miles Davis’ Panthalassa. The first contained airy, ambient dub translations of some of Marley’s Island catalog, largely sans Marley’s voice. Chris Blackwell requested the album as part of a planned series of remix albums by various producers who were rooted in the reggae/dub tradition. Blackwell’s departure from Island killed any further albums. For Panthalassa, Laswell took the tapes from Miles’ ‘electric period’ and re-imagined (cut-up and remix) them. The impetus for the project being that the original releases were just mixes made by Teo Macero from long in studio sessions. Needless to say, critic and fan responses varied wildly.

The late ‘90s saw two other major changes, Chris Blackwell left Island Records. Although he took the Axiom imprint with him to his new Palm Pictures label, the back catalog stayed with Island. Many of the albums are now out of print, efforts to obtain master recordings and new distribution has been unsuccessful. The other change came in the form of studio space. Laswell, seeing that Greenpoint had turned into a sort of hangout, moved his studio to West Orange, New Jersey, now calling it Orange Music or alternately, Orange Music Sound Studios...... more at Rhotation Sundaze 39

The New York-based producer, bassist and visionary is responsible for some of the most interesting and influential recordings of the last 20 years. But unlike other sonic architects, he has no rulebook or pre-defined codes. The range of Bill Laswell’s music has demanded a new openness from musician and listener alike, and through his work points of congruence between genres have become clearer and we now have new hybrid forms to reckon with. “Hitting people on a real level and trying to lift their awareness up a notch or two, to get them to think beyond the conventionally held beliefs that certain musics only work in certain ways. That’s the driving force behind most of what I do, and if it means sacrificing notoriety and acceptance for freedom, creativity and integrity, I’ll do it every time.”

Bassist/producer Bill Laswell has long been one of the most important figures in New York's downtown scene, and here his work has been more and more informed by a strange sort of cybermysticism, a mood which has found its perfect manifestation in this album. It includes remixes of tracks previously performed by Material as well as several new compositions. Laswell's sound is warmer than that of many of his electronic compatriots and actually includes sounds found in nature, perfect for Sundaze... 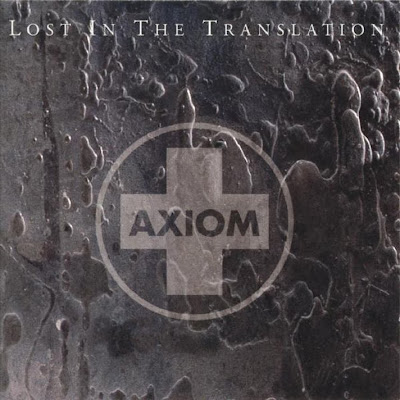 Rho thank you for the uploads. For this coming week I would like to request this album, which has never been reupped. I bet it must sound great on a stereo with the rich diversity of instruments this album has.

Thanks and take care.

By an odd coincidence I also am requesting a re-up. It would be very much appreciated.
Thank you!

Thank you for the reup. I love this music. It is so cinematic and introspective...

Thank you for the re-up!