Hello, glad to see you at another new Sundaze, today we have two prolific composers.who have been creating music for decades minimalists in very different ways and still perfect Sundaze. Njoy !

Hans Joachim is one of the pioneers at the field of the exploitation of electrically generated tones, sounds and noises and belongs to the founders of contemporary popular electronic music. His discografie listes about 80 releases and there are more than 10 productions ready to be released in the next future.

Roedelius was born 1934 in Berlin and lives since 1978 in Baden, south of Vienna. He started to be a professional composer, musician, texter in the late sixties with sound-experiments respectively a sort of "anarchic musical actionism". He worked with Choreografer Caroline Carlsen for the "Theatro e Danza la Fenice" in Venice, with Esther Linley, Mark Lintern-Harris and Joao de Bruco for the "Wiener Festwochen", the "Donaufestival", the "Eurokaz" in Zagreb, the "Szene Salzburg" and other Festivals. In 1968 Roedelius co-founded the music commune known as "Human Being" and co-formed Zodiak Free Arts Lab, the center of Berlin's Underground Culture at the time, with conceptual artist Conrad Schnitzler. He met Dieter Moebius at the Zodiak. In 1970 Roedelius, Schnitzler and Moebius formed Kluster (later known as Cluster). While he played as a member of Cluster, Roedelius worked in various projects like Geräusche, Plus/minus, Per Sonare, Harmonia, Meeting Point Vienna, Friendly Game, Aquarello and Tempus Transit. He has collaborated with many other composers and performers including Brian Eno.

In the interim, after Cluster went on hiatus in the wake of 1981's Curiosum, he plunged fully into solo work, regularly releasing several new LPs each year. Although most of these projects pursued ambient paths -- the multi-chapter Selbstportrait series, 1981's Lustwandel, 1987's Momenti Felici and 1992's Friendly Game all being good examples -- others like 1982's Offene Türen and 1992's Sinfonia Contempora I explored more dissonant electronic soundscapes. Additionally, Roedelius worked in a series of mediums including theatre, dance and film, collaborating with everyone from Holger Czukay to Peter Baumann; in 1990, he and Moebius also reunited for Apropos Cluster, and the duo continued working together throughout the decade to follow. Roedelius has written poems in English and German, some of which he recites on his albums. His solo albums are collections of quiet atmospheric piano pieces, including solos Momenti Felici (1987), duos Pink, Blue and Amber (1996) or groups of up to four performers Bastionen Der Liebe - Fortress of Love (1989).

Roedelius had been growing substantially in fame since Cluster began touring again in 1996. He is now often cited by electronic musicians and releases several albums a year, many of which are collaborations with modern musicians who are fans. He works extensively with Tim Storey and recently released Fibre with the help of Noh 1 (a.k.a. George Taylor), an album which has reached 13th place in "the Third Uncut Playlist of 2009" for Uncut Magazine.

In November 2010 it was announced that Cluster had split up for the third time. In the official announcement, the split up was described as Moebius leaving the group. In the wake of this news, Roedelius announced that he was beginning a new project called Qluster, to follow on from Cluster and Kluster. The band is made up of Roedelius and accomplished electronic musician Onnen Bock and will release a trilogy named "Rufen", "Fragen" and "Antworten" (Calling, Asking and Answering) in 2011. "Fragen" will be released on 27th May. 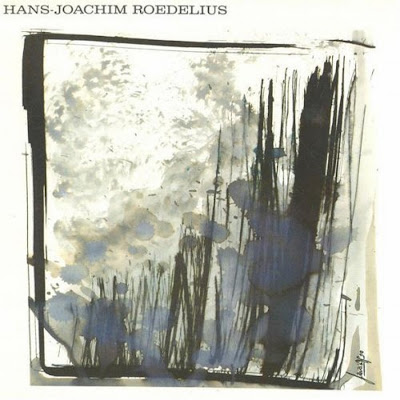 Wim Mertens (b. Neerpelt, Belgium, May 14, 1953) is a Belgian composer, countertenor vocalist, pianist, guitarist, and musicologist. He studied social and political science at the University of Leuven (graduating in 1975) and musicology at Ghent University; he also studied music theory and piano at the Royal Conservatories of Gent and Brussels.In 1978, he became a producer at the then BRT (Belgian Radio and Television). For Radio 2 (Radio Brabant) he produced concerts by Philip Glass, Steve Reich, Terry Riley, Meredith Monk, Urban Sax, and others, and hosted a program called Funky Town. Known primarily as a composer since the late 1970s, Mertens is best known for his opus "Struggle for Pleasure". He is also well known for his piece "Maximizing the Audience" 1984.

Mertens' style, while continually evolving during the course of his prolific output, touches veins of minimalist, ambient and avant-garde, usually, however, preserving a melodic fundament to the forays that he makes into the worlds that he is exploring.

Mertens has released more than 50 albums to date, the majority of which were issued by Les Disques du Crépuscule from 1980 until 2004. Mertens also produced a number of Crépuscule releases and consulted with the label on its choice of works by contemporary composers such as Michael Nyman, Gavin Bryars, and Glenn Branca. Mertens also curated a series of releases for a Crépuscle imprint, Lome Armé, that featured works from the classical era as well as contemporary jazz.

New work released in 2008 includes the CD L'heure du loup which, similar to some of his experimental works, contains a series of tracks based on variations around one composition, the previously released Hors nature. Mertens also released a box set of six volumes from his live Years Without History series, the sixth volume of which (The Promise Kept in Advance) is only available with the box set. A seventh volume, Nosotros, was also released in 2008. In April 2010 Mertens released his first new compositions in several years on the CD Zee Versus Zed. 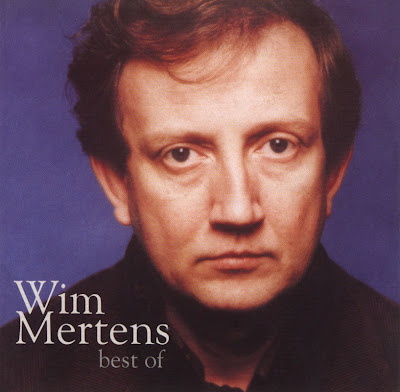 Elsewhere on this blog

all roedelius files deleted, could you re-up or something?
i can send my e-mail...
thank you for all of good sounds

Re-ups of these Roedelius titles, especially the Selbstportraits and Variety Of Moods would be most lovely if possible.

Many thanks for the re-up program you're undertaking. Nice to see someone who doesn't let old gems just completely vanish into permanent limbo as so many blogmeisters seem to do.

Rho, can you please reup these albums when you have time? Thank you.