Hello, today on Xmas day i choose some classical tones to the Sundaze, i hope it will help you digest all that food , abundance of alcohol and the decibels of table discussions..let it slip and take in some sublimely organised notes..

Philip Morris Glass (born January 31, 1937) is considered one of the most influential American composers of the late-20th century and is widely acknowledged as a composer who has brought art music to the public where his big breaktrough came with the movie score Koyaansquatsi (Life out of Balance) . Thus he followed illustrous precursors such as Richard Strauss, Kurt Weill and Leonard Bernstein. Although his music is often, though controversially, described as minimalist, he distances himself from this label, describing himself instead as a composer of "music with repetitive structures". Although his early, mature music is minimalist, he has evolved stylistically. Currently, he describes himself as a "Classicist", pointing out that he trained in harmony and counterpoint and studied Franz Schubert, Johann Sebastian Bach and Wolfgang Mozart with Nadia Boulanger.

Glass is a prolific composer: He has written works for his own musical group which he founded, the Philip Glass Ensemble (for which he still performs on keyboards), as well as operas, musical theatre works, eight symphonies, eight concertos, solo works, string quartets, and film scores. Three of his film scores have been nominated for Academy Awards.

Since the late 1980s, Glass has also written works for solo piano, starting with occasional piano pieces which are associated with his friends, such as Witchita Sutra Vortex (1988). This piece was followed by two piano cycles: Metamorphosis (1988) Solo Piano (1989) is an album of piano music composed and performed by Philip Glass. It was produced by Kurt Munkacsi. Its first track, Metamorphosis One, was featured in the Battlestar Galactica television episode "Valley of Darkness".Its second track, Metamorphosis Two, formed the basis of one of the main musical themes in the film The Hours.

Besides working in the classical tradition for the concert hall, for theater and film, Philip Glass (b. 1937) also has strong ties to rock, ambient music, electronic music and world music. Early admirers included musicians Brian Eno and David Bowie, who acknowledged the influence of Glass's minimalist style. Years later Glass, who had become friends with Bowie, orchestrated certain pieces from Bowie and Eno's collaborative albums Low and Heroes .

According to Philip Glass, the Low Symphony, composed in the Spring of 1992, is based on the record Low by David Bowie and Brian Eno first released in 1977. "My approach was to treat the themes very much as if they were my own and allow their transformations to follow my own compositional bent when possible. In practice, however, Bowie and Eno's music certainly influenced how I worked, leading me to sometimes surprising musical conclusions. In the end I think I arrived at something of a real collaboration between my music and theirs." (Philip Glass, New York City, 1992)

Following the success in 1993 with his Low Symphony, Glass repeated the experiment with another Bowie/Eno collaboration, Heroes, an album that drew its inspiration from the then-divided city of Berlin. The six movements of Heroes Symphony function as independent pieces that, between them, gradually build into a self-sufficient musical work. Like Low before it, Heroes was one of David Bowie's most experimental and avant-garde records, so it made sense that Philip Glass would follow the Low Symphony with the Heroes Symphony, adapting Bowie and Brian Eno's original, minimalistic synthesized sketches for full orchestra. The new arrangements emphasize the icy allure of the original compositions, and the shimmering, glassy textures sound coldly beautiful. 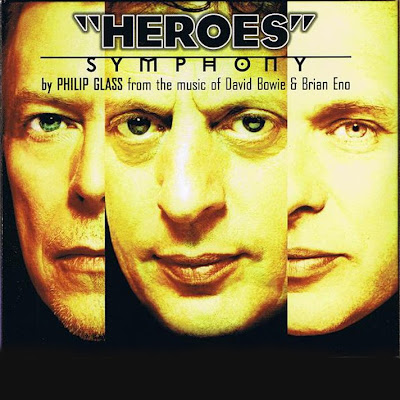 Keith Jarrett (May 8, 1945) is of Hungarian and Scottish extraction, grew up in suburban Allentown, Pennsylvania, with significant early exposure to music. He possessed absolute pitch, and he displayed prodigious musical talents as a young child. He began piano lessons just before his third birthday, and at age five he appeared on a TV talent program. The young Jarrett gave his first formal piano recital at the age of seven, playing works by composers including Mozart, Bach, Beethoven, and Saint-Saëns, and ending with two of his own compositions.
In his teens, as a student at Emmaus High School in Emmaus, Pennsylvania, Jarrett learned jazz and quickly became proficient in it. In his early teens, he developed a strong interest in the contemporary jazz scene, so much so he turned down classical training in Paris. Following his graduation from Emmaus High School in 1963, he moved to Boston where he attended the Berklee College of Music and played cocktail piano in local clubs. After a year he moved to New York City, where he played at the Village Vanguard.

Jarrett started his career with Art Blakey, moving on to play with Charles Lloyd and Miles Davis. Since the early 1970s he has enjoyed a great deal of success in both jazz and classical music, as a group leader and a solo performer. His improvisations draw not only from the traditions of jazz, but from other genres as well, especially Western classical music, gospel, blues, and ethnic folk music. In 1973, Jarrett began playing totally improvised solo concerts, and it is the popularity of these voluminous concert recordings that has made him one of the best-selling jazz artists in history. Albums released from these concerts include The Köln Concert (1975) which became the best selling piano recording in history;and Sun Bear Concerts (1976) - a 10-LP (and later 6-CD) Box Set.

Preliminaries to the concert were not auspicious. The concert was organized by Vera Brandes, Germany’s youngest concert promoter. Brandes had selected a Bösendorfer 290 Imperial concert grand piano for the performance, but the stagehands did not realize that the piano was stored in the cellar of the building. Instead, they found a Bösendorfer baby grand backstage and assumed that it was to be used. This piano was intended for rehearsals only, and was in poor condition.

Jarrett had not slept in two nights. He arrived at the opera house late and tired after an exhausting hours-long drive in a Renault R4. He rushed to finish a hasty meal just minutes before the concert was to begin. After learning about the substandard piano, Jarrett nearly refused to play. Brandes, who just turned 18 years old, had to convince the 29-year-old Jarrett to perform nonetheless. Almost as an afterthought, the sound technicians decided to place microphones and record the concert, even if only for the house archive. The instrument was tinny and thin in the upper registers, so Jarrett concentrated on ostinatos and rhythmic figures. Despite the obstacles, Jarrett's performance was enthusiastically received, and the subsequent recording was acclaimed by the critics and an enormous commercial success. With sales of more than 3.5 million, it became the best-selling solo album in jazz history...... 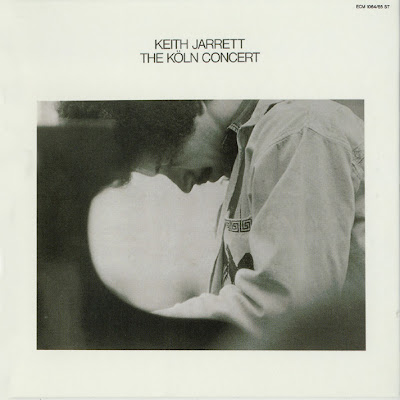 Can you please upload both - Low, Heroes Symphony - Philip Glass and Keith Jarrett - the Koln Concert?

When I think of Heroes by David Bowie and Philip Glass the song that always comes to my mind is Aphex Twin's impressive and disturbing version (https://www.youtube.com/watch?v=8kWuvJZIahA).

Rho, do you know how Richard D. James/Aphex Twin got the vocals cuts and new vocal parts? It seems to me that he had access to some of the takes that didn't make it in the final version of the song. I have always been intrigued by that and makes me wonder how Aphex did this version. He did such an awesome job here!

This is my second request of the week, can you please reup the albums?

Thank you for all these albums and your hard work.