Hello, now the Xmas bonanza has settled and digested it's time to continue the quest.. 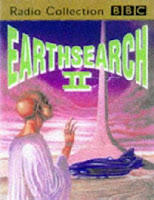 It transpires that this 'monster' is actually an android from the Challenger, which has returned. When the sea level begins to rise, the crew are suspicious of the Angels. They notice a large amount of radiation coming from the southern horizon, and they fly to Antarctica in their shuttlecraft. There they find hundreds of towers embedded in the ice. The Angels are using terraforming equipment from the Challenger to melt the ice and thus raise the sea level in an attempt to get the crew to rejoin them on the ship.The crew are adamant that they will not leave Paradise. The flood gets worse and worse, and will clearly soon submerge all the land. They load breeding pairs of animals into the shuttle cargo bay, and when the water level gets high enough, the shuttle floats. The crew are surviving, barely, and have beaten the Angels for the time being

Just watched this excellent interview with one of my favourite writer/researcher Graham Hancock, its 100 min and it gets better all the time....