Hello, Happy Holidaze To You All ! Todays post is all about humor, although at times you wouldnt know it, the guys from Bad News argue and swear a lot, and Neil well he's as confused as ever but when he hits the spot he's in nirvana..Then there's Monty Python..as it happens i just got an admail from Amazon.uk telling me of a great offer , a dvd pack with all 6 Monty Python movies for just 11.57 (pounds) hmmm..anyway Pythons have written many a great song..so singalong this Xmas.

Monty Python Sings is exactly what it sounds like: 25 songs (six under a minute) written and performed by members of Monty Python's Flying Circus. The numbers should be instantly familiar to fans of their legendary sketch comedy series and theatrical features. Each member of the troupe is represented to some degree or another, including director/animator Terry Gilliam with the tiny tune "I've Got Two Legs" (:33), and two co-written by the late Graham Chapman (to whom the compilation was dedicated): "Medical Love Song" and "Knights of the Round Table (Camelot Song)." John Cleese, Terry Jones, and Michael Palin contributed to several compositions, but the lion's share were written/co-written by the most musically inclined member, Eric Idle. All of the songs are sung by Pythons, with the exception of "Brian Song," which features Sonia Jones channeling Shirley Bassey's Bond anthem "Goldfinger" -- quite successfully, too. It's debatable whether those not already enamored by the Pythons' unique brand of humor would be won over by this recording. For the already converted, however, it represents an opportunity to have all of their best known songs in one place: Life of Brian's "Always Look on the Bright Side of Life", "Lumberjack Song" and, of course, "Spam Song". For better or for worse, many of their most politically incorrect songs are also included: Although packed to the brim with (lyrical) comedy, Monty Python Sings is strictly a musical recording and does not include any sketches, spoken word pieces, or narration. 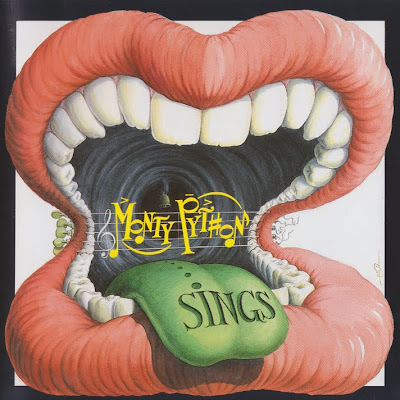 For those of you who don’t know, neil (often written in lower case) was a hippie character, played by Nigel Planer in the alternative comedy series The Young Ones. After that programme came to an end, Planer reprised the character and recorded this album, full of late 60s/early 70s hippie classics, interspersed with spoken word comedy pieces. What’s of greatest interest here though are the musicians involved – the cast list (in addition to a few of Planer’s comedy chums) features a handful of musicians from the early 70s Canterbury Scene. Dave Stewart (the Hatfield and the North man, not to be confused with the beardy one from the Eurythmics) has the greatest impact, playing lots of instruments as well as handling production duties. The first big question which needs asking is exactly how did Planer get these musicians involved? Did he know them personally?

The album begins with an apology from neil, explaining how the album turned out nothing like he’d wanted, before launching into a cover of Traffic’s ‘Hole In My Shoe’ (a number 2 hit in the UK in 1984; it held that postition for three weeks, having been held off the number 1 spot by Frankie Goes To Hollywood's ‘Two Tribes’). Despite a nasty synthesised sample of an elephant, this arrangement of ‘Hole In My Shoe’ is fabulous and very faithful to the original. Dave Stewart’s production is fantastic, as it is throughout the rest of the album. It’s such a pity this only became a huge hit due to its so-called novelty potential.

After neil falls down the sink and has a conversation with a mouldy potato, things get ..... well get it and enjoy 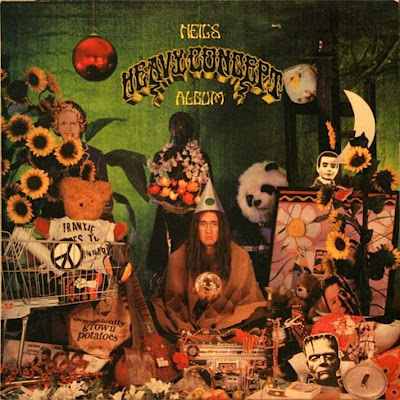 Bad News, the parody of a bad heavy metal band, began as a 1982 episode (pre-This Is Spinal Tap) from the Comic Strip, an English comedy troupe whose members numbered three of the four Young Ones (Rik Mayall, Adrian Edmonson, and Nigel Planer) and writer Peter Richardson (other members included Dawn French and Jennifer Saunders).

Interspersed between several intentionally terrible (and thankfully short) songs such as "Drink Till I Die" and "Masturbike" are what sound like mainly improvised and edited routines, wherein the band tries to record a Tolkein-meets-Iron Maiden mood-setting introduction ("Excalibur"), attempts to get one good song out of the bass player ("Hey, Mr. Bassman"), and engages in lots of funny arguing and, eventually, fighting. The album holds up over time, with many throwaway jokes revealing themselves only after years of listening. Recommended to fans of 1980s British humor. Produced by Brian May who also helps the band destroy Bohemian Rhapsody 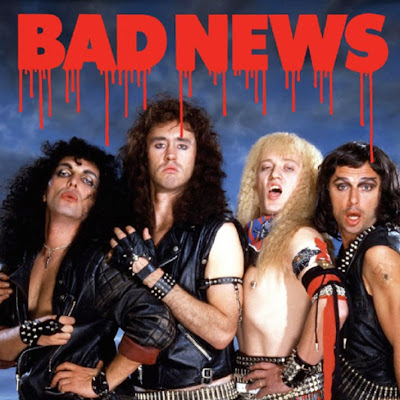 thank you so much

Hi do you have 'monty python sings' in FLAC?

A repost of these in flac would be amazing, if possible. Thanks.