One of the most complex and fascinating works in his catalog, "Eight Lines" -- scored for two pianos, two string quartets, flute, piccolo, and clarinets -- weaves a dense fabric of music where melodies emerge, interlock, and sing. Its 5/4 time signature resists mental subdivision, making the composition appear seamless from beginning to end. Based on Jewish sounds of cantillation, this piece builds melodies one note at a time, making the listener hear a melody emerge that they have actually been listening to for some time; a remarkable work. 1981's Tehillim has earned its place in Steve Reich's canon. It's arguably his most mature and fully realized work, taking the various strands which had intrigued him before (including African percussion, the human voice, and the power of subtly changing patterns) and developing them in new and interesting ways. The title is Hebrew for "Psalms," and the chants the female vocals develop throughout are indeed liturgical texts. As such, they have a rhythm of their own which plays off of the steady pulse of the finger cymbals in interesting ways, placing accents in unexpected places. . 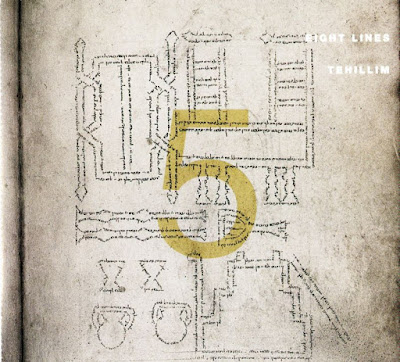 This hour-long work, commissioned by West German Radio and the Brooklyn Academy of Music, marks a transitional period for Reich. Based in the rhythmic pulse of Music for 18 Musicians, he adds a text by William Carlos Williams (sung by a full chorus), uses the more traditional sounds of a full orchestra (strings and brass are suddenly prominent), and snatches of melody dot the musical canvas here and there. The use of vocals here looks forward to such projects as Different Trains and The Cave. If Reich is trying to encapsulate the grandeur of the American west without falling back on typical "Western" tropes, he does so successfully. 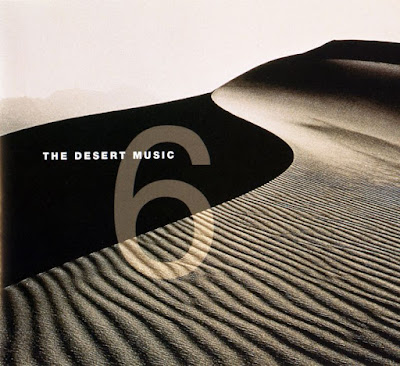 Although Reich's music during the '80s, as he gained in popularity, was increasingly written for larger, lusher ensembles (with, oftentimes, the concomitant loss of "edge"), he occasionally and happily reverted to more contained compositions such as those included here. "Sextet" is pared down to four percussionists and two keyboardists (the latter including synthesizers) and evokes early pieces of Reich's Drumming while incorporating his ongoing use of longer melodic lines. In five sections, it tends toward a buoyant and jazzy bubbliness, percolating with all manner of busy interaction and wonderfully intermeshed rhythms. One of the new techniques employed is having the vibraphonists bow their instruments, generating long, ghostly tones reminiscent of musical saws but cleaner and more precise. Since this cannot be done quickly, Reich writes patterns that interweave between performers, achieving a kind of hocketing effect where, by playing only every third or fourth note in a rhythmic line, the ensemble can produce what the listener perceives as a fast tempo even as each individual is playing slowly. The closing section is pure effervescent bliss. 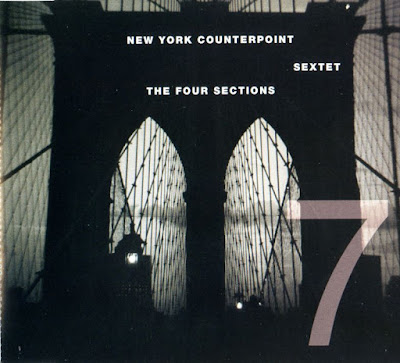 This late-'80s work finds the minimalist composer mixing acoustic and taped material to great effect. The disc's centerpiece is "Different Trains," a work that frames Reich's impressions of his boyhood train trips between his mother in Los Angeles and his father in New York; Reich also intersperses references to the much more harrowing train rides Jews were forced to take to Nazi concentration camps. Using the fine playing of the Kronos Quartet as a base, Reich layers the work with the taped train musings of his governess, a retired Pullman porter, and various Holocaust survivors -- vintage train sounds from the '30s and '40s add to the riveting arrangement. And for some nice contrast, Reich recruits guitarist Pat Metheny to create a similarly momentous piece in "Electric Counterpoint" (Metheny plays live over a multi-tracked tape of ten guitars and two electric basses). Two fine works by Reich in his prime. Meanwhile, Reich -- for the first time in his mature career as a composer -- experiments with modulation between keys and other elements of tonality that he had previously ignored. Indeed, when the final movement, after three movements' worth of Reich's characteristic tonal ambiguity, finally "affirms the key of D major as the basic tonal center," as Reich's lucid liner notes helpfully explain, the effect, combined with the increasing power and passion of the female voices, is astonishing 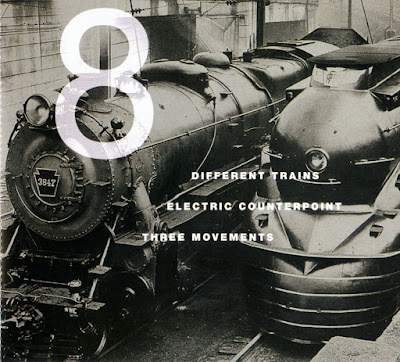 Rho, thanks a million for your Reich posts. I'm really looking forward to the final 2 disks whenever you get around to them. You+your blog continue to be the best!

Thanks so much for these - completing the set! Almost... The links for disc 5 (both flac and ogg) go to downloads for disk 8. Hope you can correct. Cheers.

Oh, not to worry — upon opening the flac zip linked for disc 5 but labelled "Stv_Rch_Eght" its contents is actually "Steve Reich 05 Eight Lines - Tehillim"

Hi,
Any chance of re upping these Steve Reich, I was really impressed by the BBC doc on minimalism.
thanks

Just found your blog, really appreciate the great effort that goes into putting this stuff up

I ask to reupload these albums again when you are available (I guess after March next year).

My twin from the past asked for it but it was too early. I think now it is a good time to ask for a reup.

By the way, have you seen the picture of the backhole? It is scary, isn't it?

Have a good rest of your week!

Thank you for reupping the albums requested.