Today's artists are an English neoclassical dark wave/martial industrial band, known for their cinematic sound. The duo has provided soundtracks to a variety of TV programmes and films, and is known for its rescoring of silent films..... N'Joy

Formed in Sheffield, England by brothers Klive and Nigel Humberstone in 1981, In the Nursery explored a strange fusion of industrialized military rhythms and classical and film soundtrack music. Devoted more to the former in their early years, the band debuted in 1983 with the mini-album When Cherished Dreams Come True, also contributing to several compilations over the next two years. After the 1985 Temper EP, the group's initial lineup had evaporated, leaving only the Humberstone brothers to record their first full-length effort, 1986's Twins, which began to explore classical influences in greater depth. Percussionist Q and French bilingual vocalist Dolores Marguerite C were added for 1987's Stormhorse, which was intended to resemble the soundtrack to an imaginary film. 1988's Koda continued in this vein; in 1989, Wax Trax! released a compilation of the band's early work entitled Counterpoint.

Following the collapse of Sweatbox, the band moved to Third Mind Records to complete the delicate L'Esprit. In the Nursery altered its approach somewhat for the more graceful, refined L'Esprit, on which Dolores Marguerite C's vocals played a prominent role for the first time. The album was recorded with engineer Steve Harris who had contributed to Köda and would feature on all the band's subsequent releases. Sense and Duality were followed by a logical progression to real soundtrack work on 1993's psychological drama An Ambush of Ghosts. Their music has also featured in Interview with the Vampire, Street Fighter II: The Animated Movie, and The Rainmaker. In the late 90s the band was commissioned, as part of the Optical Music Series, to provide new scores for the silent classics The Cabinet of Dr. Caligari, Asphalt, and Man with a Movie Camera. Anatomy of a Poet, a concept album about the creative psyche, featured author Colin Wilson reciting romantic poetry against a lush backdrop of strings, and also included a cover version of Scott Walker's "Seventh Seal".

A retrospective compilation of their work was the first release on their own ITN Corporation label. Further concept albums have included Deco (inspired by the Art Deco movement) and the ambitious Lingua, an exploration of language featuring vocal contributions from around the world. The Humberstones also record more dance-oriented material under the Les Jumeaux moniker, and as such were involved in pre-production work on Sabres of Paradise's classic techno anthem "Smokebelch".

The 2011 release Blind Sound is a more consistently dark album from the Humberstone brothers and features more real percussion than previous releases. It was followed a year later by The Calling which featered Simon Beckett. In 2015 they scored a 1928 silent movie about Edger Poe's tale The Fall Of The House Of The Usher.

A striking new phase in In the Nursery's career began with this album, first in what the band terms the "Optical Music Series," commissions to create new soundtracks for silent films. Allowing brother Klive and Nigel Humberstone the further chance to create cinematic music -- something they always seemed destined to do -- was an inspired touch on the part of the British film society who placed the request, and which the brothers fulfilled in spades. Working here without any of the their regular side players, the Humberstones create a rich, lovely soundtrack that fits in well with their other work while still being distinctly different. The film itself is regarded as one of the classics of early cinema, and has had a number of soundtrack interpretations over the years; ITN's entry begins with a nice touch -- the sound of a film threading through its projector -- before beginning the seamless series of pieces making up the album as a whole. Much like the soundtrack for Ambush, The Cabinet of Dr. Caligari has few songs that specifically stand out on their own, instead providing a general mood-setting ambiance which carries through the album. Predominantly consisting of explicitly electronic as opposed to symphonic synth compositions (though such elements do crop up throughout), the soundtrack carefully suggests the action without being explicit or overwrought, as with the distorted samples of carnival music on "Fairground." Gentle basslines and echoed percussion sounds come to the fore as well, with a bell-like chime acting as a running motif throughout to tie everything together, and atonal or grating tones are worked into the mix at times to suggest the growing unease and nightmarish quality of the film as it progresses (and which at times seem to slightly echo another classic electronic soundtrack to a dark film, Vangelis' work for Blade Runner). In sum, quite a fine start to ITN's new line of work. 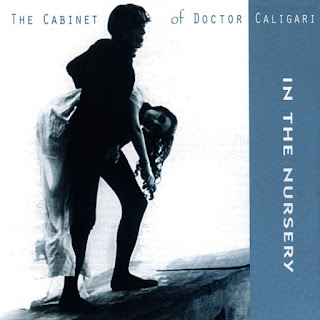 In The Nursery - The Cabinet of Doctor Caligari  (flac  258mb)

This album is limited release for the Brazilian to introduce ITN work from Stormhorse to Scatter period. They play their trademark classically influenced sound for imagine movie soundtrack. The atmosphere is really wonderful and excellent soundtrack-like music but not boring. If you are the first time know In the nursery. This album can give you partial musical introduction of ITN. 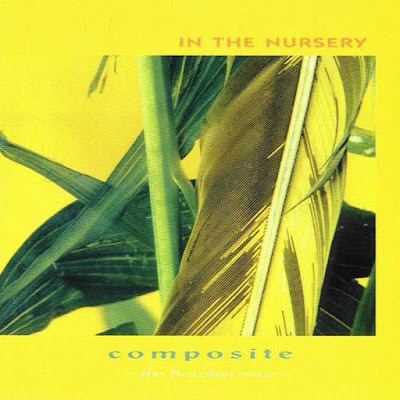 Embracing rhythms as the key sonic signature for this album (thus the title in part), on Groundloop, In the Nursery bring over a bit of their more experimental side from Les Jumeaux to a set of eight songs, nearly all of which have more active, complex drumming and drum patterns than the band has tried before. In many ways Groundloop is one of the most poppy things the Humberstones have ever created, with the trademarks of their work together -- classical arrangements, a cinematic, mysterious mood, and more -- informed by a newer accessibility. The album is also one of the shorter ones they've done in a long while -- eight songs, 45 minutes -- while Dolores Marguerite C.'s singing is similarly focused and straightforward, as can be heard on "Groundloop" itself and "Hymn Noir." The latter is a charging track in particular; not quite a dancefloor number along the line of some Les Jumeaux songs, but still close to it, as the pulsing synth bass work indicates ("Chronicle," delivered in some very lovely Spanish, and other songs use that as well). For all this, the band's sense of artistic reach isn't compromised, and some of the songs easily rank among In the Nursery's most powerful and passionate. "Allegory" in particular is astonishing, rolling drums and Henrik Linnemann's flute backing a soaring, ever-strengthening surge of strings while Dolores Marguerite C. beautifully recites extracts from the Rubaiyat of Omar Khayyam. Once or twice things get a touch draggy, with some of the instrumentals being listenable enough but not as compelling as the band at its absolute best. But as is generally the case with In the Nursery, the pluses far outweigh the minuses, resulting in another fine album from the Humberstones. 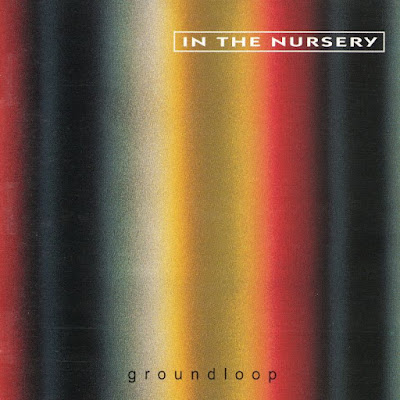 While the Humberstones have been creating soundtracks for some years, Engel finds In the Nursery taking a more modern twist on that approach -- along the lines of numerous other darkwave bands, the group's work here is the soundtrack to a computer game created in Germany. Set years in the future and envisioning a post-apocalyptic landscape crossed with a dramatic spiritual setting ("engel" itself is German for "angel"), the game certainly has the sound of an intriguing project, and In the Nursery live up to their own high standards. In the same way that An Ambush of Ghosts reworked songs from Trust and Duality, Engel also revisits some past material. "Blue Religion" gets retitled "New Religion" and leads off the album with a roughly energetic take, almost sounding conventionally rock at points thanks to the bass and background yelps. Q's snare drum work and the usual mix of strings and other classical instrumentation, though, easily confirm who's behind the music. Elsewhere, the brilliant lead track from L'Esprit, "To the Faithful," is reworked into "Engel -- To the Faithful," with a new, slower string-led introduction leading into a new arrangement of the familiar melody that sounds even more breathtaking and heart wrenching than before. As for the album as a whole, in some ways it arguably combines many strands of In the Nursery's career in one place. There's the soundtrack element, of course, but there's also the experimental electronics familiar from the Les Jumeaux albums and the sweep of the band's standalone work as well. Dolores Marguerite C. takes a great lead vocal turn on "Angelorum," while the participation of oboeist James Watts and flautist Henrik Linnemann helps continue the tradition of evocative, beautiful In the Nursery music. Secret highlight: the reflective, quietly soaring "Aftermath." 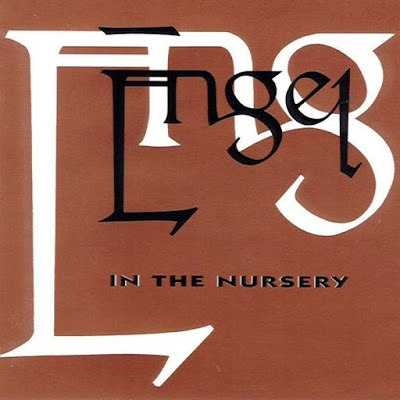