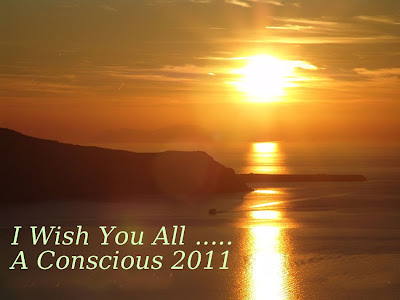 That means, don't be distracted by all the crazy nonsense that's presented by the media, don't let stupid politicians, greedy banksters or global fearmongerers distract you from what's really important and that is what have you to bring to (y)our well being. Everyone counts..despite what you have been led to believe.


Today on the New Years Daze afterparty i had to go for something utterly relaxing..it's not background music but atmosphere music, coined as ambient in years to come, now such can get chilly sometimes but not with Eno here, infact there's more structure than consciously noticable..but your unconscious does, and thats the beauty of it...relax and enjoy

Brian Eno has featured several times at this blog, so i'll keep it short here

Brian Peter George St. Jean le Baptiste de la Salle Eno, sometimes simply Eno, (born May 15, 1948), is an electronic musician who started his musical career with Roxy Music. He then went on to produce a number of highly eclectic and increasingly ambient electronic and acoustic albums. He is widely cited as coining the term "ambient music" in his Ambient series (Music for Airports, The Plateaux of Mirror, Day of Radiance and On Land). He collaborated with David Byrne, formerly of Talking Heads, on My Life in the Bush of Ghosts which was one of the first albums not in the rap or hip hop genres to extensively feature sampling. Eno collaborated with David Bowie as a writer and musician on Bowie's influential "Berlin trilogy" of albums, Low, Heroes and Lodger, on Bowie's later album 1. Outside, and on the song "I'm Afraid of Americans". Eno has also collaborated with Robert Fripp of King Crimson, Robert Wyatt on his Shleep CD, with Jon Hassell and with the German duo Cluster. Eno has acted as a producer for a number of bands, including U2 and James. He won the best producer award at the 1994 and 1996 BRIT awards. He is an innovator across many fields of music and recently he has collaborated on the development of the Koan algorithmic music generator. He has also been involved in the field of visual arts. In 1996 Brian Eno, and others, started the Long Now Foundation to educate the public into thinking about the very long term future of society. Brian Eno is also a columnist for the British newspaper, The Observer.

The latter part of 1975 was a remarkably creative period for Brian Eno. With his masterpiece Another Green World, Eno began moving away from the structure and sound of pop music toward a more static instrumental model, influenced in part by Erik Satie and strongly informed by his prior collaborations with Robert Fripp. Recorded just a month after Another Green World, Discreet Music is his first full foray into what has become known as ambient music. Using the same system of two reel-to-reel tape recorders as No Pussyfooting and Evening Star, Eno was able to layer simple parts atop one another, resulting in a beautiful piece of music that never really changes but constantly evolves with the addition and decay of different parts. And while there were elements of noise and dissonance on the albums with Fripp, all the sounds here are calming and serene. The second half of the album deals with the same ideas of recurring themes and evolution but uses a different approach. Here, members of the Cockpit Ensemble use pieces of the score of Pachelbel's Canon in D Major, but the relation of these elements changes over time by having the parts slow at differing intervals or using different lengths of the musical score. The same notions of theme and constant variation appear, but without the aid of the tape delay system. The tones of the strings are vastly different from the synth tones of the title track, but the effect on the listener is the same, with the pieces delicately unfolding over time. Discreet Music's reputation as a groundbreaking and influential work is surpassed only by its placid beauty. 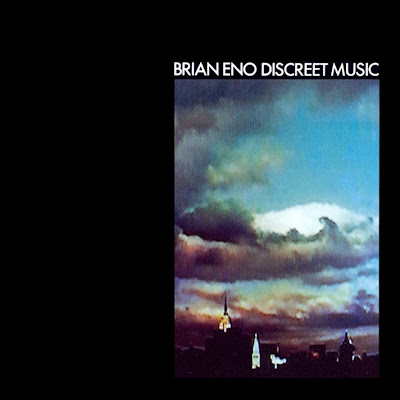 Recorded intermittently between 1975 and 1978, Music for Films compiles moody, instrumental electronic pieces intended as soundtrack material for imaginary motion pictures; the songs are brief and fragmentary, ranging from the haunting to the luminous, densely layered.

Although it's his Music For Airports album, his work with Roxy Music, and his collaborations with David Byrne and other artists are the ones that have been talked about the most, this is an album that is just as good in my opinion (which is a collaboration with many different people as well). Comprised of work recorded over a 2-year period of time, some of the 18 tracks were actually used in films, while others were not. The short tracks (ranging from one and a half minutes to just over four) are all fairly stripped-down ambient, but unlike the aforementioned Music For Airports, never linger on enough to get to the point of being too repetitive. If anything, some of them feel like they end just as they're beginning. Perhaps it's just a generational difference that Eno prefers to keep things short, while many current ambient artist choose to stretch things out into longer, sprawling works. As mentioned before, Eno collaborates with lots of different people on the album and most of the contributions are that of one instrument in a track. Phil Collins, Robert Fripp, and John Cale (as well as several others) all add their respective touches to different tracks, and even though there are so many people working on the album (and so many different tracks), the album is surprisingly cohesive. The release starts out with a track that sounds very similar to something from Music For Airports, with it's chiming minimal sound, followed by one of the prettiest tracks "From The Same Hill." Over some warm, quiet washes of sound, a plucked acoustic guitar gives the track a simple, fragile sound. If you enjoy ambient music and want an idea of some of the roots of the genre, this is really one of those essential releases. Since the time that the pieces were composed (the late 70s), Eno has continued to create lots of music (as well as art installations and interactive pieces), but his early work proves that he has always been important as a musician and innovator. 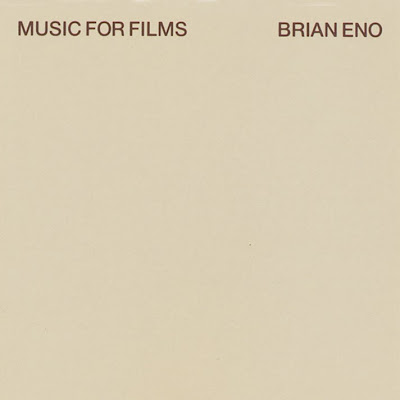