Hello, Into The Groove had a wide ranging scope within the rhotation format, it pretends to be fridaynight music, and you know there's bars and bars, today we start at the singles again bar, with a compilation aptly called Back To Mono, admittedly the music here is 40 years old so, well after a few glasses too many everything becomes stereo again and thoose grooves in the face disappear into the wall of sound. Next stop, a tea house or coffeeshop as they are known in the Netherlands, chill funk by nine true rastafarians, Cymande..There's always somewhere an eighties/disco party going on, and what would it be without some spirit lifting Earth Wind & Fire..finally as a bonus , the music that inspired the Ill of the Beastie Boys , Ll Cool J, had no stumach to vinylrip the album, but then i had an EP for 18 months in my preps directory, so finally it gets a posting after all.

Last word, i hope you liked the Celebration week (those that found it that is, i noticed just a third of my visitors coming in at the front page, the others will hopefully be surprised later), anyway i enjoyed compiling it. That said i'm amazed that i kept this tempo up for more then a year on end..but no more, there's other things to do, watch and listen. I will continue at Transgloballs.

Best of luck to you all

Spector was born on December 26, 1939 to a lower middle class Jewish family in the Bronx in New York City. His grandfather emigrated from Russia. Spector changed his last name from 'Spektor' to 'Spector'. As the originator of the "Wall of Sound" production technique, Spector was a pioneer of the 1960s girl group sound and clocked in over twenty-five Top 40 hits between 1960 and 1965, Primarily with the Crystals and the Ronettes.

Spector's trademark during that era was the so-called Wall of Sound, a production technique yielding a dense, layered effect that reproduced well on AM radio and jukeboxes. To attain this signature sound, Spector gathered large groups of musicians (playing some instruments not generally used for ensemble playing, such as electric and acoustic guitars) playing orchestrated parts — often doubling and tripling many instruments playing in unison — for a fuller sound. Spector himself called his technique "a Wagnerian approach to rock & roll: little symphonies for the kids". Often called a mad genius because of his eccentric and temperamental behavior, Spector's idiosyncrasies were almost always validated by the artistic and commercial results of his sessions, which combined dozens of instruments and innovative production techniques into end products which only he could combine into works of art. His influence was immense, not only in the dozens of imitation Wall of Sound productions (some very accurate and worthy, it must be added) that flooded the market between 1962 and 1965, but as an inspiration to Brian Wilson of the Beach Boys, Rolling Stones producer Andrew Loog Oldham, and others.

By the mid sixties Spector's teen operas were becoming out of fashion, although he enjoyed a lot of success with blue-eyed soul duo the Righteous Brothers specially with You've Lost That Lovin' Feelin'", ( listed by BMI as the song with the most U.S. air play in the 20th century). After the failure of Ike & Tina Turner's 1966 single "River Deep, Mountain High" -- which he always considered among his greatest achievements, (although it was a big hit in Britain) -- he retired to his L.A. mansion, marrying Ronnie Bennett, lead singer of the Ronettes. In later years he worked with such artists as John Lennon, George Harrison and the Ramones with similar success, including production work on the Academy Award winning Let It Be and Grammy Award winning Concert for Bangladesh soundtracks. In 1989, Spector was inducted into the Rock and Roll Hall of Fame as a non-performer.

The 2003 shooting death of actress Lana Clarkson in his Alhambra, California home led to his being charged with murder in the second degree. His first trial ended in a mistrial; his second trial resulted in a conviction of second degree murder on April 13, 2009. In addition he was found guilty of using a firearm in the commission of a crime.Spector was immediately taken into custody and will be formally sentenced on May 29, 2009.

At the time Back to Mono was released in 1991, Phil Spector's reputation as one of pop's great visionaries was intact, but there was no way to hear his genius. It wasn't just that there were no collections spotlighting his productions, there weren't collections of artists he produced. It wasn't until Back to Mono that there was a thorough overview of Spector's greatest work, and while it's not without flaws, it still stands as one of the great box sets. Later it was released as 4 seperate albums.

Cymande (pronounced Sah-mahn-day) were an eclectic band who released several albums throughout the early 1970s. The group was formed in 1971 in London, England by musicians from Guyana and Jamaica. The name Cymande is derived from a Calypso word for Dove, which symbolizes peace and love. Although underappreciated and woefully overlooked during their original tenure together, the fine early-'70s outfit Cymande was one of the first to merge African rhythms with rock, funk, reggae, and soul. Comprised of members who hailed from such exotic locales as Guyana, Jamaica, and St. Vincent, the nine-man lineup (who were all entirely self-taught) contained Steve Scipio (bass), Ray King (vocals, percussion), Derek Gibbs (alto/soprano), Pablo Gonsales (congas), Joey Dee (vocals, percussion), Peter Serreo (tenor), Sam Kelly (drums), Mike Rose (alto, flute, bongos), and Patrick Patterson (guitar). The band issued a total of three releases: 1972's self-titled debut (which spawned one of their best-known songs, "The Message," peaking at number 22 on the domestic R&B charts in 1974), 1973's Second Time Round, and 1974's Promised Heights -- before splitting up.

However, by the '90s, Cymande became the recipient of a strong cult following as another track from their debut, "Bra," was included on the soundtrack to Spike Lee's motion picture Crooklyn, and several of their songs were sampled by rap artists (including Raze, Master Ace, MC Solaar, De La Soul, DJ Kool, and the Fugees). Due to sudden interest in Cymande, a pair of compilations were issued --Cymande can now be seen as one of the most sophisticated of the funk acts that evolved in the early 1970s. Members of the band reunited for a performance in Brighton (UK) on May 19, 2006 during the UK Funk All-Stars night at the Corn Exchange. It formed part of the Brighton Festival 2006. 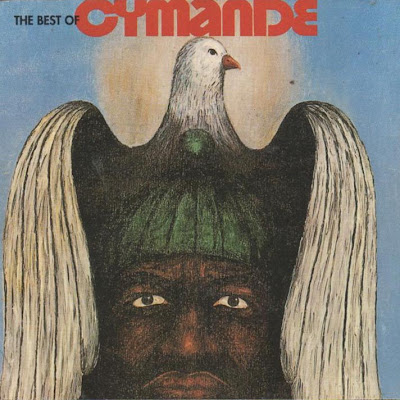 Earth, Wind & Fire were one of the most musically accomplished, critically acclaimed, and commercially popular funk bands of the '70s. Conceived by drummer, bandleader, songwriter, kalimba player, and occasional vocalist Maurice White, EWF's all-encompassing musical vision used funk as its foundation, but also incorporated jazz, smooth soul, gospel, pop, rock & roll, psychedelia, blues, folk, African music, and, later on, disco. The band could harmonize like a smooth Motown group, work a simmering groove like the J.B.'s, or improvise like a jazz fusion outfit. Plus, their stage shows were often just as elaborate and dynamic as George Clinton's P-Funk empire.

After numerous line up changes their career took of in 75, when they scored a movie that flopped but they had the good sense to release the soundtrack beforehand, That's the Way of the World contained their first no 1 hit -Shining Star album sales went platinum and EW& F was in business. 1977's All n' All was another strong effort that charted at number three and spawned the R&B smashes "Fantasy" and the chart-topping "Serpentine Fire"; meanwhile, the Emotions topped the pop charts with the White-helmed smash "Best of My Love." The following year, White founded his own label, ARC, and EWF appeared in the mostly disastrous film version of Sgt. Pepper's Lonely Hearts Club Band, turning in a fine cover of the Beatles' "Got to Get You Into My Life" that became a Top Ten pop hit .

1979's I Am contained EWF's most explicit nod to disco, a smash collaboration with the Emotions called "Boogie Wonderland" that climbed into the Top Ten. The ballad "After the Love Has Gone" did even better, falling one spot short of the top. Although I Am became EWF's sixth straight multi-platinum album, there were signs that the group's explosion of creativity over the past few years was beginning to wane. The eighties, again saw numerousline up changes and limited chart success, as a consequence they were dropped by their label Columbia in 1990. EW &F returned on Reprise with the more traditional-sounding Millennium in 1993, but were dropped when the record failed to recapture their commercial standing despite a Grammy nomination for "Sunday Morning". Tragedy struck that year when onetime horn leader Don Myrick was murdered in Los Angeles. Bailey and the White brothers returned once again in 1997 on the small Pyramid label with In the Name of Love. After 2003's The Promise, the group realigned itself with several top-shelf adult contemporary artists and released 2005's Illumination.

Born James Todd Smith on January 14, 1968, Ladies Love Cool James (LL Cool J) began his career in Queens, N.Y. when he was 16 years old, though he had been rapping since the age of nine. His grandfather bought him a mixing table and LL began to record tapes in his home. Inevitably, he sent his tapes to various record labels and finally interested Def Jam Productions. In 1984 they signed him and released his first single, "I Need A Beat." The single sold more than 100,000 copies and established LL Cool J in the rap industry. His debut album, I Can't Live Without My Radio, (which went platinum) was recorded in 1985 after LL left high school to pursue a career in music. Al 4 tracks from Radio