These historical recordings were difficult to find (usually on out of print compilations) for a long time, so it's gratifying to have them readily available in one place. The two important tape pieces here from the mid-'60s, "Come Out" and "It's Gonna Rain," have their sound sources originating in police brutality and apocalyptic evangelism. Reich takes his sources and turns them into two short tape loops repeated rapidly as they gradually go out of synch with each other -- what's revealed are the intricacies of the human voice. "Come Out" takes the voice fragment and turns it into a hall-of-mirror set of voices over shuffling beat and wah-wah that are actually a by-product of subtleties of the voice and almost unrecognizable as the original vocal sample. It becomes a scary psychedelic funk piece that Funkadelic or Can would have been proud of. "It's Gonna Rain" is similarly looped and phased as the preacher's admonition is transformed, moving in and out of synch as the piece progresses with the second part of the piece especially full of fierce, terrifying swirls of noise. After taking musique concrete to another level, Reich decided to try to make similar strides with instrumental music. The two other pieces here, "Piano Phase" and "Four Organs," represent this new direction in his work. Early Works is a must-have introduction for anyone interested in the roots of minimalist music. 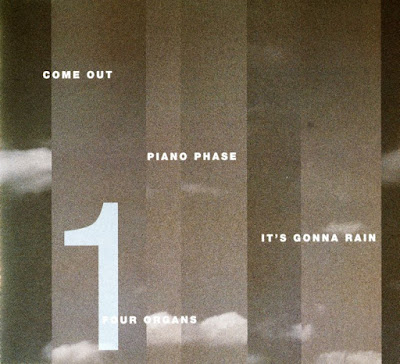 Along with Terry Riley's In C and perhaps Glass' early piano music, Drumming defined the essential component of this new form of music: a transparent process that could imperceptibly lead to bewildering complexity. Crucially, Reich added an extra ingredient: rhythms derived from his studies of West African drumming, giving the work an inherent vitality sometimes missing from his contemporaries. Drumming is a 75-minute piece laid out in four sections, one apiece for small tuned drums (played with mallets), marimbas, and glockenspiels, ending with a combination of all three plus the addition of voices mimicking the percussion. Beginning with a single struck drum, notes are added little by little, apparently simply filling the voids between them but, almost before the listener realizes it, suddenly being heard as new rhythmic patterns themselves, taking on a miraculously shifting guise. One can virtually choose to hear any of a number of rhythms depending on how one organizes the sounds in one's head. Indeed, Reich allowed his musicians to "discover" various rhythms for themselves and accent them accordingly. The process is fairly similar in each section, the palette changing from the beautifully resonant drums to the luscious marimbas to glockenspiels, the massed character of which add an extra element: ringing overtones. In Drumming, Reich arrived at the perfect combination of intellectual rigor and corporeal sensuousness, neither side predominating, both in clear and glorious presence. 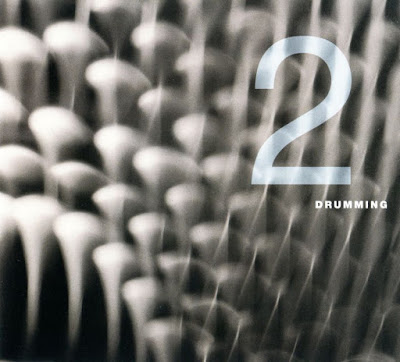 Music for Mallet Instruments, Voices and Organ is a preliminary step down the path Reich would take in coming years, using longer melodic lines and a looser, more expansive rhythmic system. Very beautiful in and of itself, one can't help but think that the composer really made his major statement earlier, in Drumming, and that much of what would follow would be elaboration on those basic ideas. 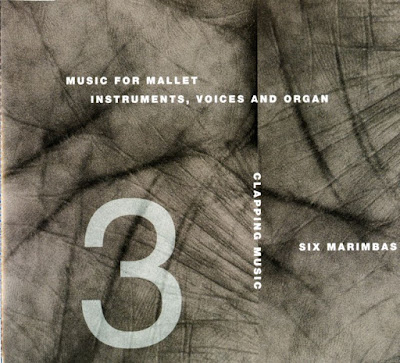 If Steve Reich's Music for 18 Musicians is simply described in terms of its materials and organization -- 11 chords followed by 11 pieces built on those chords -- then it might seem utterly dry and monotonous. The actual music, though, is far from lackluster. When this recording was released in 1978, the impact on the new music scene was immediate and overwhelming. Anyone who saw potential in minimalism and had hoped for a major breakthrough piece found it here. The beauty of its pulsing added-note harmonies and the sustained power and precision of the performance were the music's salient features; and instead of the sterile, electronic sound usually associated with minimalism, the music's warm resonance was a welcome change. Yet repeated listening brought out a subtle and important shift in Reich's conception: the patterns were no longer static repetitions moving in and out of phase with each other, but were now flexible units that grew organically and changed incrementally over the course of the work. This discovery indicated a promising new direction for Reich, one that put him ahead of his peers by giving his music greater interest and adaptability and led to the more elaborate works of the next two decades. 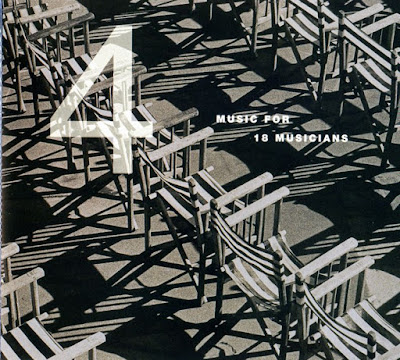 Any chance of a reup on early Steve Reich after the brilliant Charles Hazelwood Tones and Drones doc.
Thanks
Lee

Thank you for sharing your Xcess! It has been a long week for me. I'm ready for the weekend.

A year has passed since the last reup of this post. Could you please reupload these albums? This is my first request of the week (http://rho-xs.blogspot.com/2016/11/sundaze-1647.html).

I hope you have a great weekend!

Thank you so much for the reups and generosity.

Thanks you very much Rho, for the re-re ups of Steve Reich.
Will this continue in the series? Hope so.
Cheers
E