Today's artist is was born Astrud Evangelina Weinert, the daughter of a Brazilian mother and a German father, in the state of Bahia, Brazil. She was raised in Rio de Janeiro. She married João Gilberto in 1959 and emigrated to the United States in 1963, residing in the U.S. from that time. Astrud and João divorced in the mid-1960s and she began a relationship with her musical partner, American jazz saxophone player Stan Getz.... N'Joy

The honey-toned chanteuse on the surprise Brazilian crossover hit "The Girl From Ipanema," Astrud Gilberto parlayed her previously unscheduled appearance (and professional singing debut) on the song into a lengthy career that resulted in nearly a dozen albums for Verve and a successful performing career that lasted into the '90s. Though her appearance at the studio to record "The Girl From Ipanema" was due only to her husband João, one of the most famed Brazilian artists of the century, Gilberto's singular, quavery tone and undisguised naïveté propelled the song into the charts and influenced a variety of sources in worldwide pop music.

Born in Bahia, Gilberto moved to Rio de Janeiro at an early age. She'd had no professional musical experience of any kind until 1963, the year of her visit to New York with her husband, João Gilberto, in a recording session headed by Stan Getz. Getz had already recorded several albums influenced by Brazilian rhythms, and Verve teamed him with the cream of Brazilian music, Antonio Carlos Jobim and João Gilberto, for his next album. Producer Creed Taylor wanted a few English vocals for maximum crossover potential, and as it turned out, Astrud was the only Brazilian present with any grasp of the language. After her husband laid down his Portuguese vocals for the first verse of his and Jobim's composition, "The Girl From Ipanema," Astrud provided a hesitant, heavily accented second verse in English.

Not even credited on the resulting LP, Getz/Gilberto, Astrud finally gained fame over a year later, when "The Girl From Ipanema" became a number five hit in mid-1964. The album became the best-selling jazz album up to that point, and made Gilberto a star across America. Before the end of the year, Verve capitalized on the smash with the release of Getz Au Go Go, featuring a Getz live date with Gilberto's vocals added later. Her first actual solo album, The Astrud Gilberto Album, was released in May 1965. Though it barely missed the Top 40, the LP's blend of Brazilian classics and ballad standards proving quite infectious with easy listening audiences.

Though she never returned to the pop charts in America, Verve proved to be quite understanding for Astrud Gilberto's career, pairing her with ace arranger Gil Evans for 1966's Look to the Rainbow and Brazilian organist/arranger Walter Wanderley for the dreamy A Certain Smile, a Certain Sadness, released later that year. She remained a huge pop star in Brazil for the rest of the 1960s and '70s, but gradually disappeared in America after her final album for Verve in 1969. In 1971, she released a lone album for CTI (with Stanley Turrentine) but was mostly forgotten in the U.S. until 1984, when "Girl From Ipanema" recharted in Britain on the tails of a neo-bossa craze. Gilberto gained worldwide distribution for 1987's Astrud Gilberto Plus the James Last Orchestra and 2002's Jungle.

Gilberto received the Latin Jazz USA Award for Lifetime Achievement in 1992, and was inducted into the International Latin Music Hall of Fame in 2002. In 1996, she contributed to the AIDS benefit album Red Hot + Rio produced by the Red Hot Organization, performing the song "Desafinado" along with George Michael. Although she did not officially retire, Gilberto announced in 2002, that she was taking "indefinite time off" from public performances.

Astrud Gilberto became an accidental success when her fragile command of English made her the de facto choice to sing "The Girl from Ipanema" at a session led by Stan Getz and her husband, João Gilberto. Of course, despite its overwhelming success, it wasn't clear that she could sustain a career when she recorded her first solo LP, The Astrud Gilberto Album. She had sounded more like an amateurish novelty act than a recording professional, her voice was sweet but fragile, and the Getz/Gilberto album had featured two strong voices, with Gilberto herself an afterthought (albeit a commercially effective afterthought). But The Astrud Gilberto Album was at least as good as Getz/Gilberto (despite what jazz fans say), for several reasons. The Brazilian repertoire plays particularly well to traditionally weak vocalists, her voice was yet more sweet than had been heard previously, and as before, the record featured two strong leaders -- arranger Marty Paich and the incomparable Antonio Carlos Jobim. Paich's strings positively coated the album with radiance, and his choices for lead instrumental voices -- Bud Shank's flute, João Donato's piano, Jobim's guitar -- complemented her vocals perfectly. Gilberto sounded beautiful on a range of material, from the sentimental "Dindi" to the playful "Agua de Beber," and as long as intelligent musicians were playing to her strengths (as they do here), the results were splendid. 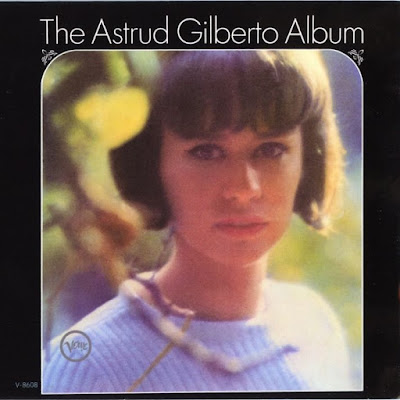 For her second Verve LP, Astrud Gilberto expanded her range from a raft of Gilberto/Jobim standards to embrace the large and obviously daunting catalogue of classic American pop. With arrangements by Don Sebesky and Claus Ogerman (as well as two by country-mate João Donato), The Shadow of Your Smile can't help but shine a bright spotlight on Gilberto's weak voice, especially when she's singing material previously enlightened by singers with the weight of Frank Sinatra or Sarah Vaughan. Even the intimate, understated arrangements on songs like "Day by Day," the title track, and "Fly Me to the Moon" overshadow the chanteuse's limited range. Brazilian material like the five songs by Luiz Bonfá make for better listening, though the preponderance of flutes, strings, and muted trumpet in the arrangements is very mid-'60s, for better and worse. (And the notes' description of "O Ganso" as an "exercise in vocalise based on bah and dah sounds" is being more than generous.) Certainly, no American vocalist could hope to equal the tortured syntax and somehow endearing performances on these songs; still, Verve did much better by Gilberto later on when they gave her good-time Brazilian songs to sing and didn't attempt to force comparison with standard jazz/pop vocalists. 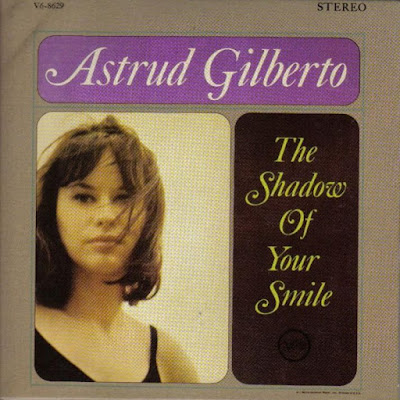 Astrud Gilberto - The Shadow Of Your Smile  (flac  154mb)

This was a beautiful bossa nova record of Astrud Gilberto's vocal stylings...All the material (32:13) here, with the exception of "Learn to Live Alone" and "Pretty Place," which were arranged by Al Cohn, were arranged by Gil Evans. With the exception of a Johnny Coles trumpet solo, the personnel was uncredited on this 1966 recording. Discographies have credited Bob Brookmeyer (valve trombone), Kenny Burrell (guitar), and Grady Tate (drums), but except for a few bars of sax, there was no solo indivdualism in this large Creed Taylor-produced orchestra. 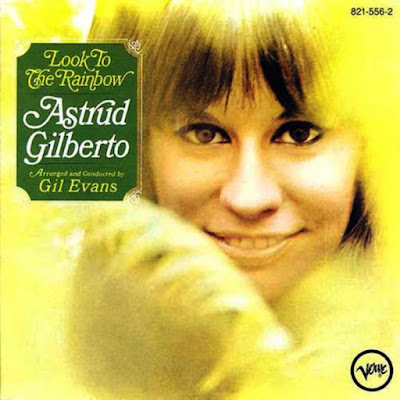 In 1966, the bossa nova craze was at a peak, and A Certain Smile, A Certain Sadness marked a collaboration between two of its biggest stars -- vocalist Astrud Gilberto, brought to fame by her classic rendition of "The Girl from Ipanema," and organist Walter Wanderley. Even though the album is good, it is not as exciting as one might hope. While the music is remarkably innocent and sweet, with just a little underlying touch of sadness beneath the joyous, even naïve, surface, Gilberto and Wanderley do not always seem to work together on these tracks -- it often appears as if each is performing in a universe of his or her own. That being said, there are many bright sides to the album, too: Wanderley's organ playing is as enthusiastic and fluffy as ever, while Gilberto's singing (in both English and Portuguese) remains smile-inducing. Both manage to create an incredibly warm sound, and when Wanderley plays some piano (as on the beautiful "A Certain Sadness"), you can sense a spark between the two. So, while A Certain Smile, A Certain Sadness might not be the most successful album of all time, it is still a nice record that fans of either Gilberto or Wanderley will want to have. And -- even though one tends to use the word "cocktail lounge music" -- their rendition of "Tristeza" is simply irresistible, easy listening or not. 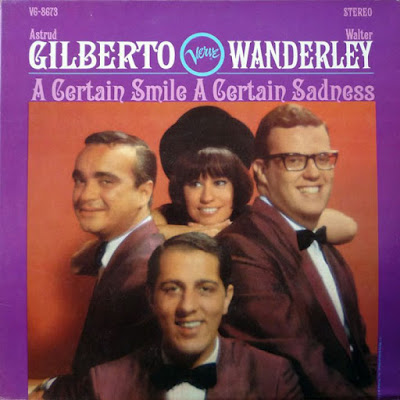 Thanks for sharing these great collections. I have a "Greatest Hits" but it's good to dig into these in depth.