Today's artist is a very busy body who has produced 40 something in albums in the 39 years he's been on the scene, clearly the man doesn't need any extra stimulus and i suppose he ain't someone to chill out with. He's an Liverpudlian musician, singer-songwriter, and record producer. He began his career as part of London's pub rock scene in the early 1970s and later became associated with the first wave of the British punk and new wave movement that emerged in the mid-to-late 1970s. His critically acclaimed debut album, My Aim Is True, was released in 1977......N'Joy

Elvis Costello coproduced this 1986 album with roots-rock maestro T-Bone Burnett, creating a deeply personal and affecting series of songs that shade beautifully between folk and country. Stripping away much of the excess that cluttered Punch the Clock and Goodbye Cruel World, Elvis Costello returned to his folk-rock and pub rock roots with King of America, creating one of his most affecting and personal records. Costello literally took on the album as a return to roots, billing himself by his given name Declan MacManus and replacing the Attractions with a bunch of L.A. session men (although his old band appears on one cut), who give the album a rootsy but sleek veneer that sounds remarkably charged after the polished affectations of his Langer/Winstanley productions. And not only does the music sound alive, but so do his songs, arguably his best overall set since Trust. Working inside the limits of country, folk, and blues, Costello writes literate, introspective tales of loss, heartbreak, and America that are surprisingly moving -- he rarely got better than "Brilliant Mistake," "Glitter Gulch," "American Without Tears," "Big Light," and "Indoor Fireworks." What separates King of America from the underrated Almost Blue is that Costello's country now sounds lived-in and worn, bringing a new emotional depth to the music, and that helps make it one of his masterpieces. 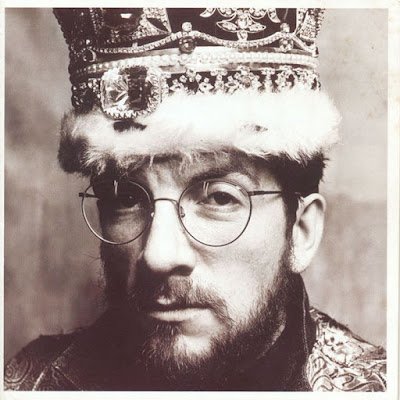 Elvis Costello returned to the Attractions as quickly as he abandoned them, hiring the band and old producer Nick Lowe to record Blood & Chocolate, his second record in the span of one year. Where King of America was a stripped-down roots rock affair, Blood & Chocolate is a return to the harder rock of This Year's Model. Occasionally, there are hints of country and folk, but the majority of the album is straight-ahead rock & roll: the opener, "Uncomplicated," only has two chords. The main difference between the reunion and the Attractions' earlier work is the tone -- This Year's Model was tense and out of control, whereas Blood & Chocolate is controlled viciousness. "Tokyo Storm Warning," "I Hope You're Happy Now," and "I Want You" are the nastiest songs he has ever recorded, both lyrically and musically -- Costello snarls the lyrics and the Attractions bash out the chords. Blood & Chocolate doesn't retain that high level of energy throughout the record, however, and loses momentum toward the end of the album. Still, it's a lively and frequently compelling reunion, even if it is a rather mean-spirited one. 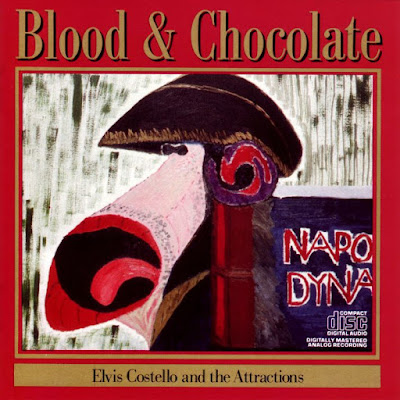 Elvis Costello and The Attractions - Blood and Chocolate (flac 273mb)

Throughout his career Elvis Costello has always been prolific; thus it was surprising, even given the change in record labels for the US, when he took a whole 20 months between Blood & Chocolate and this follow-up. But the musical growth he exhibits makes the wait worthwhile. This is an ambitious album, with Costello working with multiple collaborators, genres, and sounds. He's feeling expansive, and also more direct than at times in the past. But nothing seems jarring in juxtaposition here--it all flows as one, held together by a distaste for current political and cultural trends. The musical settings range from the stark folk of "Tramp the Dirt Down" to the pop sprightliness of "Veronica" (a collaboration with Paul McCartney that became Costello's first American Top 20 hit) and the New Orleans jazz sound of "Deep Dark Truthful Mirror," featuring the Dirty Dozen Brass Band. The lyrics are among his best. 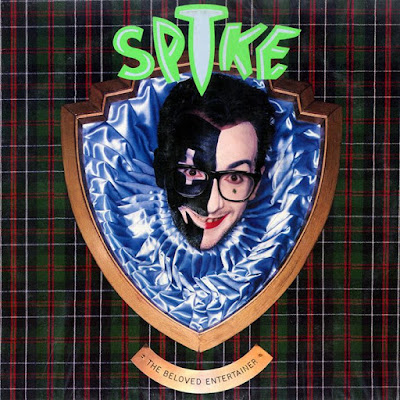 Rho, could you please repost Spike from Elvis Costello? Thanks, Mike

Was I too early? This post is 2 years old. Sorry about that. Mike